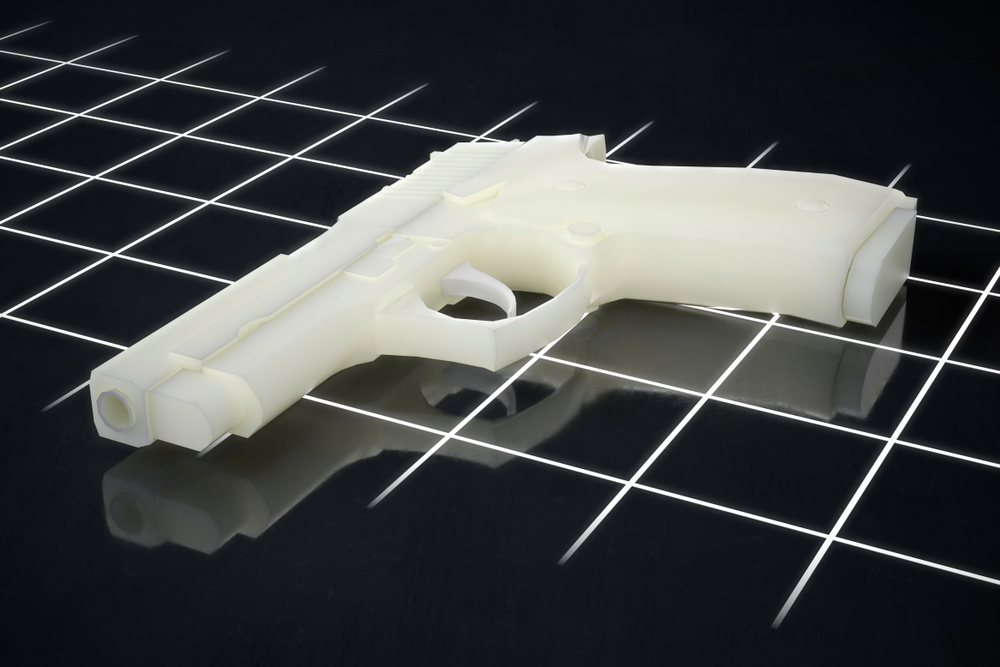 While three-dimensional (3D) printing has opened up new possibilities across a variety of sectors within manufacturing and R&D,   the technology has also created opportunities for amateurs to print their own, typically untraceable, firearms

“3D printing opened another door for those kinds of unethical criminal activities.. Anyone who can get gun designs online can make his own homemade 3D printed gun,” said Wenyao Xu, PhD, an associate professor of computer science and engineering at the University of Buffalo School of Engineering and Applied Sciences

Xu and a team of researchers are working on a solution.  They’ve developed a new technology dubbed “PrinTracker” that they said can fingerprint the specific printer that a 3D printed item originated from, enabling law enforcement agencies to track the origin of 3D-printed guns, counterfeit products and other goods.

Discovering the ability to “fingerprint” items from a 3D printer was initially surprising, said Xu in an interview with R&D Magazine.

“We thought all of 3D printers are uniform, but we identified that there is a unique signature on each product,” Xu said. “As technology evolves, the impact of our work is to let people know there is a fingerprint of a 3D printer.”

Similar to common inkjet printers, 3D printers move back-and-fourth while printing an object. However, instead of the inks used for conventional printers, 3D printer nozzles discharge a filament, such as plastic, in layers until a three-dimensional object is formed.

Each layer of a 3D-printed object contains small wrinkles—that are generally measured in submillimeters—called in-fill patterns that are supposed to be uniform in an ideal world.

However, the printer’s model type, filament and nozzle size are among the factors that cause slight imperfections in the patterns and result in an object that does not perfectly match the design plan.

For example, a printer could be ordered to create an object with half-millimeter in-fill patterns, but the actual object has patterns that vary 5-to-10 percent from the design plan. Similar to a person’s fingerprint, the patterns are unique, repeatable and ultimately can be traced back to the original 3D printer.

To test the new system, the researchers created five door keys from 14 common 3D printers, 10 of which are fused deposition modeling (FDM) printers and four that are stereolithography (SLA) printers. Digital images of each key was produced using a common scanner. The researchers then enhanced and filtered each image to identify the elements comprising the in-fill pattern.

The researchers then created an algorithm to align and calculate the variations of each key to verify the authenticity of the fingerprint.

PrinTracker was able to match each key to the printer it originated from 99.8 percent of the time.

About 10 months later, the researchers ran a separate series of tests to determine if additional usage of the printers would influence the system’s ability to match objects to their printer. Despite the extended period, PrinTracker was equally successful matching the key with the specific printer.

The researchers conducted another test, where PrinTracker proved with 92 percent accuracy that it could identify the original printer, despite efforts to damage the keys in various ways to obscure their identity.

According to Xu, the researchers are currently working with 3D printing vendors in an effort to expand the study.

“We would like to work with them to validate our technology with a larger sample size and test the scalability of our technology,” he said.

Xu also said the research team has communicated with government agencies so both sides can brainstorm as to how the tracking system can be implemented for law enforcement purposes.

“The key challenge is going to be what is the limitation of the technology,” he said. “Right now the 3D printer resolution is in the millimeter.

“If in the future the technology evolves and becomes nanometer, how can we still find signatures from each 3D printer?” Xu added. “It’s time to look at the possible hazards of individualized manufacturing and computer science can contribute to this cyber security challenge.”

The researchers presented PrinTracker in Toronto at the Association for Computing Machinery’s Conference on Computer and Communications Security from Oct. 15-19.