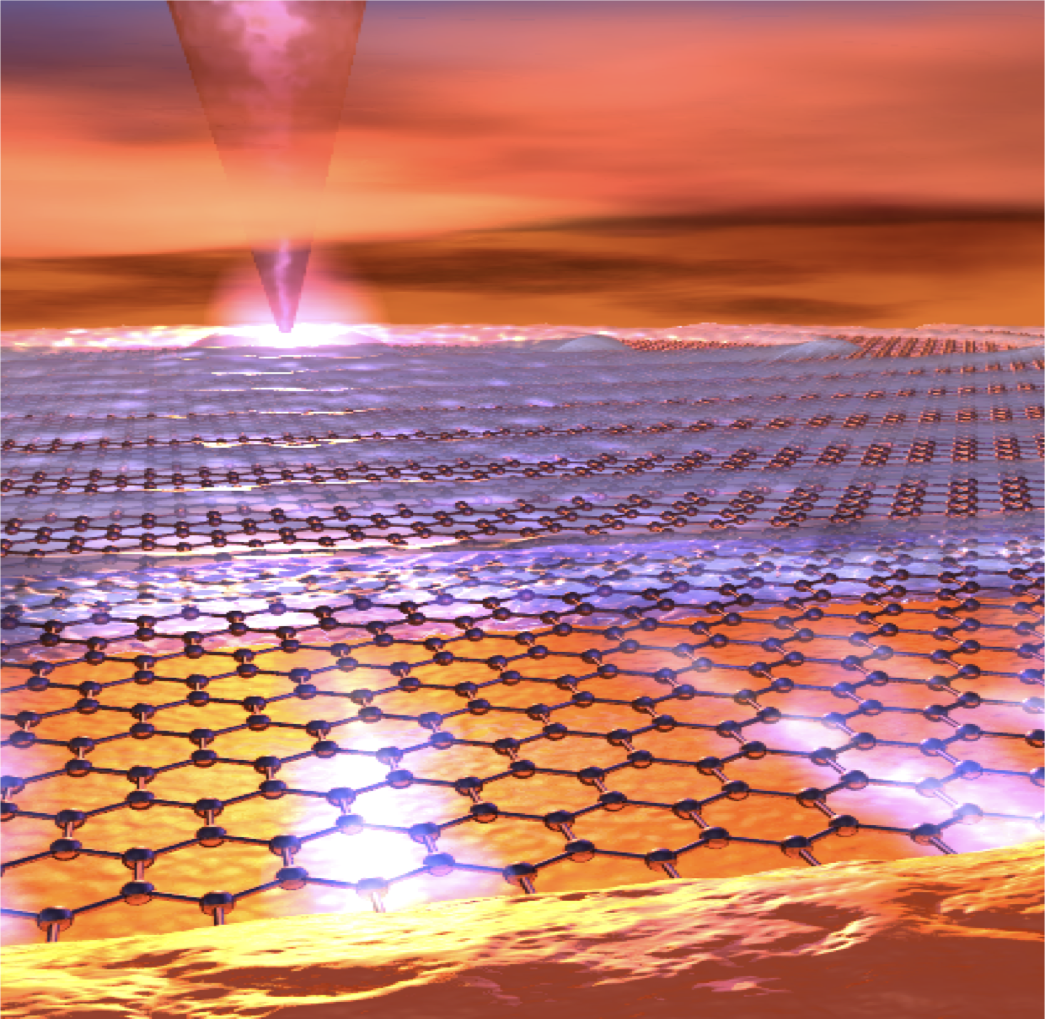 Electrons and light are moving in concert along the graphene sheet. Credit: ICFO/ F. Vialla

Researchers have studied how light can be used to observe the quantum nature of an electronic material. They captured light in graphene and slowed it down to the speed of the material’s electrons. Then electrons and light started to move in concert, manifesting their quantum nature at such large scale that it could observed with a special type of microscope.

The experiments were performed with ultra-high-quality graphene. To excite and image the ultra-slow ripples of light in the graphene (also called plasmons), the researchers used a special antenna for light that scans the surface at a distance of a few nanometers. With this near-field nanoscope, they saw that the light ripples on the graphene moved more than 300 times more slowly than light, dramatically diverging from what is suggested by classical physics laws.

The work has been published in Science by ICFO researchers Dr. Mark Lundeberg, Dr. Achim Woessner, led by ICREA Prof. at ICFO Frank Koppens, in collaboration with Prof. Hillenbrand from Nanogune, Prof. Polini from IIT and Prof. Hone from Columbia University.

In reference to the accomplished experiments, Prof. Koppens says, “Usually, it is very difficult to probe the quantum world, and to do so requires ultra-low temperatures; here we could observe it with light at room temperature.”

This technique paves the way for exploring many new types quantum materials, including superconductors or topological materials that allow for quantum information processing with topological qubits. In addition, Prof. Hillenbrand states that “this could just be the beginning of a new era of near field nanoscopy.”

Prof. Polini says, “This discovery may eventually lead to understanding in a truly microscopic fashion complex quantum phenomena that occur when matter is subject to ultra-low temperatures and very high magnetic fields, like the fractional quantum Hall effect.”