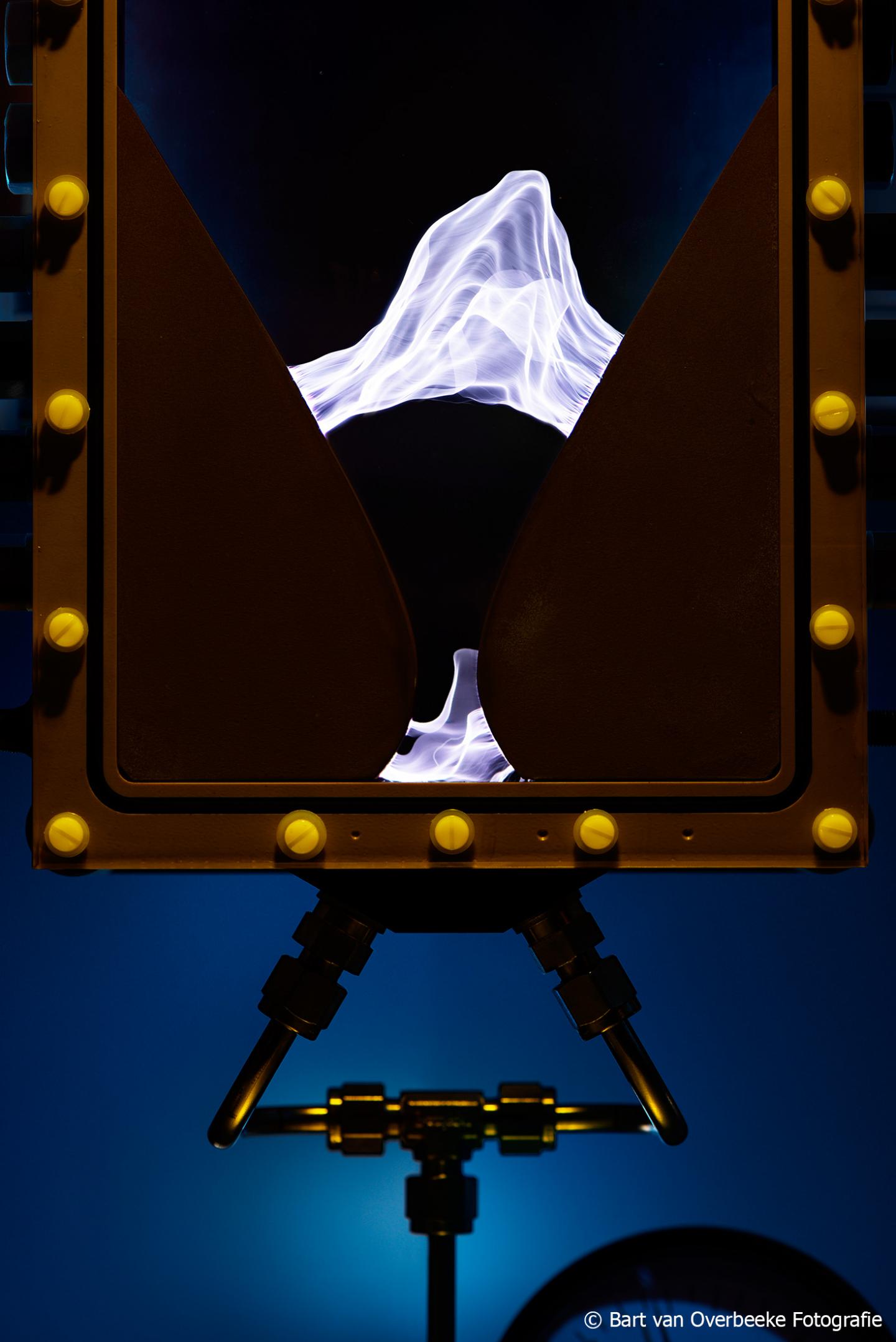 This is the Gliding Arc reactor. Source: Eindhoven University of Technology

African farmers who are able to produce their own fertilizer from only air. Bhaskar S. Patil brings this prospect closer with a revolutionary reactor that coverts nitrogen from the atmosphere into NOx, the raw material for fertilizer. His method, in theory, is up to five times as efficient as existing processes, enabling farms to have a small-scale installation without the need for a big investment. He receives his doctorate on 10 May at Eindhoven University of Technology (TU/e).

The production of one of the key raw materials for fertilizer, ammonia (NH3) or nitrogen oxide (NOx), is a very energy-intensive process that is responsible for about 2% of all global CO2 emissions. However, it is hardly possible any longer to cut the energy consumption via current production processes since the theoretically minimal feasible energy consumption has already been more or less reached.

So the Indian PhD candidate Patil sought alternative methods to produce ammonia and nitrogen oxides for his PhD research, building two types of reactor, the Gliding Arc (GA) reactor and the Dielectric Barrier Discharge (DBD) reactor. In his experiments the GA reactor in particular appeared to be the most suited to producing nitrogen oxides. In this reactor, under atmospheric pressure, a plasma-front (a kind of mini lightning bolt) glides between two diverging metal surfaces, starting with a small opening (2 mm) to a width of 5 centimeters. This expansion causes the plasma to cool to room temperature. During the trajectory of the ‘lightning’, the nitrogen (N2) and oxygen (O2) molecules react in the immediate vicinity of the lightning front to nitrogen oxides (NO and NO2).

Patil optimized this reactor and at a volume of 6 liters per minute managed to achieve an energy consumption level of 2.8 MJ/mole, quite an improvement on the commercially developed methods that use approximately 0.5 MJ/mole. With the theoretical minimum of Patil’s reactor, however, being that much lower (0.1 MJ/mole), in the long term this plasma technique could be an energy-efficient alternative to the current energy-devouring ammonia and nitrate production. An added benefit is that Patil’s method requires no extra raw materials and production can be generated on a small scale using renewable energy, making his technique ideally suited for application in remote areas that have no access to power grids, such as parts of Africa, for instance.

The German Evonik Industries, who was involved in this research project, is right now working on the further development of the reactor. In addition, another PhD student at TU/e has begun elaborating this technology into a concrete business cases. Apart from use at remote farms, this technique can also be used to stimulate the growth of plants in greenhouses and to store sustainable energy in liquid fuels.