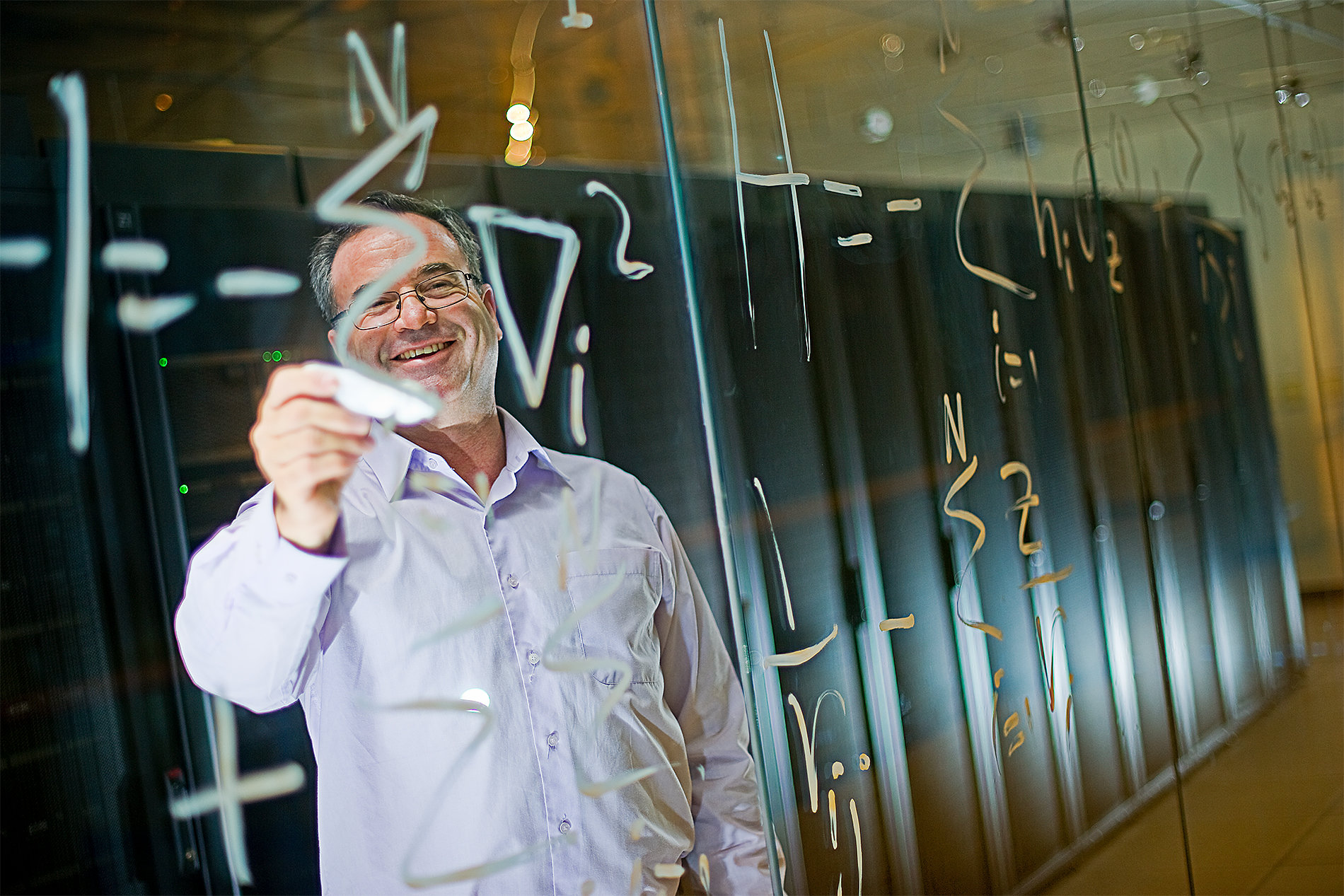 Every two seconds, sensors measuring the United States’ electrical grid collect 3 petabytes of data – the equivalent of 3 million gigabytes. Data analysis on that scale is a challenge when crucial information is stored in an inaccessible database.

But researchers at Purdue University are working on a solution, combining quantum algorithms with classical computing on small-scale quantum computers to speed up database accessibility. They are using data from the U.S. Department of Energy National Labs’ sensors, called phasor measurement units, that collect information on the electrical power grid about voltages, currents and power generation. Because these values can vary, keeping the power grid stable involves continuously monitoring the sensors.

Sabre Kais, a professor of chemical physics and principal investigator, will lead the effort to develop new quantum algorithms for computing the extensive data generated by the electrical grid.

“Non-quantum algorithms that are used to analyze the data can predict the state of the grid, but as more and more phasor measurement units are deployed in the electrical network, we need faster algorithms,” said Alex Pothen, professor of computer science and co-investigator on the project. “Quantum algorithms for data analysis have the potential to speed up the computations substantially in a theoretical sense, but great challenges remain in achieving quantum computers that can process such large amounts of data.”

The research team’s method has potential for a number of practical applications, such as helping industries optimize their supply-chain and logistics management. It could also lead to new chemical and material discovery using an artificial neural network known as a quantum Boltzmann machine. This kind of neural network is used for machine learning and data analysis.

“We have already developed a hybrid quantum algorithm employing a quantum Boltzmann machine to obtain accurate electronic structure calculations,” Kais said. “We have proof of concept showing results for small molecular systems, which will allow us to screen molecules and accelerate the discovery of new materials.”

A paper outlining these results was published Wednesday in the journal Nature Communications.

Machine learning algorithms have been used to calculate the approximate electronic properties of millions of small molecules, but navigating these molecular systems is challenging for chemical physicists. Kais and co-investigator Yong Chen, director of the Purdue Quantum Center and professor of physics and astronomy and of electrical and computer engineering, are confident that their quantum machine learning algorithm could address this.

Their algorithms could also be used for optimizing solar farms. The lifetime of a solar farm varies depending on the climate as solar cells degrade each year from weather, according to Muhammad Alam, professor of electrical and computer engineering and a co-investigator of the project. Using quantum algorithms would make it easier to determine the lifetime of solar farms and other sustainable energy technologies for a given geographical location and could help make solar technologies more efficient.

“We are close to developing the classical algorithms for this data analysis, and we expect them to be widely used,” Pothen said. “Quantum algorithms are high-risk, high-reward research, and it is difficult to predict in what time frame these algorithms will find practical use.”

The team’s research project was one of eight selected by the Purdue’s Integrative Data Science Initiative to be funded for a two-year period. The initiative will encourage interdisciplinary collaboration and build on Purdue’s strengths to position the university as a leader in data science research and focus on one of four areas: health care; defense; ethics, society and policy; fundamentals, methods, and algorithms. The research thrusts of the Integrative Data Science Initiative is hosted by Purdue’s Discovery Park.