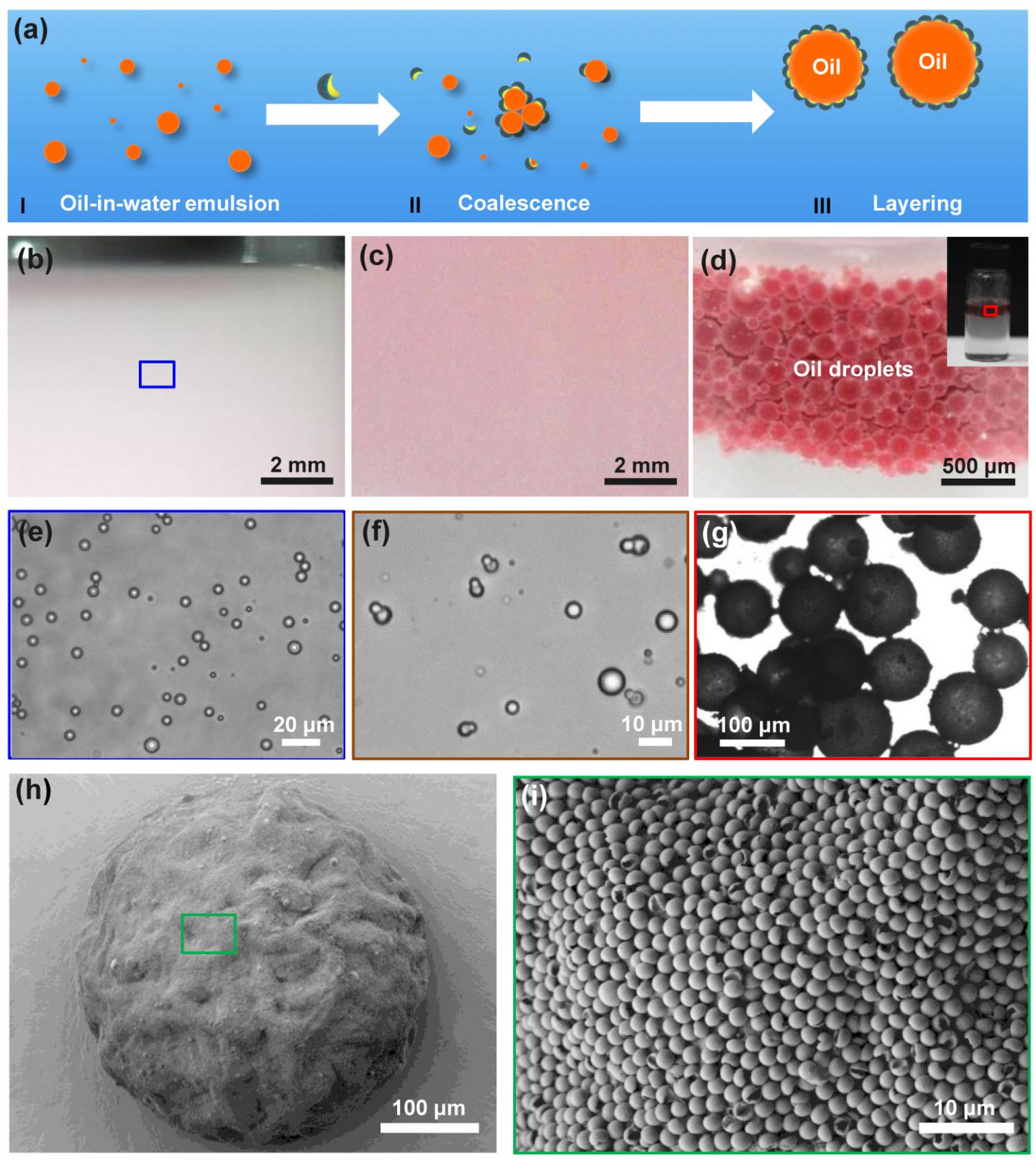 This is a mechanism for oil-water separation. Credit: Dr. SONG Yongyang

Recently, researchers from the Technical Institute of Physics and Chemistry of the Chinese Academy of Sciences (TIPCCAS) have developed an emulsion interfacial polymerization approach to synthesize anisotropic Janus particles with controllable topological and chemical anisotropy.

This method can also be expanded to large-area fabrication of two-dimensional Janus film actuators.

On the basis of these studies, the researchers recently synthesized hydrophilic/oleophilic magnetic Janus particles by emulsion interfacial polymerization and the interfacial assembly of Fe3O4 nanoparticles, realizing the rapid and efficient separation of micro-scaled tiny oil droplets from water.

When adding the hydrophilic/oleophilic magnetic Janus particles to the oil-in-water emulsion and subsequently shaking for one minute, the originally stable emulsion rapidly formed layers.

After manipulation with a magnetic field, the upper oil phase could be rapidly attracted toward the magnet. The whole process was accomplished in two minutes. The separation achieved a high efficiency (>99%) and is applicable to various oils and various oil contents.

These particles provide a good candidate for application in the clean-up of industrial wastewater and water purification.