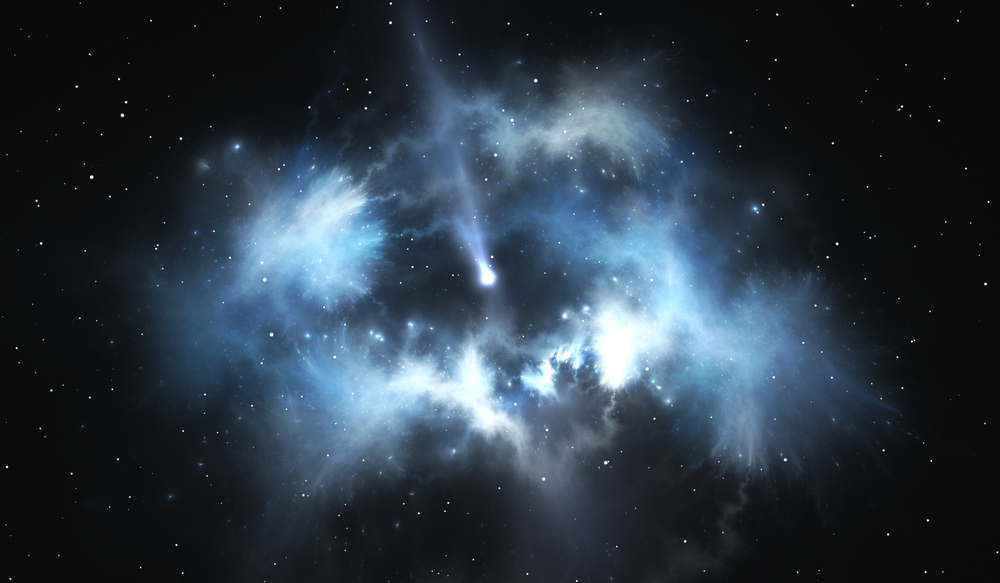 One of the most active and exciting questions in modern science is how abundant planets with Earth-like atmospheres and surface conditions and therefore the potential for harbouring life are in the universe. Much recent research on this topic has focused on planets orbiting stars called M-dwarfs, which are smaller than our Sun and are the most numerous type of star in our solar system.

The primary driver of atmospheric losses to space is the central star that the planet is orbiting. Stars have strong magnetic fields, and these lead to the emission of high energy X-ray and ultraviolet radiation. These phenomena are known collectively as the star’s ‘activity’. At young ages, stars have high levels of activity, and therefore emit extremely large amounts of X-rays and ultraviolet radiation. As stars age, their activities decrease rapidly. Importantly for planets orbiting M-dwarfs, while the activities of stars like the Sun decrease rapidly after a few hundred million years, M-dwarfs often remain highly active for billions of years.

The high energy radiation is important because it is absorbed high in the atmosphere of a planet, causing the gas to be heated. For the Earth, the gas is heated to temperatures of more than 1000 degrees Celsius in the upper region known as the thermosphere. This is the region in which spacecraft such as satellites and the International Space Station fly. When orbiting young stars with high activity levels, the thermospheres of planets are heated to much higher temperatures which in extreme cases can cause the gas to flow away from the planet. How rapidly atmospheres in these cases are lost has so far not been explored in detail for Earth-like planets with Earth-like atmospheres.

Researchers based at the University of Vienna and the Space Research Institute of the ÖAW in Graz have calculated for the first time how rapidly an Earth-like atmosphere would be lost from a planet orbiting a very active young star. Their calculations have shown that extreme hydrodynamic losses of the atmosphere would take place, leading to an Earth-like atmosphere being entirely lost in less that one million years, which for the evolution of a planet is almost instantaneous.

These results have significant implications for the early evolution of the Earth and for the possibility of Earth-like atmospheres forming around M-dwarfs. For the Earth, the most likely explanation for why the atmosphere was not lost is that the early atmosphere was dominated by carbon dioxide, which cools the upper atmosphere by emitting infrared radiation to space, thereby protecting it from the heating by the early Sun’s high activity. The Earth’s atmosphere could not have become Nitrogen dominated, as it is today, until after several hundred million years when the Sun’s activity decrease to much lower levels.

More dramatically, the results of this study imply that for planets orbiting M-dwarf, the planets can only form Earth-like atmospheres and surfaces after the activity levels of the stars decrease, which can take up to several billion years. More likely is that many of the planets orbiting M-dwarf stars to have very thin or possible no atmospheres. In both cases, life forming in such systems appears less likely than previously believed.