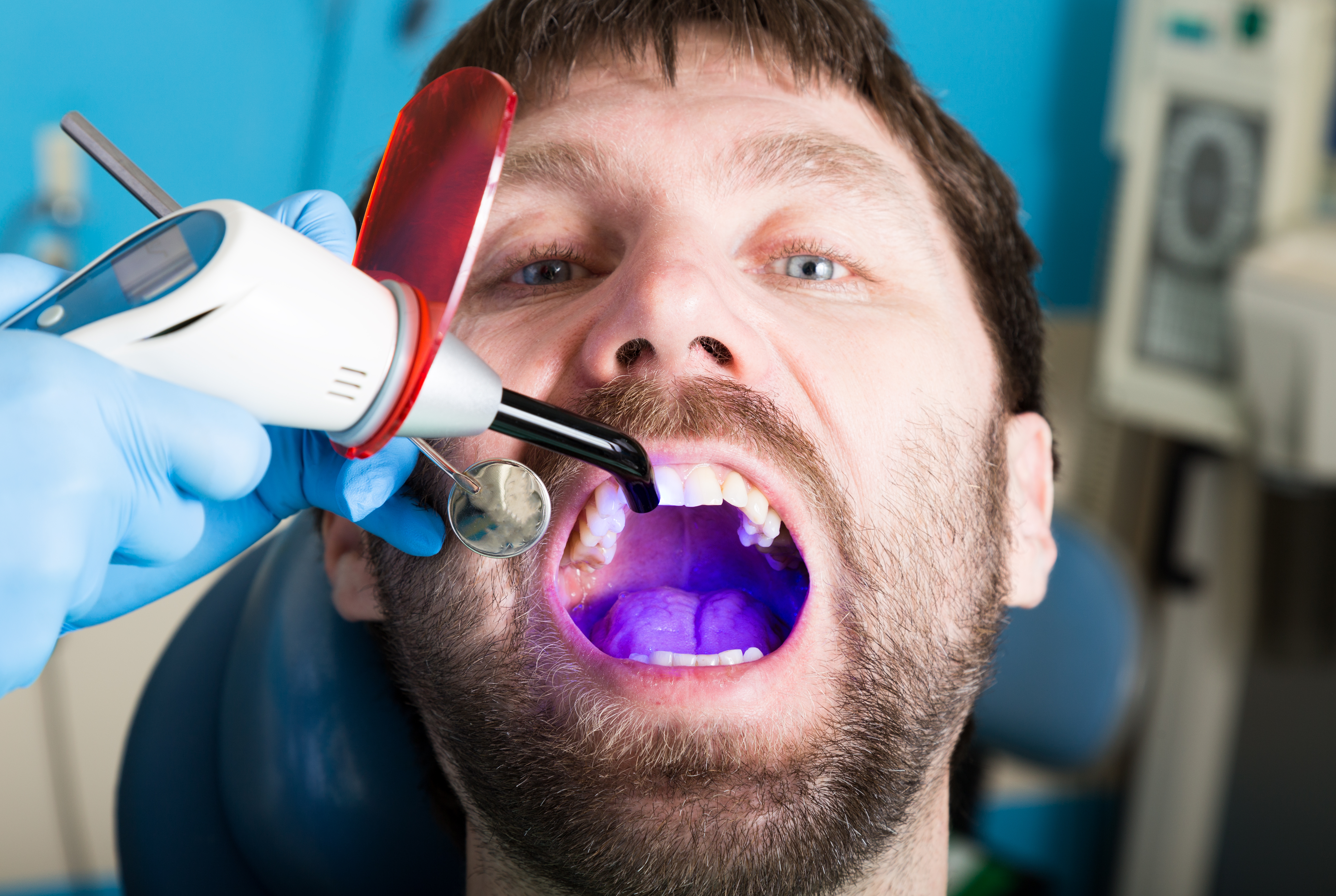 The bacteria that live in dental plaque and contribute to tooth decay often resist traditional antimicrobial treatment, as they can “hide” within a sticky biofilm matrix, a glue-like polymer scaffold.

A new strategy conceived by University of Pennsylvania researchers took a more sophisticated approach. Instead of simply applying an antibiotic to the teeth, they took advantage of the pH-sensitive and enzyme-like properties of iron-containing nanoparticles to catalyze the activity of hydrogen peroxide, a commonly used natural antiseptic. The activated hydrogen peroxide producedfree radicals that were able to simultaneously degrade the biofilm matrix and kill the bacteria within, significantly reducing plaque and preventing the tooth decay, or cavities, in an animal model.

“Even using a very low concentration of hydrogen peroxide, the process was incredibly effective at disrupting the biofilm,” said Hyun (Michel) Koo, a professor in the Penn School of Dental Medicine’s Department of Orthodontics and divisions of Pediatric Dentistry and Community Oral Health and the senior author of the study, which was published in the journal Biomaterials. “Adding nanoparticles increased the efficiency of bacterial killing more than 5,000-fold.”

The paper’s lead author was Lizeng Gao, a postdoctoral researcher in Koo’s lab. Coauthors were Yuan Liu, Dongyeop Kim, Yong Li and Geelsu Hwang, all of Koo’s lab, as well as David Cormode, an assistant professor of radiology and bioengineering with appointments in Penn’s Perelman School of Medicine and School of Engineering and Applied Science, and Pratap C. Naha, a postdoctoral fellow in Cormode’s lab.

The work built off a seminal finding by Gao and colleagues, published in 2007 in Nature Nanotechnology, showing that nanoparticles, long believed to be biologically and chemically inert, could in fact possess enzyme-like properties. In that study, Gao showed that an iron oxide nanoparticle behaved similarly to a peroxidase, an enzyme found naturally that catalyzes oxidative reactions, often using hydrogen peroxide.

When Gao joined Koo’s lab in 2013, he proposed using these nanoparticles in an oral setting, as the oxidation of hydrogen peroxide produces free radicals that can kill bacteria.

“When he first presented it to me, I was very skeptical,” Koo said, “because these free radicals can also damage healthy tissue. But then he refuted that and told me this is different because the nanoparticles’ activity is dependent on pH.”

Gao had found that the nanoparticles had no catalytic activity at neutral or near-neutral pH of 6.5 or 7, physiological values typically found in blood or in a healthy mouth. But when pH was acidic, closer to 5, they become highly active and can rapidly produce free radicals.

The scenario was ideal for targeting plaque, which can produce an acidic microenvironment when exposed to sugars.

Gao and Koo reached out to Cormode, who had experience working with iron oxide nanoparticles in a radiological imaging context, to help them synthesize, characterize and test the effectiveness of the nanoparticles, several forms of which are already FDA-approved for imaging in humans.

Beginning with in vitro studies, which involved growing a biofilm containing the cavity-causing bacteria Streptococcus mutans on a tooth-enamel-like surface and then exposing it to sugar, the researchers confirmed that the nanoparticles adhered to the biofilm, were retained even after treatment stopped and could effectively catalyze hydrogen peroxide in acidic conditions.

They also showed that the nanoparticles’ reaction with a 1 percent or less hydrogen peroxide solution was remarkably effective at killing bacteria, wiping out more than 99.9 percent of the S. mutans in the biofilm within five minutes, an efficacy more than 5,000 times greater than using hydrogen peroxide alone. Even more promising, they demonstrated that the treatment regimen, involving a 30-second topical treatment of the nanoparticles followed by a 30-second treatment with hydrogen peroxide, could break down the biofilm matrix components, essentially removing the protective sticky scaffold.

Moving to an animal model, they applied the nanoparticles and hydrogen peroxide topically to the teeth of rats, which can develop tooth decay when infected with S. mutans just as humans do. Twice-a-day, one-minute treatments for three weeks significantly reduced the onset and severity of carious lesions, the clinical term fortooth decay, compared to the control or treatment with hydrogen peroxide alone. The researchers observed no adverse effects on the gum or oral soft tissues from the treatment.

“It’s very promising,” said Koo. “The efficacy and toxicity need to be validated in clinical studies, but I think the potential is there.”

Among the attractive features of the platform is the fact that the components are relatively inexpensive.

“If you look at the amount you would need for a dose, you’re looking at something like 5 milligrams,” Cormode said. “It’s a tiny amount of material, and the nanoparticles are fairly easily synthesize, so we’re talking about a cost of cents per dose.”

In addition, the platform uses a concentration of hydrogen peroxide, 1 percent, which is lower than many currently available tooth-whitening systems that use 3 to 10 percent concentrations, minimizing the chance of negative side effects.

Looking ahead, Gao, Koo, Cormode and colleagues hope to continue refining and improving upon the effectiveness of the nanoparticle platform to fight biofilms.

“We’re studying the role of nanoparticle coatings, composition, size and so forth so we can engineer the particles for even better performance,” Cormode said.