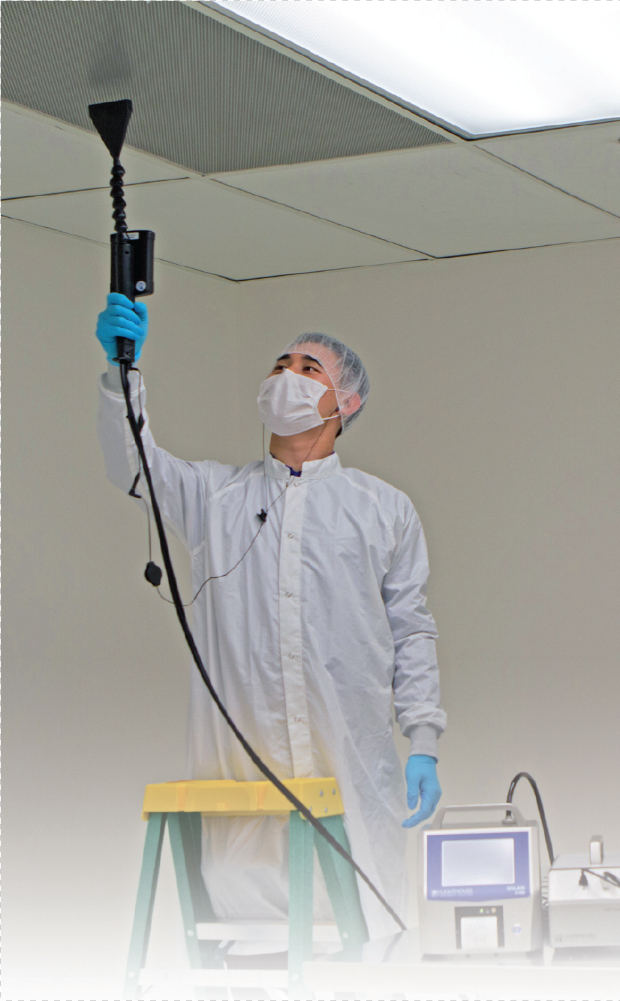 One of the biggest challenges in any cleanroom is setting up a suitable monitoring program. Which instruments are used, how frequent
samples should be, how much sampling is required, what guidelines need to be followed? All of these questions need a firm understanding of the different technologies capturing cleanroom air samples in portable particle counters and air samplers, as well as a firm grasp on cGMP and regulatory guidelines.

Let’s start by reviewing the current guidelines; then let’s look at the technologies used to capture air samples and the evaluation of these samples to verify your cleanroom is compliant to the classification it was designed to operate in.

In terms of cleanroom classification, ISO 14644-1:2015 classification of air cleanliness by particle concentration is the current guideline that has been widely used internationally. The update in 2015 was significant in terms of particle counter sampling volumes in ISO 5 environments, as well as a new lookup table based on cleanroom area and the number of sampling locations. There are nine ISO classes based on the level of air cleanliness—ISO 1 being the highest. In pharmaceutical aseptic manufacture, ISO 14644-1 is the main standard used to classify or certify cleanrooms worldwide as a unified international standard. In 1989 the European Union adopted
its own GMP guide to Good Manufacturing Practice, which was equivalent to PICs GMP guide, which was updated on Jan. 1, 2017. The original PICs Basic Standards came out in 1972, derived from the WHO GMP Guide. The aim of these standards and the continuous improvements to the documentation ensure high-quality medicines are produced.

Therefore, following the latest guidelines and understanding how to implement them is an important factor when developing an environmental monitoring program and classifying or routinely testing the classification status of your cleanroom in at rest or operational conditions. 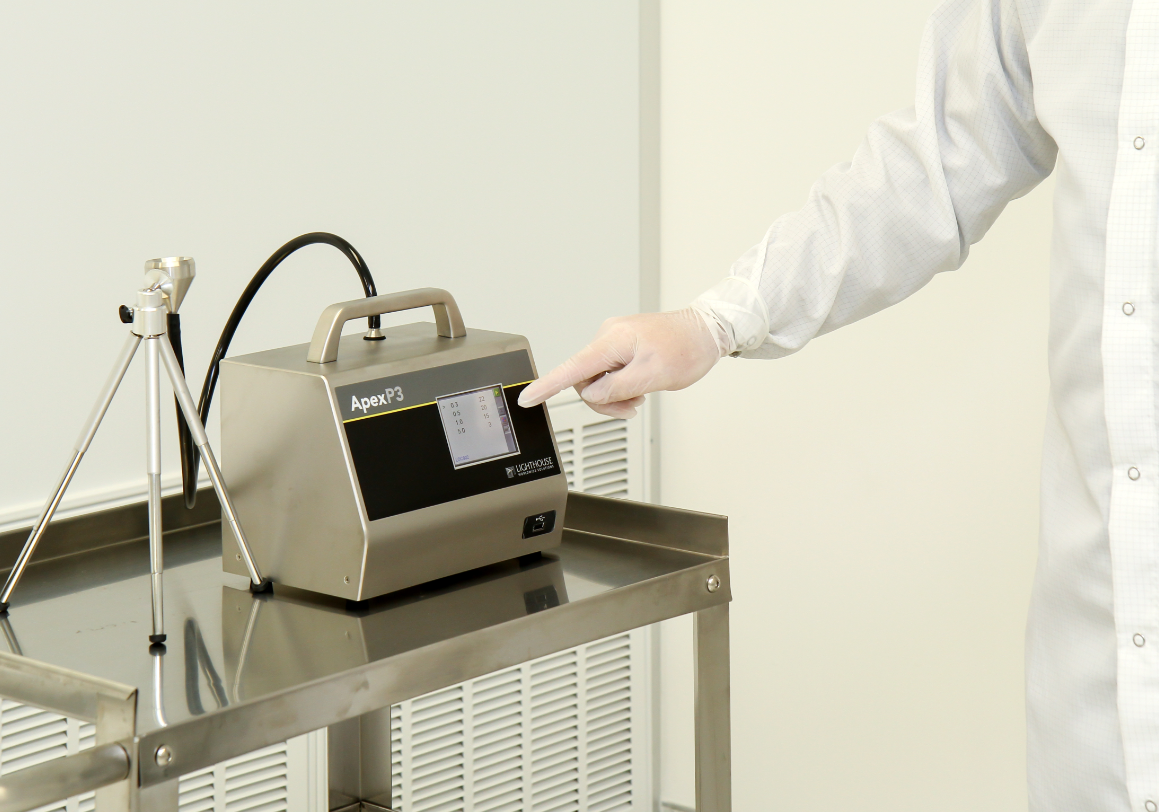 Setting up an airborne particle counter and isokinetic sample probe for cleanroom classification.

How are cleanrooms classified?

For an ISO 5 cleanroom classification of two particle sizes are required to be reported. Depending on the cleanroom activity the particle size can be critically important. In pharmaceutical aseptic processing, 0.5 μm and 5.0 μm are important sizes to be considered. In a semiconductor wafer processing cleanroom (ISO 2), there are tighter controls on cleanliness and therefore 0.1/0.2 μm and/or 0.3/0.5 μm sizes are typically monitored.

For a cleanroom to reach a Grade A or ISO 5 classification, the particle concentrations should be lower for the two sizes considered for the number of locations and the sample volume taken.

Airborne particle counters can be set up to generate ISO 14644-1:2015, PICs GMP reports, or even older ISO 14644-1:1999 or FS209E reports, which are based on cleanrooms to be classified. The area to sample and the minimum sample volumes and locations to sample will provide a pass or fail result on the reports.

Using an Air Sampler
For cleanroom classification based on viable particles an air sampler is used. Selection of an appropriate air sampler should be based on ISO 14698:2003. Unlike portable particle counters, air sampler particle capture technology has several options from using filters, sieves and microscopes, to the most commonly used impaction technology. Capturing particles from a sample of air is referred to as active sampling. Passive sampling is where settled plates are used to capture particles falling on surfaces. Air sampler collection of particles in impaction technology uses a media plate with a culture media on the plate. A set volume is programed into the air sampler and the particles in the air are pulled through a sample head where they should impact onto the media. This media plate is removed, incubated for a couple of days and the colonies are counted. The type or species of the colony are identified using a high definition electronic microscope. There are several guidelines on the number of colonies, referred to as CFU’s colony forming units, allowed based on the cleanroom classification.

Selecting the right equipment
Monitoring instrumentation like airborne particle counters and active air samplers have varying specifications and models in the market and are supplied by many different vendors and manufacturers. When selecting either a particle counter or an air sampler, keep in mind your specific application and adherence to GMP as the products you manufacture will require cGMP to be followed. Both instruments follow ISO and GMP classification tables and other GMP guidelines for calibration, resolution (d50) and filtered exhausts.

Verify the instrument you choose is easy to clean, is small, lightweight has at least a 2-year warranty and can be serviced on-site to keep downtime to a minimum. Some questions to consider: how easy will it be to train my team on using this equipment? Is there a color
touchscreen? Is the firmware intuitive? You should ask yourself these questions to protect your investment and plan on this equipment lasting long into the future. Do your research, talk to multiple vendors, request demos, do comparisons of each instrument, and even use them before committing to a purchase.