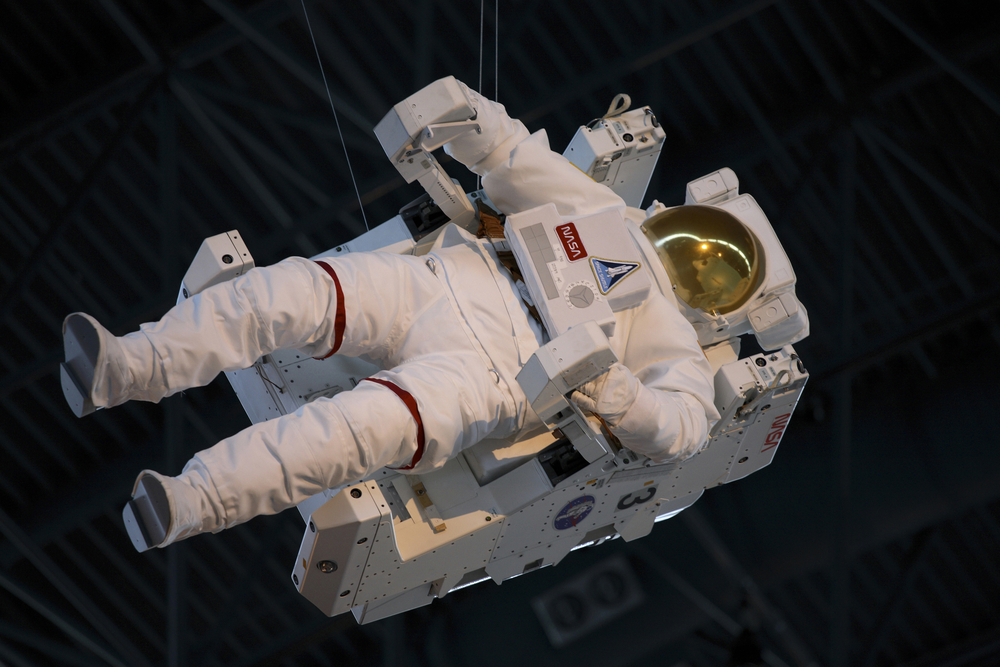 Astronauts float weightlessly through space, and the condition of weightlessness is something many would love to experience. However, in addition to producing both physical and psychological stress, a trip into space affects our core body temperature. Researchers from Charité – Universitätsmedizin Berlin have observed that astronauts run hot when exposed to weightlessness, and that, even at rest, their body temperature is approximately 1°C above the normal value of 37°C (98.6°F).

Results from this study have been published in the journal Scientific Reports.

The researchers found that the astronauts experienced a type of persistent fever; during exercise, the astronauts’ body temperature often exceeded 40°C (104°F). The team of researchers, led by Prof. Dr. Hanns-Christian Gunga (Deputy Director of the Institute of Physiology), used forehead sensors to measure the core body temperature (the temperature of the internal body and brain) of astronauts on the International Space Station. The researchers found that the astronauts’ core body temperature did not increase suddenly, but that this increase in temperature developed gradually over 2.5 months, eventually reaching approximately 38°C (100.4°F). “We developed a new technology which combines a skin surface temperature sensor with a heat flux sensor, and which is capable of measuring even minor changes in arterial blood temperature,” explains Prof. Gunga. Using this technology, the researchers measured the astronauts’ core body temperature before, during and after their stays on the ISS, taking readings both at rest and during exercise. “Under weightless conditions, our bodies find it extremely difficult to eliminate excess heat. The transfer of heat between the body and its environment becomes significantly more challenging in these conditions,” explains the space medicine specialist. In space, sweat evaporates more slowly than on Earth, which explains why astronauts were found to overheat particularly quickly during exercise tests performed on the ISS.

Excessive fluctuations in core body temperature can impair both physical and cognitive performance, and can even be life-threatening. It is hoped that these new findings will have positive implications for the health and well-being of astronauts during future long-term space missions. Prof. Gunga adds: “Our results also raise questions about the evolution of our optimum core body temperature: how it has already adapted, and how it will continue to adapt to climate changes on Earth.”