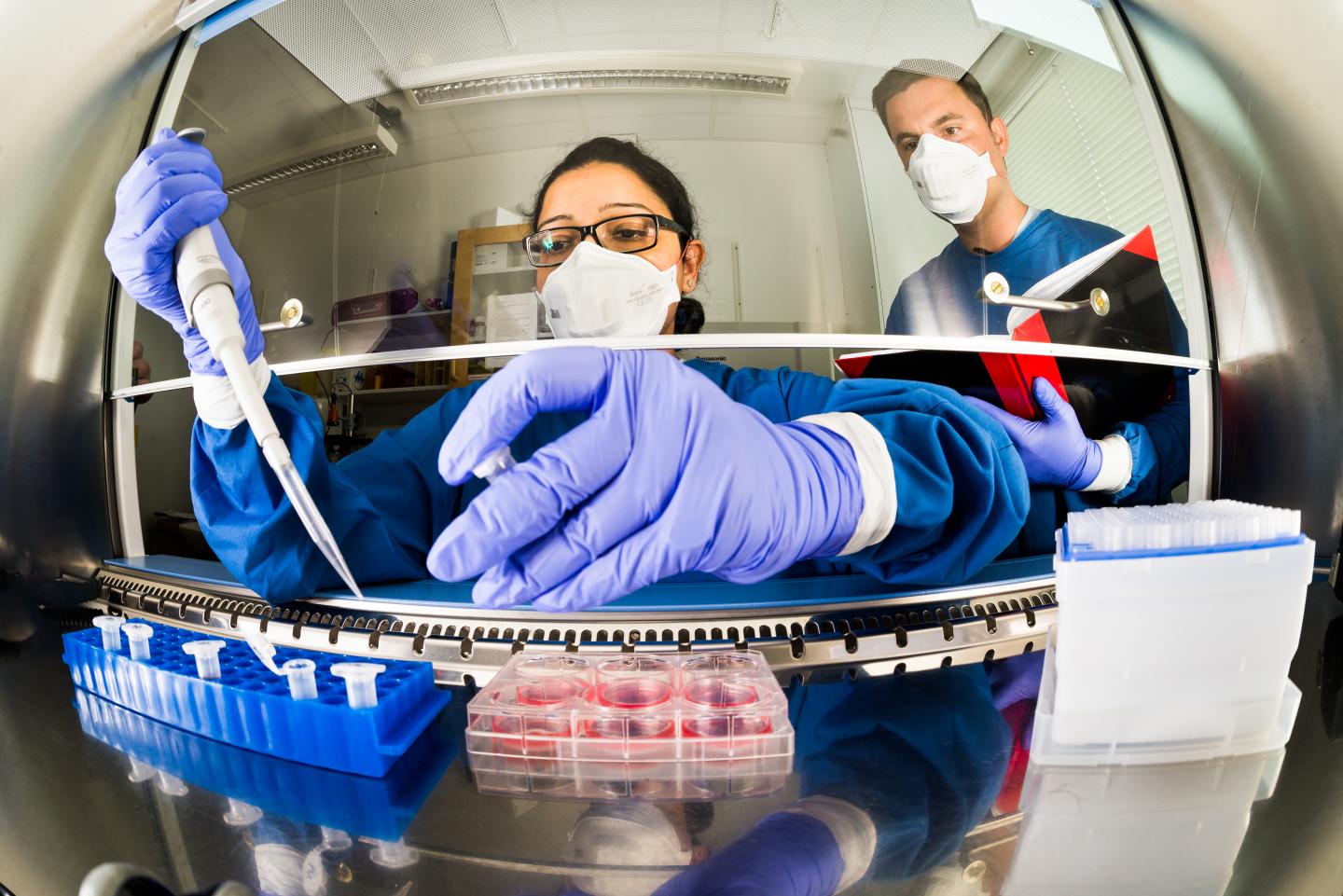 The HIV virus increases the potency of the tuberculosis bacterium (Mtb) by affecting a central function of the immune system. This is the conclusion of a study carried out by researchers at Linköping University in Sweden. The discovery helps to explain why infection with HIV greatly increases the risk that infection by Mtb will progress to active tuberculosis.

In most people who are exposed to tuberculosis infection, the immune defence deals with the bacteria by enclosing them in a special scar tissue. In this condition the tuberculosis is said to be “latent”. Around 10 per cent of those with latent tuberculosis will go on to develop active disease. We know that infection with HIV is the greatest risk factor for the development of active tuberculosis after infection with Mtb.

“The risk of infection progressing to active tuberculosis is around 30 times higher for people who are HIV-positive. But the reason for this has not been known at the cellular level,” says Senior Lecturer Robert Blomgran, who has led the study.

The new study, which has been published in the American Journal of Pathology, describes how the researchers looked in more detail at what happens in one particular type of immune cell, known as dendritic cells. These play an important role in the immune defence. Dendritic cells break down tuberculosis bacteria and other foreign microorganisms, and display the bacteria fragments at the cell surface. Other cells of the immune system, in particular T-cells, recognise the fragments and bind to them. The dendritic cell then activates the T-cell such that it can kill the tuberculosis bacteria efficiently. In this way, dendritic cells act as a communication link between the innate immune defence and the specific immune defence, of which the T-cells are part.

Previous research into why infection with HIV increases the risk for active tuberculosis has principally focussed on how the HIV virus affects the specific, or adaptive, immune defence. The role of the T-cells has been central to this work.

“We have now shown that HIV has a clear effect also on the innate immune defence, in particular the dendritic cells, which link the innate and the adaptive immune defences. Much work remains to be done, but we can already suggest that one important future treatment strategy for infection should be to find ways to strengthen or boost cells in the immune defence using what is known as ‘host-directed therapy’,” says Robert Blomgran.

Around 9.6 million people around the world develop tuberculosis each year, according to the World Health Organization, WHO. Approximately 10 per cent of these, or 1.2 million people, are also infected with HIV. Of those who die from tuberculosis, one third are infected by HIV, but the fraction differs greatly between different parts of the world.

The research has been financed by the Swedish Research Council, the Swedish Heart-Lung Foundation and the Swedish Society of Medicine.