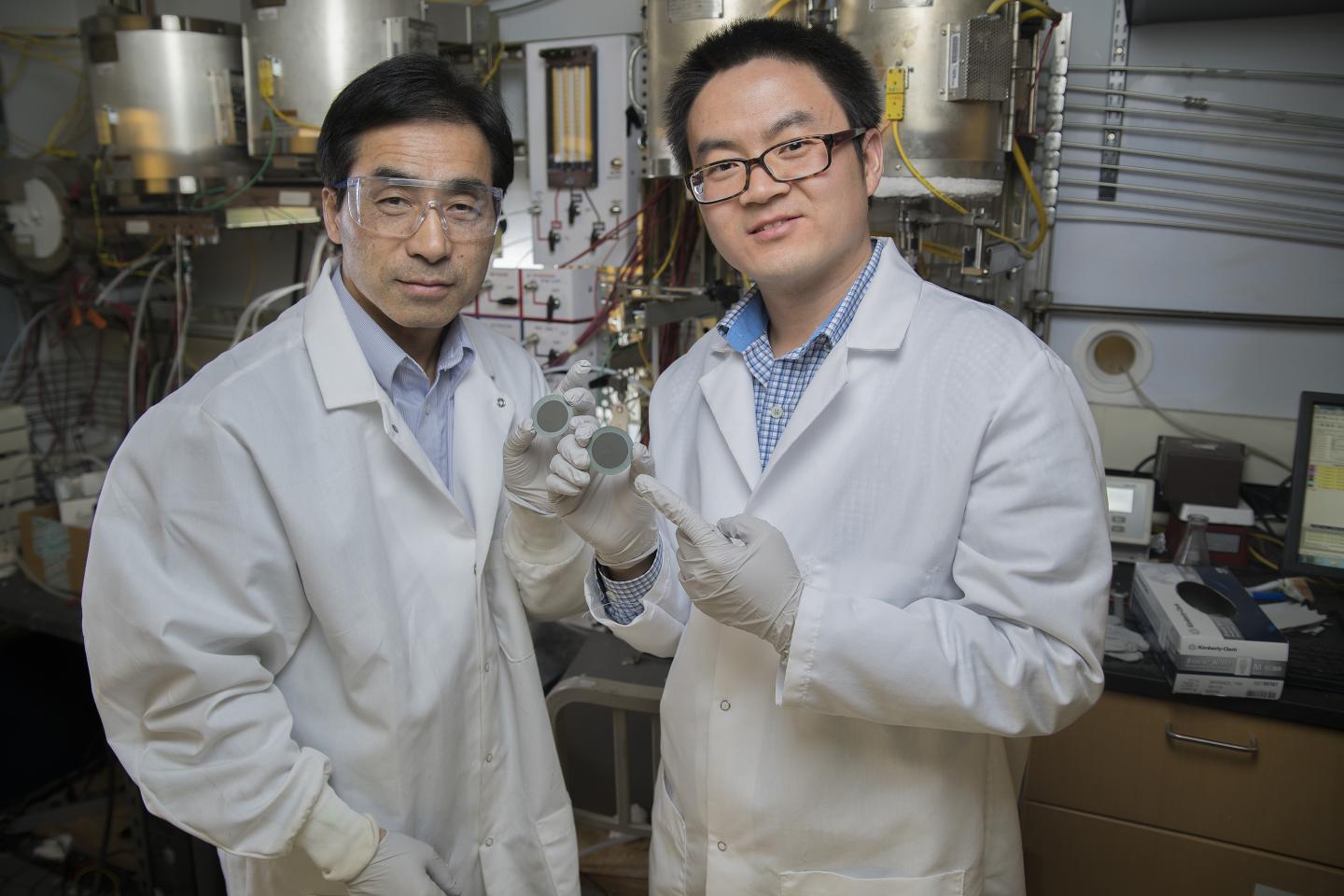 Powering clean, efficient cars is just one way fuel cell technology could accelerate humanity into a sustainable energy future, but unfortunately, the technology has been a bit sluggish.

Powering clean, efficient cars is just one way fuel cell technology could accelerate humanity into a sustainable energy future, but unfortunately, the technology has been a bit sluggish. Now, engineers may be able to essentially turbocharge fuel cells with a new catalyst.

The sluggishness comes from a chemical bottleneck, the rate of processing oxygen, a key ingredient that helps fuel cells, which are related to batteries, produce electricity. The new catalyst, a nanotechnology material developed by engineers at the Georgia Institute of Technology, markedly speeds up oxygen processing and is the subject of a new study.

Partly to accommodate oxygen’s limitations, fuel cells usually require pure hydrogen fuel, which reacts with the oxygen taken in from the air, but the costs of producing the hydrogen have been prohibitive. The new catalyst is a potential game-changer.

“It can easily convert chemical fuel into electricity with high efficiency,” said Meilin Liu, who led the study and is a Regents’ Professor in Georgia Tech’s School of Material Science and Engineering. “It can let you use readily available fuels like methane or natural gas or just use hydrogen fuel much more efficiently,” Liu said.

The catalyst achieves the efficiency by rushing oxygen through a fuel cell’s system. “It’s more than eight times as fast as state-of-the-art materials doing the same thing now,” said Yu Chen, a postdoctoral research associate in Liu’s lab and the study’s first author.

There are a few types of fuel cells, but the researchers worked to improve solid oxide fuel cells, which are found in some prototypical fuel cell cars. The research insights could also aid in honing supercapacitors and technology paired with solar panels, thus advancing sustainable energy beyond the new catalyst’s immediate potential to improve upon fuel cells.

Liu and Chen published their study in the March issue of the journal Joule. Their research was funded by the U.S. Department of Energy and by the Guangdong Innovative and Entrepreneurial Research Program. The fuel cell work from Liu’s lab has already attracted significant energy industry and automotive industry interest.

Though they work differently from fuel cells and are much less efficient and clean, combustion engines make a useful metaphor to aid in understanding how fuel cells and the new catalyst work.

In a combustion engine, fuel from a tank and oxygen from the air come together to react in an explosion, producing energy that turns a crankshaft. Adding a turbocharger speeds the process up by mixing fuel and oxygen together more quickly and rushing them to combustion.

Currently, in fuel cells, hydrogen fuel from a tank and oxygen from the air also drive a process that produces energy, in this case, electricity. The two ingredients do come together in a reaction, but one very different from combustion, and much cleaner.

In that reaction chain, oxygen is the slow link in two ways: Oxygen’s reduction takes longer than hydrogen’s oxidation, and the reduced oxygen moves more slowly through the system to meet with hydrogen. Analogous to the turbocharger, the new catalyst pushes the oxygen forward.

The catalyst is applied as a sheer coating only about two dozen nanometers thick and is comprised of two connected nanotechnology solutions that break both oxygen bottlenecks.

First, nanoparticles highly attractive to oxygen grab the O2 molecule and let inflowing electrons quickly jump onto it, easily reducing it and tearing it into two separate oxygen ions (each one an O2-). Then a series of chemical gaps called oxygen vacancies that are built into the nanoparticles’ structures suck up the oxygen ions like chains of vacuum cleaners passing the ions hand to hand to the second phase of the catalyst.

The second phase is a coating that is full of oxygen vacancies that can pass the O2- even more rapidly toward its final destination.

“The oxygen goes down quickly through the channels and enters the fuel cell, where it meets with the ionized hydrogen or another electron donor like methane or natural gas.”

The ions meet to make water, which exits the fuel cell. In the case of methane fuel, pure CO2 is also emitted, which can be captured and recycled back into fuel.

In the first stage, there are two different flavors of nanoparticle at work. Both have cobalt, but one contains barium and the other praseodymium, a rare-earth metal that can be pricey in high quantities.

“Praseodymium is in such very small amounts that it doesn’t impact costs,” Liu said. “And the catalyst saves lots of money on fuel and on other things.”

The second stage of the catalyst is a lattice that contains praseodymium and barium, as well as calcium and cobalt (PBCC). In addition to its catalytic function, the PBCC coating protects the cathode from degradation that can limit the lifetime of fuel cells and similar devices.

The underlying original cathode material, which contains the metals lanthanum, strontium, cobalt, and iron (LSCF), has become an industry standard but comes with a caveat.

“It’s very conductive, very good, but the problem is that strontium undergoes a diminishment called segregation in the material,” Liu said. “One component of our catalyst, PBCC, acts as a coating and keeps the LSCF a lot more stable.”

LSCF manufacturing is already well-established, and adding the catalyst coating to production could be likely reasonably achieved. Liu also is considering replacing the LSCF cathode completely with the new catalyst material, and his lab is developing a yet another catalyst to boost fuel oxidation reactions at the fuel cell’s anode.