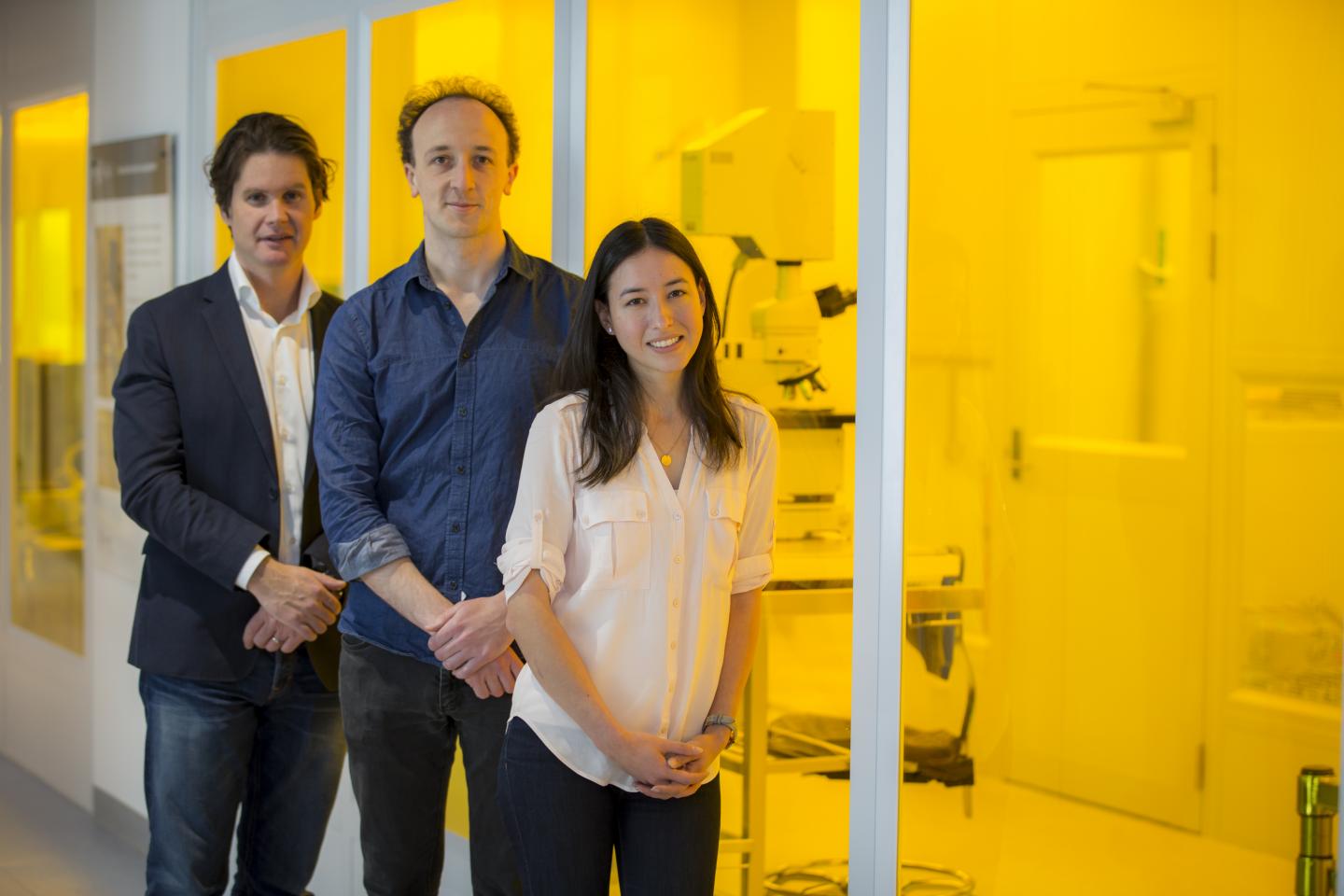 The University of Sydney today announces the signing of a multi-year quantum computing partnership with Microsoft, creating an unrivalled setting and foundation for quantum research in Sydney and Australia.

The long-term Microsoft investment will bring state of the art equipment, allow the recruitment of new staff, help build the nation’s scientific and engineering talent, and focus significant research project funding into the University, assuring the nation a key role in the emerging “quantum economy.”

David Pritchard, Chief of Staff for Microsoft’s Artificial Intelligence and Research Group and Douglas Carmean, Partner Architect of Microsoft’s Quantum Architectures and Computation (QuArC) group, participated in the announcement at the University of Sydney’s Nanoscience Hub.

The official establishment of Station Q Sydney today embeds Microsoft’s commitment to kickstarting the emergence of a quantum economy by partnering with the University to develop a premier centre for quantum computing. Directed by Professor David Reilly and housed inside the $150 million Sydney Nanoscience Hub, Station Q Sydney joins Microsoft’s other experimental research sites at Purdue University, Delft University of Technology, and the University of Copenhagen. There are only four labs of this kind in the world.

Sydney-born Professor Reilly, and Station Q Sydney Scientific Director – who completed a postdoctoral fellowship at Harvard University before returning to Australia – asserts that quantum computing is one of the most significant opportunities in the 21st century, with the potential to transform the global economy and society at large.

“The deep partnership between Microsoft and the University of Sydney will allow us to help build a rich and robust local quantum economy by attracting more skilled people, investing in new equipment and research, and accelerate progress in quantum computing – a technology that we believe will disrupt the way we live, reshaping national and global security and revolutionising medicine, communications and transport,” Professor Reilly said.

The focus of Professor Reilly and his team at Station Q Sydney is to bring quantum computing out of the laboratory and into the real world where it can have genuine impact: “We’ve reached a point where we can move from mathematical modelling and theory to applied engineering for significant scale-up,” Professor Reilly said.

Leveraging his research in quantum computing, Professor Reilly’s team has already demonstrated how spin-off quantum technologies can be used in the near-future to help detect and track early-stage cancers using the quantum properties of nanodiamonds.

Microsoft’s David Pritchard outlined the company’s redoubled quantum efforts, a key strategic pillar within Microsoft’s AI and Research Group; the quantum computing effort is being led by Todd Holmdahl, the creator of the Xbox and HoloLens.

Mr Pritchard said the partnership with the University of Sydney is important because Microsoft is looking forward to reaching the critical juncture where theory and demonstration need to segue and be complemented by systems-level abstraction and applied engineering efforts focused on scaling.

“There’s always an element of risk when you are working on projects with the potential to make momentous and unprecedented impact; we’re at the inflection point now where we have the opportunity to do that,” Mr Pritchard said.

“It was only 40 years ago that the computing revolution really took hold, realising Microsoft’s vision for personal computers to be on every desktop; Microsoft is now focused on what we see as potentially even more impactful – making the quantum leap,” Mr Carmean said.

“Our significant investment in quantum computing is a collaborative effort between Microsoft and academia and this is what will ultimately accelerate the transition from pure research to the development of useful quantum machines.”

University of Sydney Vice-Chancellor and Principal, Dr Michael Spence, described Professor Reilly as one of a select few international research leaders exploring how the quantum lens could throw fresh light on today’s pressing issues, as well as yield insights into problems yet to be identified.

“Professor Reilly has helped create an international quantum hub in Sydney, resulting in a game-changing collaboration with industry leaders, building also on our whole-of-University commitment to multidisciplinary approaches to frontier research – as embodied in our Australian Institute for Nanoscale Science and Technology (AINST),” Dr Spence said.

“With cutting-edge nanoscience facilities and unique pathways to commercialisation, Sydney is now experiencing the emergence of a quantum economy, which has the potential to create untold educational and economic opportunities for NSW and Australia, just as Silicon Valley has done in California.”