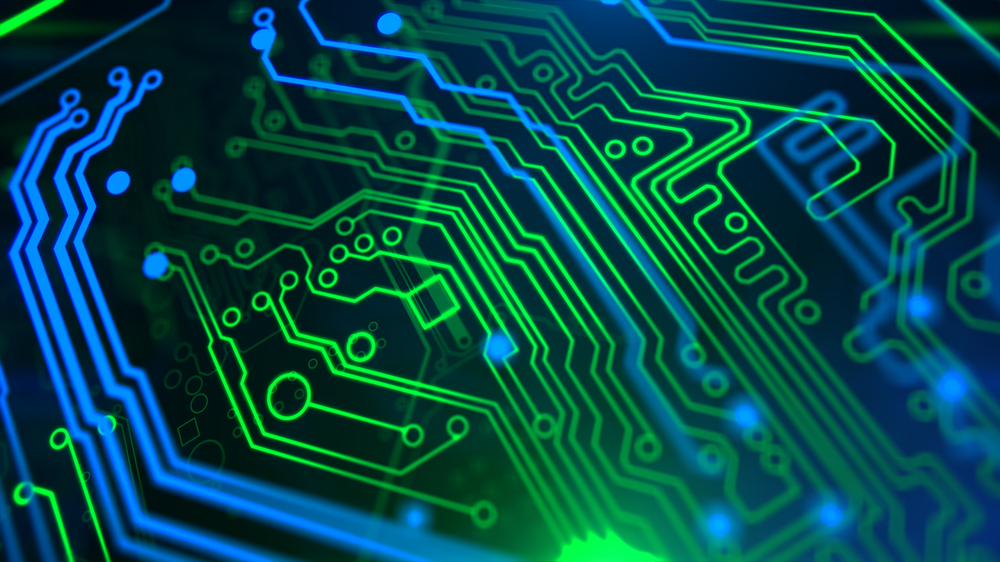 Copper oxide nanoparticle ink is a potential low-cost alternative to silver or gold-based nano-particle inks in printed electronics. After printing of metal-based nanoparticle ink, a sintering process is required to obtain the desired conductivity. However, because copper oxide nanoparticle ink is easily oxidized, an inert environment has been used to sinter the ink which increases the processing costs. To solve this challenge, researchers from Soonchunhyang University in South Korea have found that they can sinter copper nanoparticle inks with a green laser light to reach the optimal conductivity, allowing them to make a cheaper ink than the silver or gold-based inks predominately used to make printed electronics such as thin-film circuits.

To obtain copper patterns from the copper oxide nanoparticle ink, the material has to be converted to copper particles and fused to form a connected conductive line.

The researchers opted to use a photonic approach by heating the nanoparticles with the absorption of light at 532 nanometer wavelengths. Heat from the laser converts the copper oxide into copper and promotes the conjoining of copper particles through melting.

“A laser beam can be focused on a very small area, down to the micrometer level,” Kye-Si Kwon, from the Department of Mechanical Engineering, said in a statement.

The researchers used a green laser because its light—in the 500-to-800 nanometer wavelength absorption rate range—was deemed the most suitable for the given application and it has not previously been explored in this type of application.

The researchers used commercially available copper oxide nanoparticle inks that were spin-coated onto glass at two different speeds to obtain two different thicknesses. They also prebaked the material to dry out most of the solvent before it was sintered, which will reduce the copper oxide film thickness and prevent air bubble explosions that could occur from the solvent suddenly boiling during irradiation.

After conducting several tests, the researchers found that the prebaking temperature should be slightly lower than 200 degrees Celsius.

The team also looked at what the optimal settings of laser power and scanning speed should be during the sintering process to enhance the conductivity of the copper circuits. Here they found that the best-sintered results were produced when the laser power ranged between 0.3 and 0.5 watts. To reach the optimal conductivity, the laser scanning speed should not be faster than 100 millimeters per second or slower than 10 millimeters per second.

The researchers then examined the thickness of the film before and after the sintering and how it affects conductivity. They found that sintering reduces thickness by as much as 74 percent.

The next step for the researchers is to examine how the substrate impacts sintering.

The study was published in AIP Advances.