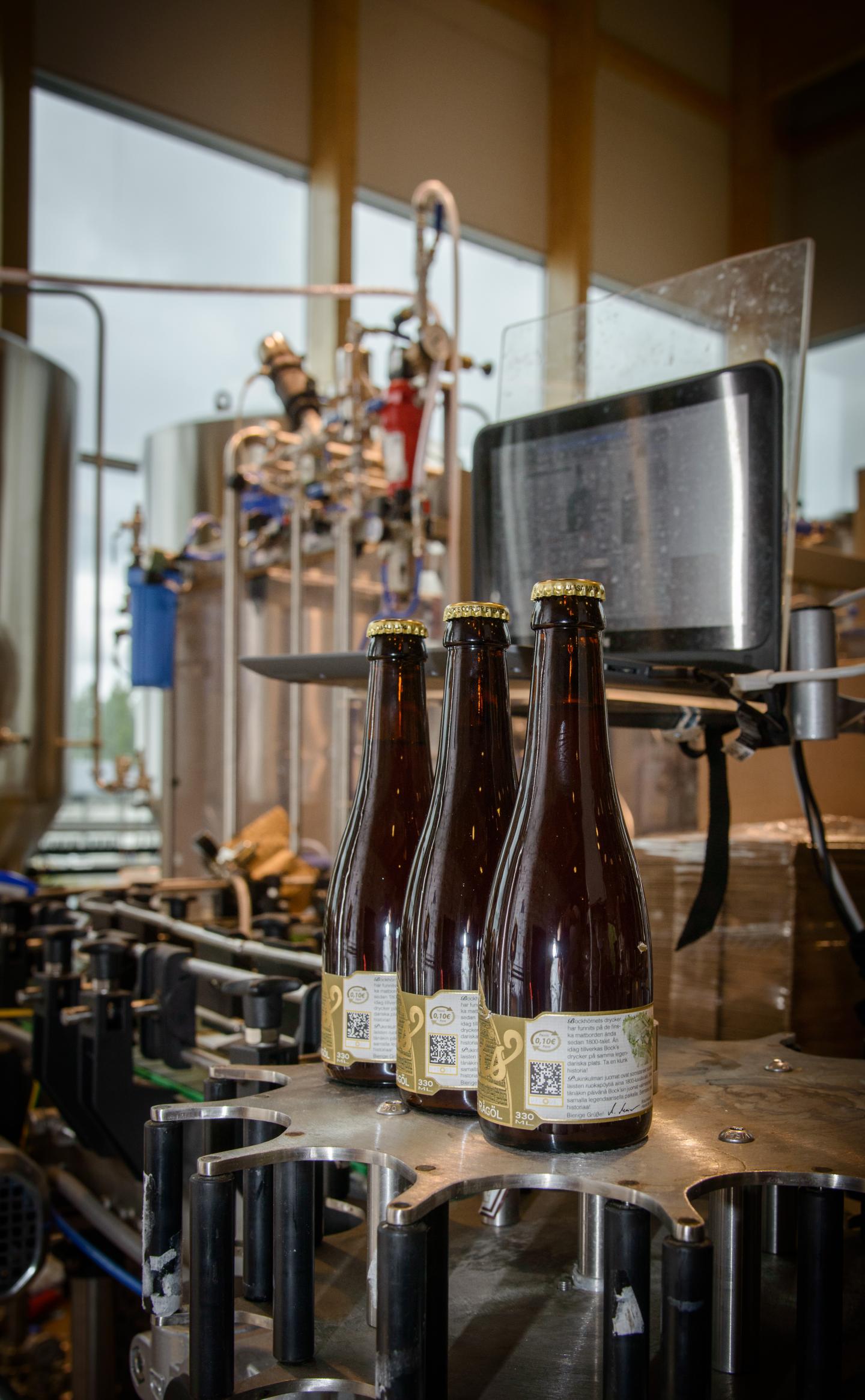 This is digital beer. Source: Upcode

Soon, consumers will be able to buy, for example, digital beer capable of providing information on the product itself and its production stages with the aid of smart codes and the sensors embedded in the product. Following collaboration between the VTT Technical Research Centre of Finland and UpCode, the first Finnish consumer goods to see the introduction of sensors and functional inks in the form of additional information, product safety and entertainment will be launched by the end of this year.

Traceability and solutions providing entertainment will soon be part of our daily lives, particularly in food casings and domestic appliances.

“For example, a smart sensor attached to a beer bottle label knows if the beer is fit for consumption, its brewer, and the circumstances under which it was brewed. The codes in the label also inform the reader of how the life span of the product can be improved and offer a direct communication channel between the consumer and the manufacturer,” says Liisa Hakola, project manager at VTT.

Scheduled to end at the end of 2018, this project is part of the European TagItSmart project under which VTT has developed functional inks for products’ changing smart codes.

Upcode, from Finland, are also participating in the project; 2D codes individualised by Upcode have now been attached to the labels of Bock bottles, from a small Vaasa brewery. Beer bottles are the first product offering additional information and entertainment; they are being used to map out Finnish consumers’ opinions by selling bottles at a neighbourhood store in Vaasa and by clarifying consumers’ views with the aid of an online forum.

“This solution will deliver a significant change to product branding, as it enables not only product personalisation but also consumer-directed production and distribution and, thereby, a higher value added on the digital market,” says Sture Udd, UpCode’s CEO.

Future consumer products were presented on 5 September in Vaasa, where visitors also had an opportunity to familiarise themselves with other demonstrations based on the Internet of things and smart sensors, such as an application which provides an indication of a product’s freshness and authenticity, and a combination of a code and a sensor which provides guidance to the repairer of an appliance.