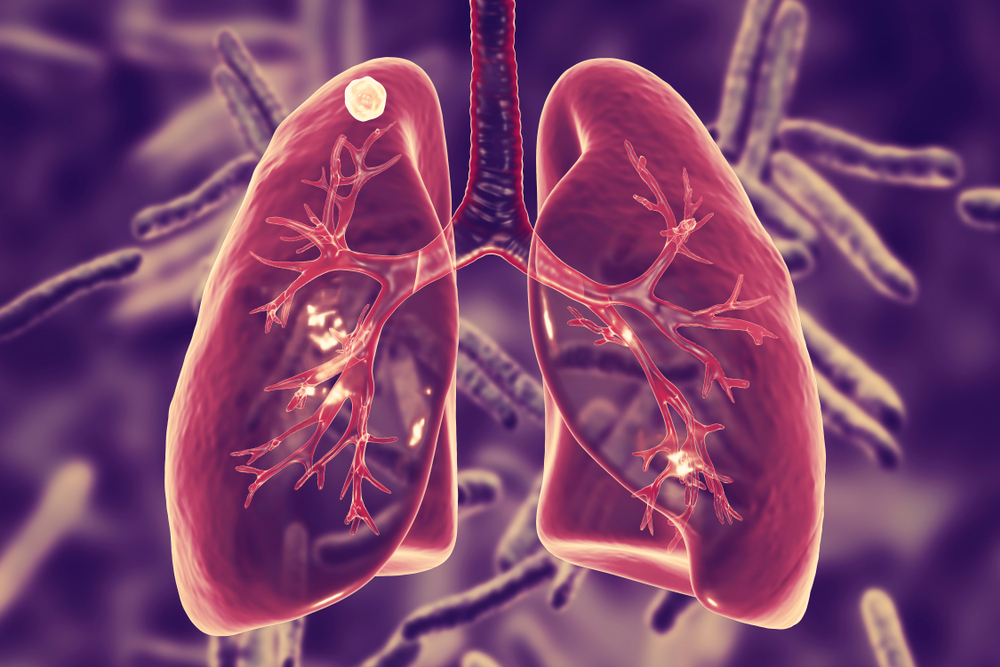 Tuberculosis is one of the leading causes of death by infectious disease, both worldwide and in low income countries. Two supercomputers allocated by the Extreme Science and Engineering Discovery Environment (XSEDE)—Comet at the San Diego Supercomputer Center (SDSC) at UC San Diego, and Stampede2 at the Texas Advanced Computing Center (TACC) at The University of Texas at Austin—are being used to help combat this lethal disease.

Researchers from the University of Michigan (UM) relied on Comet and Stampede2 to help them develop detailed models to better understand how TB spreads throughout the lungs. “The calculations required for this study could only be performed on a supercomputer like those available through XSEDE,” said Simeone Marino, an associate research scientist at UM’s Medical School and first author of the study. “We used about 750,000 core hours for this work. This simply wouldn’t have been possible without XSEDE-allocated resources, which are much faster than our local systems.”

The hallmark of TB infection is the formation of spherical structures in the lungs. These masses of infected tissue, called granulomas, start to form within the first two to four weeks after infection. TB granuloma progression and its final outcome (clearance, containment or dissemination) depends on an array of factors such as the speed of spread and whether the immune response in the lungs is able to clear the infection.

One way that scientists are working to fight this often-fatal disease is by using highly detailed computer-based simulations to determine ways in which to treat the granulomas before the bacteria harbored within them spread to surrounding tissue and organs, preventing any effective treatment.

“For more than 15 years, computer (in silico) modeling has been used to provide insight to the lethal disease,” explained Marino. “Our recent research looks at the ways in which two-dimensional (2D) and three-dimensional (3D) visualizations differ and offer novel findings for TB researchers to better understand granuloma formation and spread.”

“The current experimental technology does not allow us to track the progression of single granulomas in human and animal hosts; however, the use of in silico models offers a viable and scalable alternative to complement long and costly in vivo studies in animal models,” added Marino. “These in silico models can help immunologists to simulate intervention protocols (e.g., treatments, vaccines, immunotherapy) and select the most promising ones for clinical trials and experimental validation.”

Understanding the “Behind the Scenes” of Creating Detailed TB Visualizations

The mathematical and computational tool used to capture the complex dynamics of TB granuloma formation and progression is an agent-based model (ABM) known as GranSim (Granuloma Simulation). GranSim works like a virtual reality environment, where cells, bacteria, and molecules are represented by various agents of different pixel sizes in an abstract 3D cube. The cube captures a section of the lung where granulomas typically form.

Sources in the cube mimic lung vascularization and, depending on certain concentration conditions for the molecules modeled, allow for recruitment of cells upon an initial seed of infection. Cells move by following molecular concentration gradients. Bacteria can infect cells and proliferate inside them. Cells can either kill bacteria or become infected and die if they harbor too many bacteria, setting up a chain reaction for more infection. Granulomas can wall off the spread of infection and generate an environment that limits bacterial growth (see http://malthus.micro.med.umich.edu/lab/movies/Multiscale/3D-GranSim/ for 3D animations).

Marino first became involved with XSEDE while attending the first Cyberinfrastructure Symposium in 2010 at UM. He attended a presentation about TeraGrid, which preceded XSEDE, and shortly thereafter Brock Palen, a UM Campus Champion, and Kim Dillman, a former Purdue Campus Champion, assisted him in applying for a start-up allocation. “Once we had determined the best resources for our type of work, which was initially Stampede, we refined our workflow and applied for our first research allocation,” said Marino.

“Now, we are always improving our codes, principally through more efficient algorithms, and the ability to test these formulations on systems allocated by XSEDE made this possible. Further, Comet and Stampede2 resources were key in the development, calibration, and analysis of the 3D simulation of GranSim,” said Marino. “Due to the high computational costs of these types of agent-based models, we could not have completed our work without these two supercomputers.”

The study was published in the January 2019 issue of Inflammation and Regenerative Medicine. This research was supported by the following National Institutes of Health (NIH) grants awarded to Denise Kirschner and Jennifer Linderman: R01 AI123093, U01HL131072, R01 HL110811. This research also used resources provided by the National Energy Research Scientific Computing Center, which is supported by the Office of Science of the U.S. Department of Energy under contract DE-AC02-05CH11231 and XSEDE grant MCB140228. XSEDE is supported by the National Science Foundation under award 1548562.