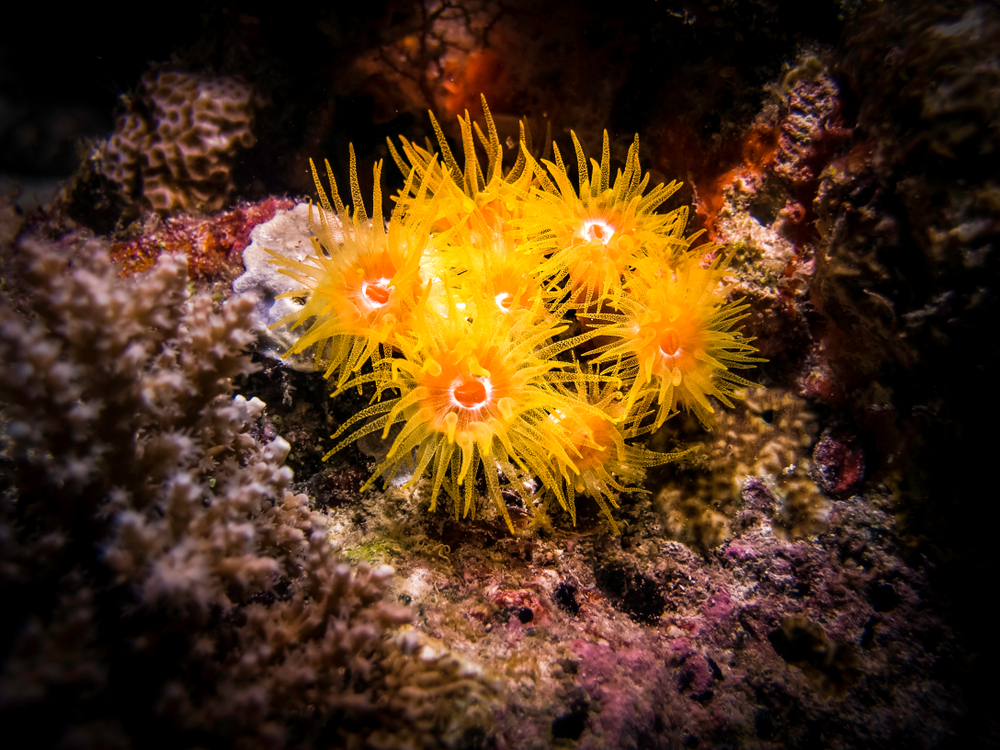 Inspired by Actinia, a sea organism that ensnares its prey with its tentacles, a team of researchers has developed a method for efficiently treating water.

The research, a collaboration of the labs of Yale’s Menachem Elimelech and Huazhang Zhao of Peking University, used a material known as a nanocoagulant to rid water of contaminants. By removing a broad range of contaminants in a single step, the discovery promises to significantly improve on the centuries-old use of coagulants for water treatment. The results are published today in Nature Nanotechnology.

When added to water, conventional coagulants such as aluminum sulfate and other metallic salts remove larger particles from water by causing them to group together into larger formations and settle. Because these coagulants don’t remove smaller particles dissolved in water, additional treatment methods are necessary. Employing multiple technologies for water treatment, however, is costly, energy-intensive and can require a large amount of land. Creating an efficient and easy-to-operate technology to remove all contaminants from water is key to addressing global water scarcity.

“The behavior of the nanocoagulant is controlled by its structure,” said Ryan DuChanois, a Ph.D. student in Elimelech’s lab. “Under certain conditions, the nanocoagulant maintains a structure that allows for it to be stored over time.”

Actinia is a sea anemone with a spherical body that has tentacles that retract while resting and extend while catching its prey. With this marine predator as their model, the researchers synthesized the coagulant, using organic and inorganic components to replicate the structure of Actinia.

Similar to Actinia, the nanocoagulant has a core-shell structure that turns inside-out in water. The shell destabilizes and enmeshes larger suspended particles, while the exposed core captures the smaller, dissolved ones. It removes a broad spectrum of contaminants, from trace micropollutants to larger particles – many of which elude conventional methods and pose significant public health concerns.

“The ability to remove nitrate was quite surprising, as traditional water coagulants exhibit negligible removal of nitrate,” said Elimelech, the Roberto C. Goizueta Professor of Chemical & Environmental Engineering. It’s also critical to water treatment, since nitrate contamination is associated with ‘blue-baby’ syndrome, a potentially fatal condition that affects young children in some parts of the world.

Because it’s a one-step process, professor Huazhang Zhao of Peking University said, the work holds promise for replacing current water treatment methods and greatly reducing the operating costs of water treatment. “It also opens doors for fabricating ‘smart’ materials that can transform configuration and function in response to its environment,” he said.