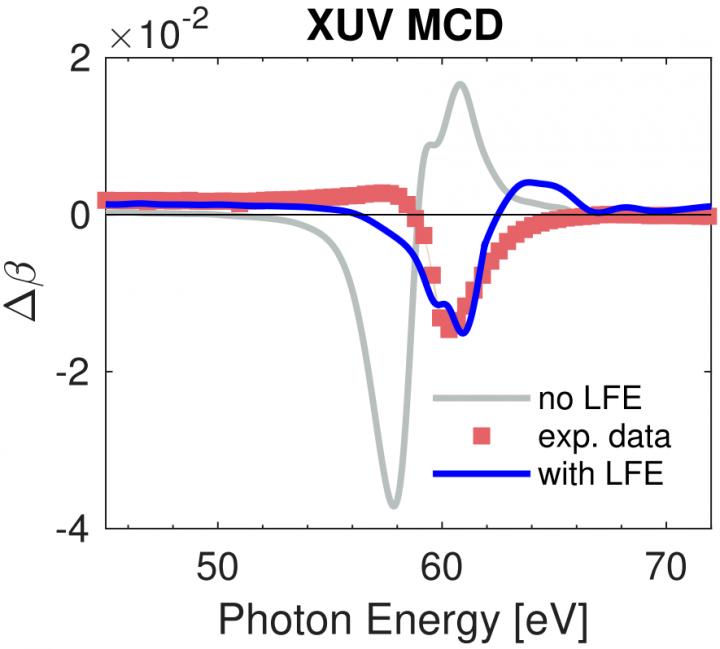 Probing magnetic materials with extreme ultraviolet radiation allows to obtain a detailed microscopic picture of how magnetic systems interact with light – the fastest way to manipulate a magnetic material. A team of researchers led by the Max Born Institute has now provided the experimental and theoretical groundwork to interpret such spectroscopic signals. The results were published in Physical Review Letters.

The study of the interaction between light and matter is one of the most powerful ways to help physicists to understand the microscopic world. In magnetic materials, a wealth of information can be retrieved by optical spectroscopy where the energy of the individual light particles – photons – promotes inner shell electrons to higher energies. This is because such an approach allows to obtain the magnetic properties separately for the different types of atoms in the magnetic material and enables scientists to understand the role and interplay of the different constituents. This experimental technique, called X-ray magnetic circular dichroism (XMCD) spectroscopy, has been pioneered in the late 1980ties and typically requires a large-scale facility – a synchrotron radiation source or x-ray laser.

To investigate how magnetization responds to ultrashort laser pulses – the fastest way to deterministically control magnetic materials – smaller-scale laboratory sources have become available in recent years delivering ultrashort pulses in the extreme ultraviolet (XUV) spectral range. XUV photons, being less energetic, excite less strongly bound electrons in the material, posing new challenges for the interpretation of the resulting spectra in terms of the underlying magnetization in the material.

A team of researchers from the Max Born Institute in Berlin together with researchers from the Max-Planck-Institute for Microstructure Physics in Halle and Uppsala University in Sweden has now provided a detailed analysis of the magneto-optical response for XUV photons. They combined experiments with ab initio calculations, which take only the types of atoms and their arrangement in the material as input information. For the prototypical magnetic elements iron, cobalt and nickel, they were able to measure the response of these materials to XUV radiation in detail. The scientists find that the observed signals are not simply proportional to the magnetic moment at the respective element, and that this deviation is reproduced in theory when so-called local field effects are taken into account. Sangeeta Sharma, who provided the theoretical description, explains: “Local field effects can be understood as a transient rearrangement of electronic charge in the material, caused by the electric field of the XUV radiation used for the investigation. The response of the system to this perturbation has to be taken into account when interpreting the spectra.”

This new insight now allows to quantitatively disentangle signals from different elements in one material. “As most functional magnetic materials are made up from several elements, this understanding is crucial to study such materials, especially when we are interested in the more complex dynamic response when manipulating them with laser pulses”, emphasizes Felix Willems, the first author of the study. “Combining experiment and theory, we are now ready to investigate how the dynamic microscopic processes may be utilized to achieve a desired effect, such as switching the magnetization on a very short time scale. This is of both fundamental and applied interest.”