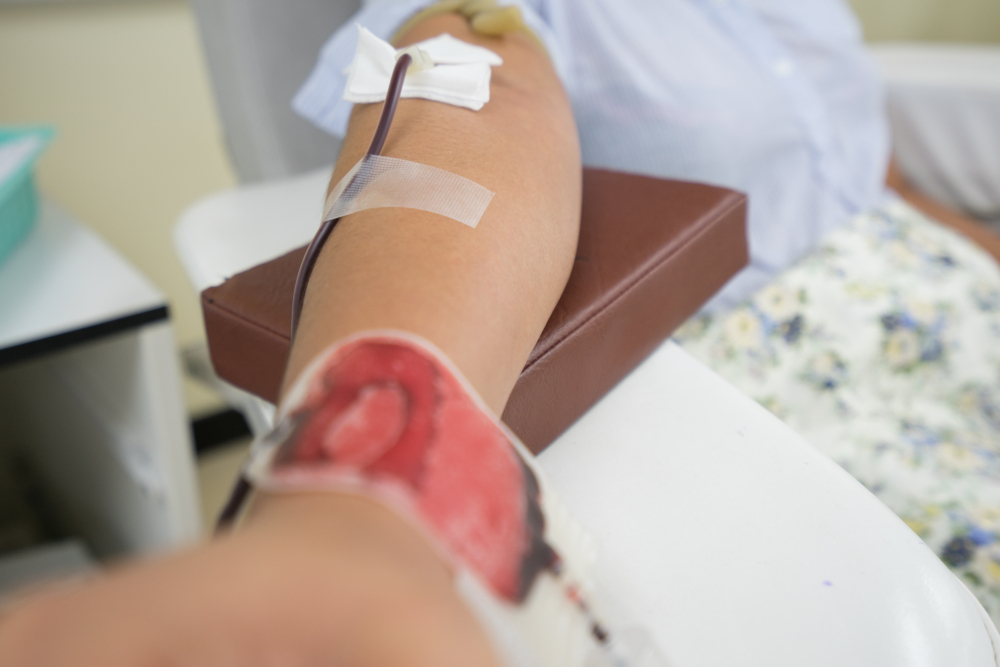 In January, raging storms caused medical emergencies along the U.S. East Coast, prompting the Red Cross to issue an urgent call for blood donations. The nation’s blood supply was especially in need of O-type blood that can be universally administered in an emergency. Now, scientists say they have identified enzymes — from the human gut — that can turn type A and B blood into O, as much as 30 times more efficiently than previously studied enzymes.

A brand-new video on the research is available at http://bit.ly/acsblood.

“We have been particularly interested in enzymes that allow us to remove the A or B antigens from red blood cells,” Stephen Withers, Ph.D., says. “If you can remove those antigens, which are just simple sugars, then you can convert A or B to O blood.” He says scientists have pursued the idea of adjusting donated blood to a common type for a while, but they have yet to find efficient, selective enzymes that are also safe and economical.

To assess potential enzyme candidates more quickly, Withers collaborated with a colleague at his institution, the University of British Columbia (UBC), who uses metagenomics to study ecology. “With metagenomics, you take all of the organisms from an environment and extract the sum total DNA of those organisms all mixed up together,” Withers explains. Casting such a wide net allows Withers’ team to sample the genes of millions of microorganisms without the need for individual cultures. The researchers then use E. coli to select for DNA containing genes that code for enzymes that can cleave sugar residues. So instead of using metagenomics as a means of learning about microbial ecology, Withers uses it to discover new biocatalysts. “This is a way of getting that genetic information out of the environment and into the laboratory setting and then screening for the activity we are interested in,” he says.

Withers’ team considered sampling DNA from mosquitoes and leeches, the types of organisms that degrade blood, but ultimately found successful candidate enzymes in the human gut microbiome. Glycosylated proteins called mucins line the gut wall, providing sugars that serve as attachment points for gut bacteria while also feeding them as they assist in digestion. Some of the mucin sugars are similar in structure to the antigens on A- and B-type blood. The researchers homed in on the enzymes the bacteria use to pluck the sugars off mucin and found a new family of enzymes that are 30 times more effective at removing red blood cell antigens than previously reported candidates.

Withers is now working with colleagues at the Centre for Blood Research at UBC to validate these enzymes and test them on a larger scale for potential clinical testing. In addition, he plans to carry out directed evolution, a protein engineering technique that simulates natural evolution, with the goal of creating the most efficient sugar-removing enzyme.

“I am optimistic that we have a very interesting candidate to adjust donated blood to a common type,” Withers says. “Of course, it will have to go through lots of clinical trails to make sure that it doesn’t have any adverse consequences, but it is looking very promising.”