The power grid is aging, overburdened and seeing more faults than ever, according to many. Any of those breaks could easily lead to prolonged power outages or even equipment damage.

“Theoretically, the SSA algorithm is an optimal approach for accurate and quick detection. However, it has not been adopted in real-world engineering applications. We adapted and improved the algorithm for the new application in power grid areas,” said Yu Chen, associate professor of electrical and computer Engineering at Binghamton University, and co-author of the paper with Zekun Yang, Ning Zhou and Aleksey Polunchenko. 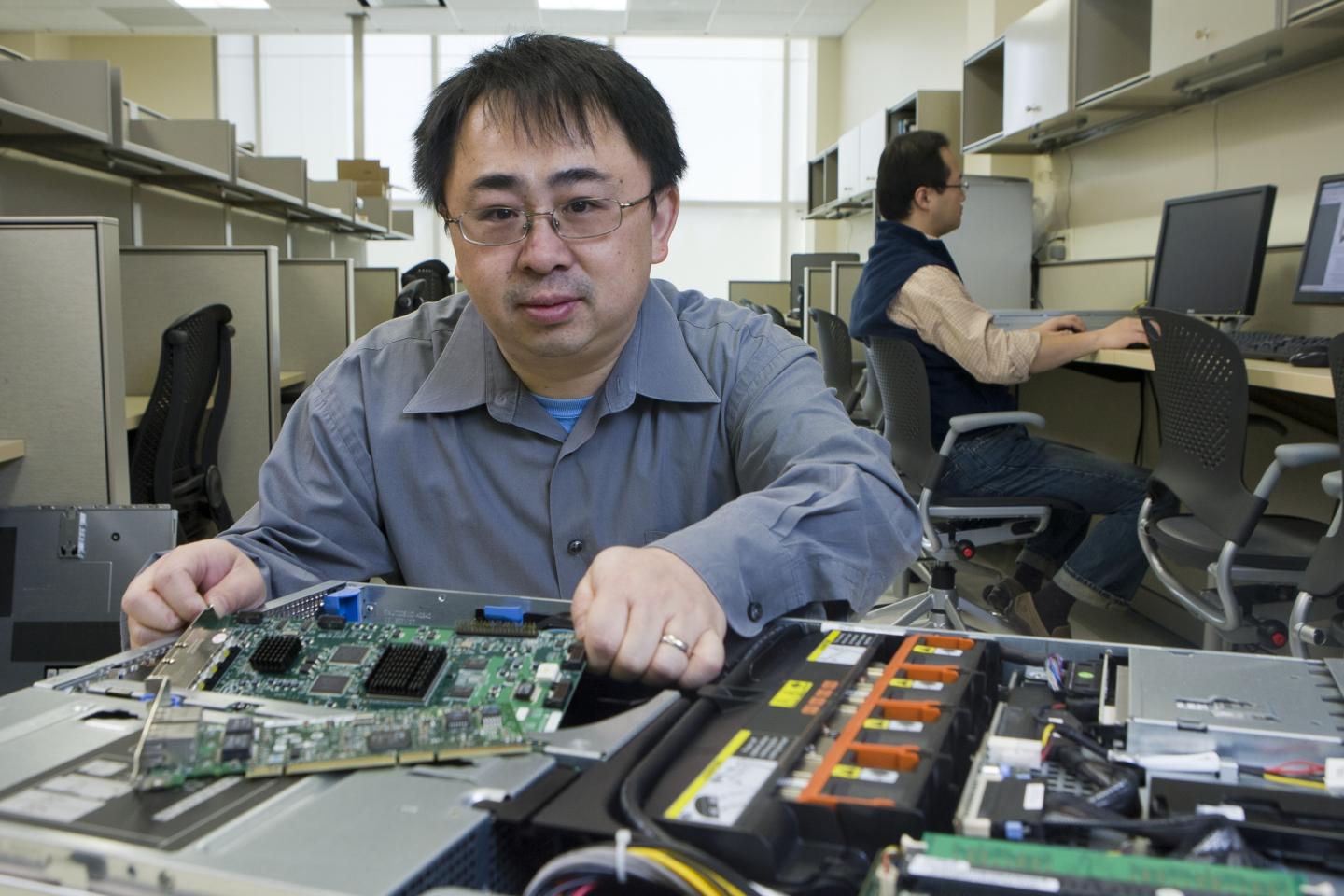 From a generator, through wires, through a light bulb and back again, there can’t be a single break in a circuit or nothing works. Multiple complete circuits — a grid — keep electricity flowing even when one wire does go down.

That redundancy provides stability but is complex and filled with vulnerable points. Beyond the simple tree limb taking out a wire in a windstorm, hackers can break in and change how electricity flows subtly, which can have a cascading and potentially catastrophic effect on infrastructure.

Currently, the time and location of anomalies within the grid is determined by well-known formulas such as the Event Start Time (EST) algorithm, which calculates differing arrival times of power changes in different geographic locations. Even though the differences are incredibly small, they are enough to triangulate the location of changes.

The Binghamton team used simulation data generated by the Power System Tool box to prove that the SSA algorithm is faster and more robust at finding changes in the power grid from generator or transmission line problems. SSA may even be used to predict problem spots in the future.

“At the current stage, the algorithm can only detect and locate problems, and it cannot predict future problems,” Zhou said. “It laid a solid foundation for the next step: prediction. Being able to detect subtle changes in the power grid promptly, our approach has the potential to predict future problems by including a power system model.”

Despite the confirmation of SSA’s effectiveness, fine tuning is still needed, including more ways to gather accurate geolocations of problems, more simulation testing and real-world data collection to “validate the algorithm and polish it to cope with more realistic scenarios.”

The paper, “Singular Spectrum Analysis based Quick Online Detection of Disturbance Start Time in Power Grid,” was presented at the 2015 Institute of Electrical and Electronics Engineers Global Communications Conference (IEEE GLOBECOM) in December 2016, and at an invited technical seminar at Graduate Education and Research in Information Security (GERIS) 2016 on March 8, 2016.