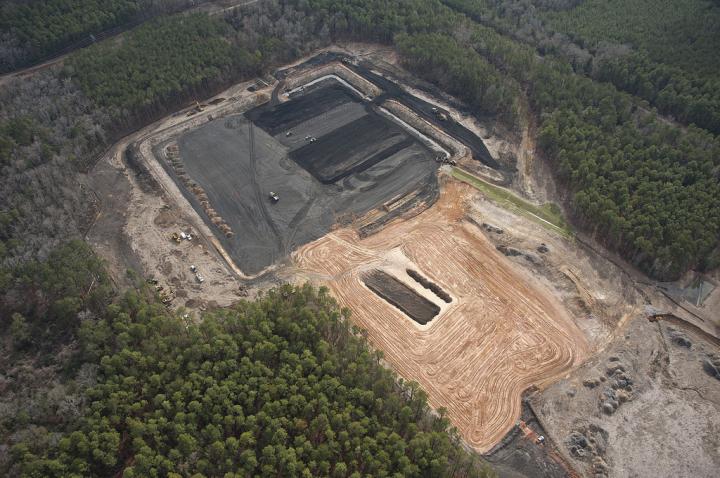 Groundwater contamination is increasingly recognized as a widespread environmental problem. The most important course of action often involves long-term monitoring. But what is the most cost-effective way to monitor when the contaminant plumes are large, complex, and long-term, or an unexpected event such as a storm could cause sudden changes in contaminant levels that may be missed by periodic sampling?

“Conventional methods of monitoring involve taking water samples every year or every quarter and analyzing them in the lab,” said Haruko Wainwright, a Berkeley Lab researcher who led the study. “If there are anomalies or an extreme event, you could miss the changes that might increase contaminant concentrations or potential health risk. Our methodology allows continuous monitoring in situ using proxy measurements, so we can track plume movement in real time.”

“Analysis of the autonomous in situ data can be rapidly analyzed remotely using machine learning methods,” she added. “It can act as an early warning system – we can detect sudden changes in contaminant levels. These changes may indicate a need for more or less intervention in terms of the remediation strategy, ideally leading to improved as well as more cost-effective cleanup.”

Environmental monitoring has become more important in recent years as remediation methods have been shifting away from intensive groundwater treatment and soil removal. “Intensive cleanup has a lot of negative environmental impacts, including air pollution, large energy-water use, and waste production,” Wainwright said. “So experts have started thinking about a paradigm shift from this very intensive remediation to a more sustainable remediation, or ‘green remediation,’ so we don’t just think at the contaminant level but we think about the net environmental impact.”

However, long-term monitoring could be costly over time for large contaminations. What’s more, current long-term monitoring strategies do not consider how abrupt or gradual changes in weather, such as heavy rain events, might influence plume behaviors. This aspect is particularly important when considering persistent plumes, such as those associated with metal or radionuclide contamination.

The new approach starts with sensors to track water quality variables that have been determined to be reliable indicators of contaminant levels. For the purposes of this study, the researchers tracked levels of tritium and uranium-238 in the groundwater at the Savannah River Site, a former nuclear weapons production site in South Carolina managed by the DOE.

For this site, they measured the acidity (or pH) levels and specific conductance (a measure of electrical conductance); these variables were determined to be reliable indicators for tritium and uranium-238 concentrations. The data from the multiple sensors were then fed into a Kalman filter to estimate contaminant concentrations. A Kalman filter is not a physical filter but rather a mathematical algorithm that can integrate mixed time-series data to make estimates. It is commonly used in various fields, such as traffic prediction and remote sensing.

Using historical data from the Savannah River Site, the researchers found that their technique provided reliable information about plume behavior over the last 20 years, indicating that the new approach holds significant promise as a long-term monitoring strategy for rapidly assessing a contaminant’s plume stability. Another advantage over conventional approaches is that it can reduce the frequency of manual groundwater sampling and lab analysis, and thus reduce the monitoring cost.

Wainwright, who is an expert in groundwater contamination and environmental data analytics, said this methodology can be used for both surface and underground water. It can also potentially be used to track other metals, radionuclides, and organic compounds commonly found in groundwater, such as arsenic, chromium, and fuels.

“There are so many different types of sensors available now, and sensor networking and rapid statistical analysis is straightforward,” she said. “We can put together all types of in situ sensors and estimate the target contaminant concentration using this framework for data integration in real-time.”

She added: “Improved monitoring techniques are essential to protect public health and the ecology. People feel safe if it’s properly monitored. Our technique is a way to monitor such sustainable remediation – effectively and cheaply.”