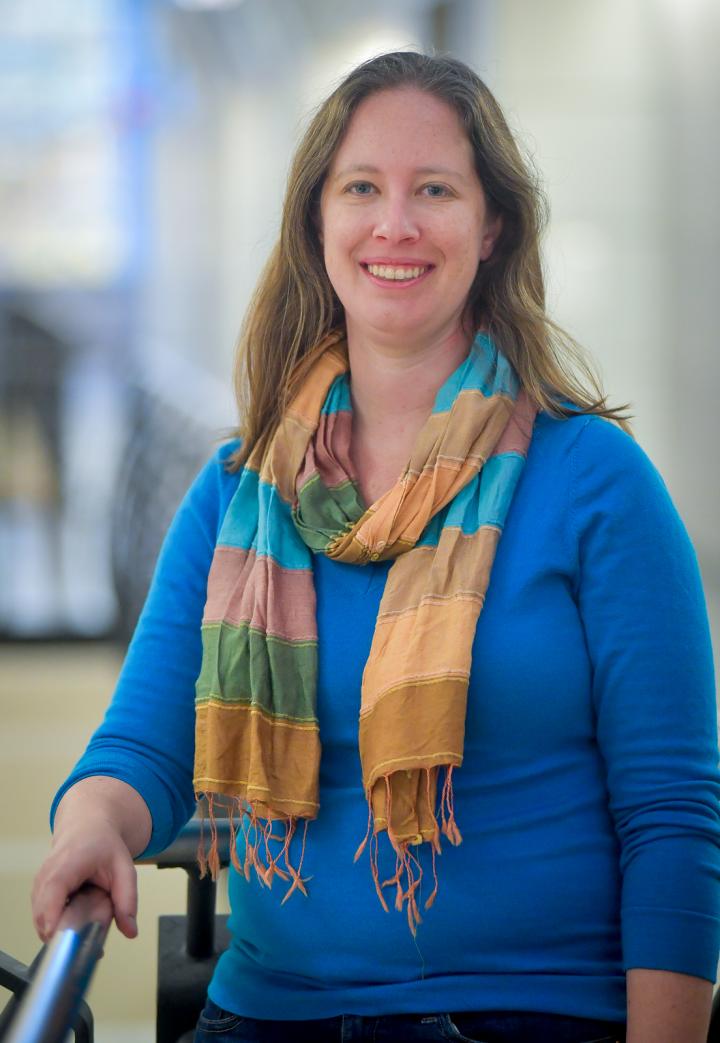 Researchers at the U.S. Army Research Laboratory and the Joint Quantum Institute have created a pristine quantum light source that has the potential to lead to more secure communications and enhanced sensing capabilities for Soldiers.

ARL’s Dr. Elizabeth Goldschmidt and JQI’s Dr. Sunil Mittal and Prof. Mohammad Hafezi discuss this research in their paper titled “A topological source of quantum light” that is featured in the journal Nature.

Photons, the smallest amount of light that exists, are useful when it comes to carrying quantum information, which can be used for encryption to avoid interception from adversaries and enhanced sensitivity to the environment.

According to the researchers, one major part of the puzzle is that the photons must be undisturbed and as similar as possible in order for secure communications and Soldier systems to operate at the highest quality.

The research team has successfully developed a silicon chip that guides light around the device’s edge, where it is protected from disruptions.

“Quantum sources, such as the one demonstrated in our research, are an enabling technology for integrated photonics-based scalable quantum networks and quantum information systems that require indistinguishable photons,” Goldschmidt said

For this experiment, the researchers used silicon to convert infrared laser light into pairs of different-colored single photons.

“We injected light into a chip containing an array of miniscule silicon loops, and the light circulates around each loop thousands of times before moving on to a neighboring loop,” Goldschmidt said.

According to Goldschmidt, the issue with the long journey the light takes, while necessary to get many pairs of single photons out of the silicon chip, is that small differences and defects in the material reduce photon quality.

“This is a problem for quantum information applications, as researchers need photons to be truly identical,” Goldschmidt said.

To solve this issue, the team rearranged the loops in a way that allows the light to travel undisturbed around the edge of the chip, shielding the light from disruptions.

“This so-called topological protection uses the geometry of the system, rather than the local material properties, to guide the light,” Goldschmidt said. “The relatively new field of topological photonics has focused to date on classical, rather than quantum, light fields and this work takes a step forward by demonstrating generation of quantum light in the topologically protected mode.”

An added benefit to the silicon chip developed is that it works at room temperature unlike other quantum light sources that must be cooled down, making the process a whole lot simpler.

For Goldschmidt, this project opens up a new research chapter for her, and is one that she hopes includes similar collaborative opportunities.

“My research interests span many aspects of quantum optics, and this work has allowed me to learn more about the emerging field of topological photonics,” Goldschmidt said. “I hope that this paper acts as a foundation for future work at the intersection of quantum optics and topological photonics and I am looking forward to continuing to collaborate with Professor Hafezi.”

As far as next steps to turn this research into reality, the team has plans to improve this source by using waveguides with less unwanted absorption and will continue to study the quantum properties of their topological photonic system.