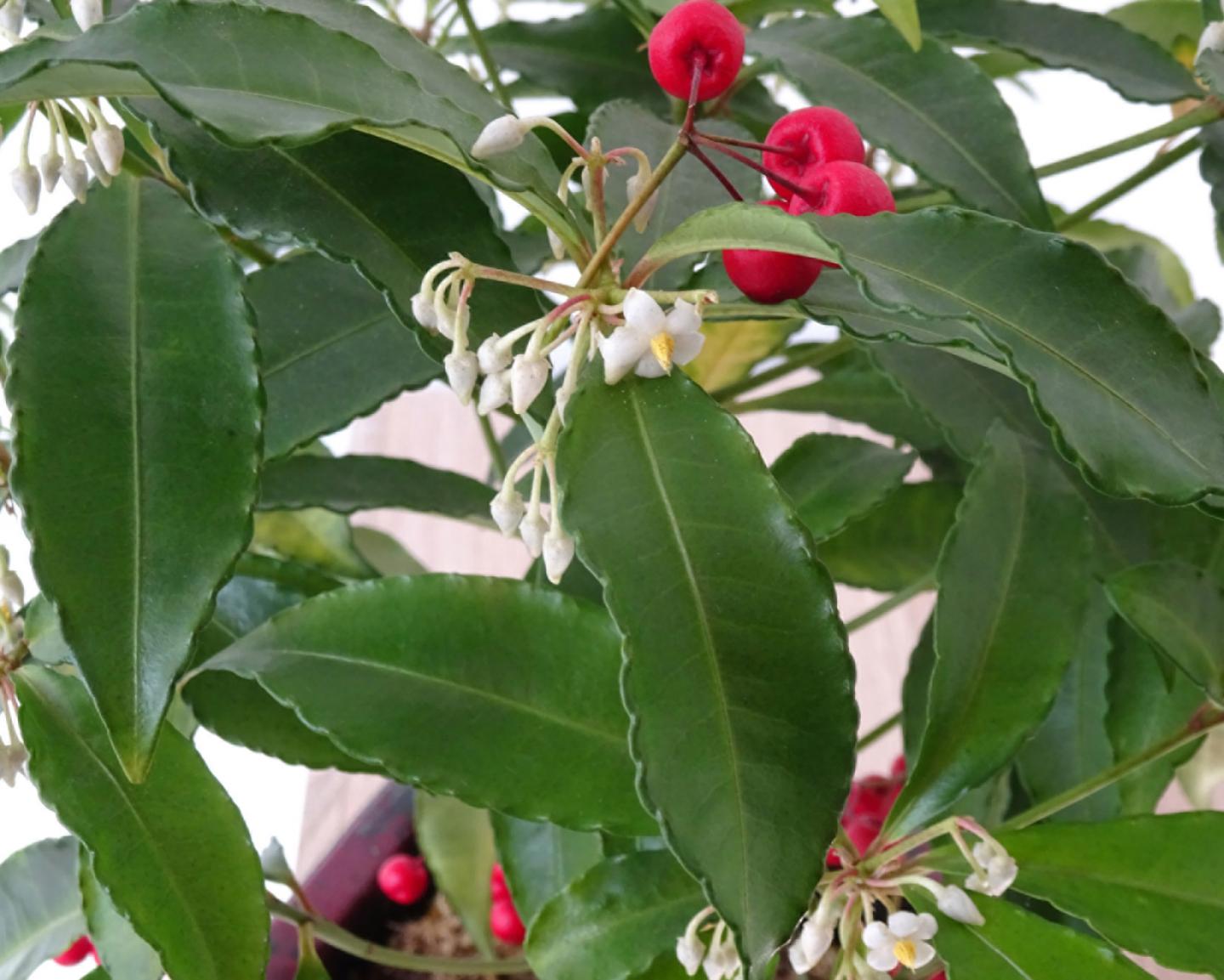 The coralberry could offer new hope for asthmatics: researchers at the University of Bonn have extracted a new kind of active pharmaceutical ingredient from its leaves to combat this widespread respiratory disease. In mice, it almost completely inhibits the characteristic contraction of the airways. The plant itself is not exotic: it can be found in any well-stocked garden center. The study is published in the renowned journal Science Translational Medicine.

The coralberry is no outstanding beauty most of the year. This however changes in the winter months: it then forms striking, bright red berries, which make it a popular ornamental plant during this time. Nevertheless, the scientists involved in the study are interested in the plant for another reason: the leaves of the coralberry contain a substance with the cryptic name FR900359. It is assumed that this could be suitable as a medication against certain diseases, despite the fact that Ardisia crenata (its botanical name) has so far been largely disregarded by science.

Researchers at the Institutes of Physiology I, Pharmaceutical Biology and Pharmaceutical Chemistry at the University of Bonn, together with asthma specialists from Nottingham (United Kingdom), have now published a study that could change this. They found that FR900359 is very effective at preventing the bronchial muscles from contracting. Asthmatics regularly suffer from these pronounced contractions preventing adequate ventilation of the lungs. The resulting shortness of breath can be life-threatening.

The new compound relieves these spasms – and is supposedly more effective and has a more prolonged action than the most common asthma drug salbutamol. “However, we have so far only tested the substance in asthmatic mice,” explains junior professor Dr. Daniela Wenzel. Wenzel is doing research in respiratory diseases at the Institute of Physiology I at the University of Bonn; she was the leader of the study.

The idea to test FR900359 came from the Institute of Pharmaceutical Biology: there, the scientists managed to isolate and characterize the active pharmaceutical substance from the leaves of the coralberry. “This compound inhibits critical signaling molecules in our cells, the Gq proteins,” explains Wenzel. Gq proteins exert key functions in many processes in the body – including control of the airway tone.

Normally, interaction of various signaling pathways induces narrowing of the airways. Inhibition of individual signaling pathways can reduce the contraction of the respiratory tract. However, this does not make it possible to completely prevent such contractions in patients with severe asthma. The various contracting signals converge on Gq proteins and trigger airway spasm. “When we inhibit the activation of Gq proteins with FR900359, we achieve a much greater effect,” emphasizes Dr. Michaela Matthey from the Institute of Physiology I.

This worked exceptionally well in asthmatic mice in the study. “We were able to prevent the animals from reacting to allergens such as house dust mite with a narrowing of the bronchia,” Wenzel is pleased to report. There were hardly any side effects, as the active pharmaceutical ingredient could be applied via inhalation to the respiratory tract and thus only reached the systemic circulation in small quantities. However, it is not known whether the substance is also suitable for use in people. Although the scientists have already been able to show that human bronchial muscle cells in a petri dish and isolated human airways react in a similarly promising manner, further tests, which could take years, are required prior to its application in people.

Nevertheless, the work is already a great success. This is no coincidence: the German Research Foundation (DFG) funds the research group “G protein signal cascades: creating new pharmaceutical concepts with molecular probes and active pharmaceutical ingredients” at the University of Bonn. The aim is to pharmaceutically influence central signaling molecules such as the Gq proteins to identify novel substances for the treatment of certain diseases. Physiologists and pharmacists at the University collaborate closely within the research group; the current study is the result of this successful scientific interaction.