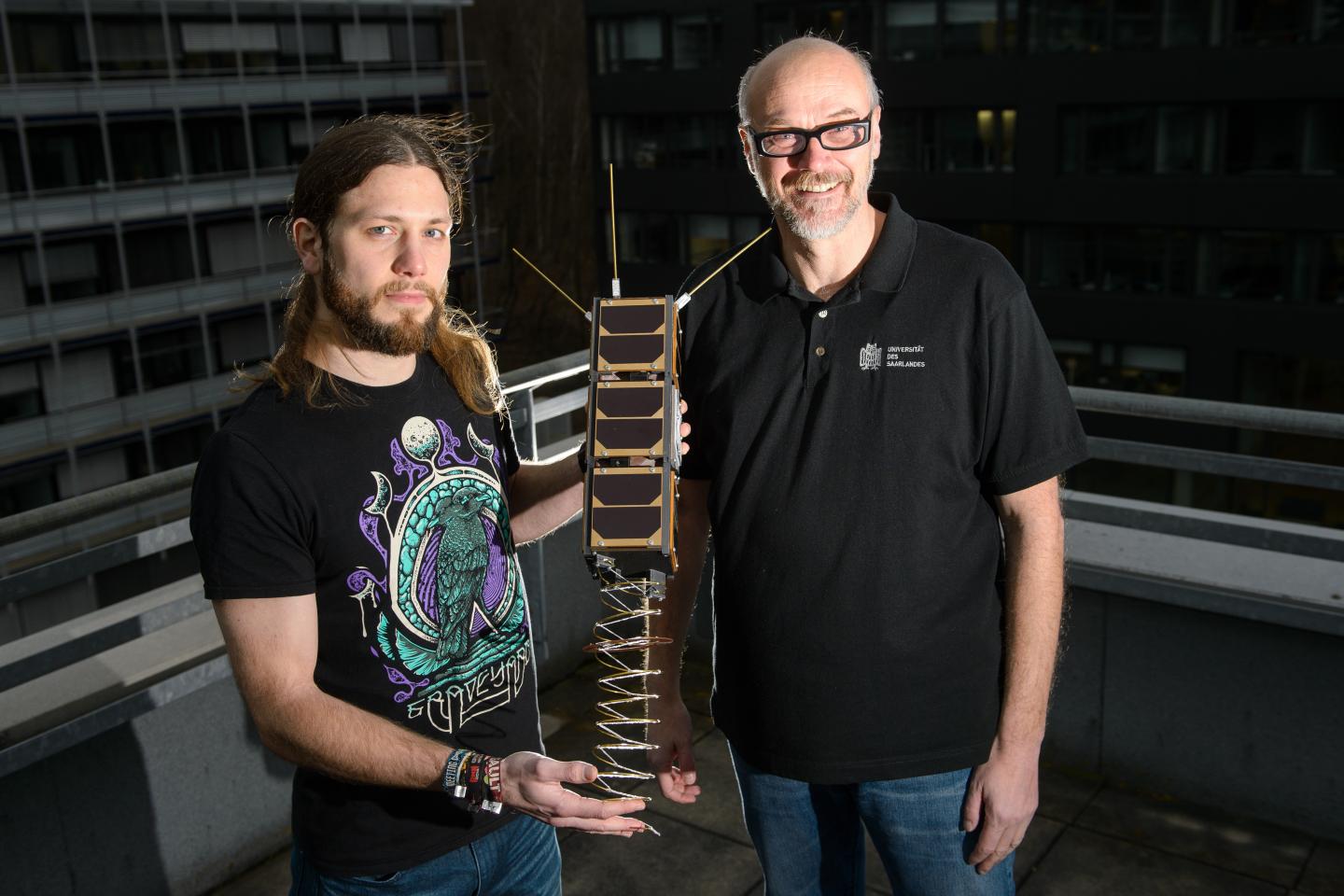 They are able to predict how much the on-board battery will in fact be utilized in the course of the satellite’s mission. The efficiency achieved here is about five times greater than with conventional systems. And electric cars on Earth are already benefiting from the procedure as well. The researchers will present their methods at the Cebit computer fair in Hannover (Hall 6, Stand E28).

“As far as we know, there is nothing like it in Earth orbit so far,” says Holger Hermanns, professor of Computer Science at Saarland University. In collaboration with his doctoral student Gilles Nies and student Marvin Stenger, Hermanns has developed a procedure that allows for far more accurate predictions of the amount of battery power needed for a particular operation in space. Until now, space logisticians have tended to plan with overly large and heavy batteries, conceding valuable space needed for other equipment and experiments. “Amongst other things, not enough attention has been paid to the recovery effect, a phenomenon well-known from mobile phones. If the phone dies due to an empty battery, it often takes just a few minutes of waiting, then you can turn the phone back on again and use it, for a short time at least,” Hermanns says. The new battery model can be used to monitor the exact amount of energy currently available, and determine how much of it is present in chemically bound form, that is, not immediately usable. This lets the computer scientists calculate the probability of the battery being discharged at any given moment.

The Saarbruecken computer scientists’ findings can also be applied on Earth. “Batteries are ubiquitous — and a good battery model helps in a lot of situations,” says Holger Hermanns. Consider, for instance, the energy demands of an electric car: “So far, we could only answer the following question: Under ideal conditions, will the battery charge be enough for this electric car to make it to Frankfurt Airport? Now we can see whether the air conditioning system can be operated in such a way that you have a chance greater than 99 percent at all times to make it to your plane in time with the current charge”, explains Hermanns.