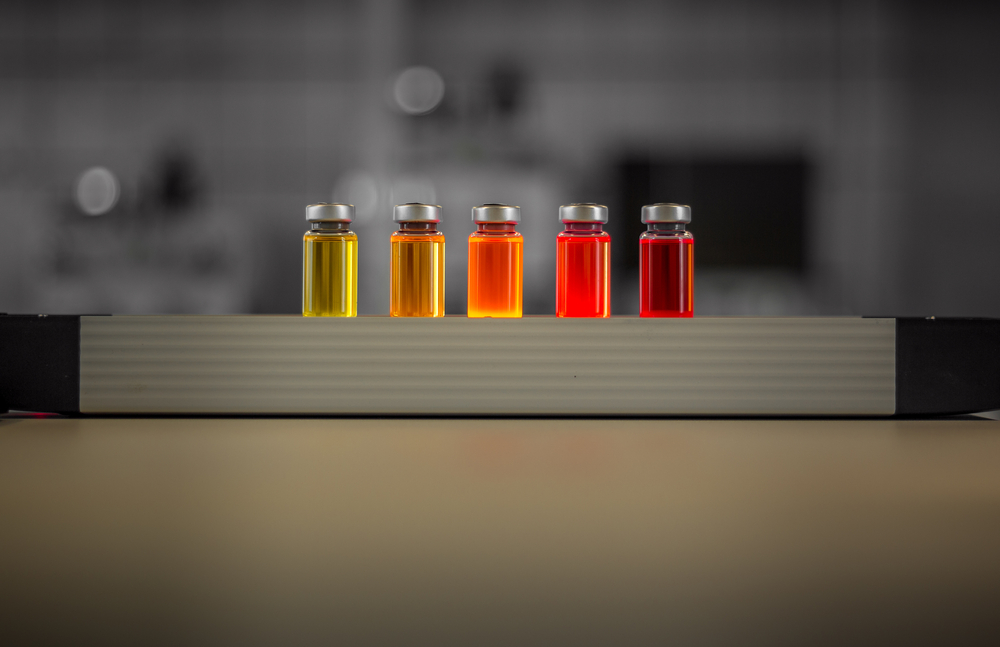 Researchers in the University of Maryland (UMD) Fischell Department of Bioengineering (BIOE) Jewell Laboratory are using quantum dots – tiny semiconductor particles commonly used in nanotechnology – to decipher the features needed to design specific and effective therapies for multiple sclerosis (MS) and other autoimmune diseases. Their findings were published this week as the cover story of Advanced Functional Materials.

“Engineering technologies aimed at autoimmune disease could pave the way for new treatment options,” said principal investigator and BIOE assistant professor Christopher Jewell. “However, in order to develop next-generation therapies, bioengineers need basic insight into the specific features that are critical to therapy design. Generally, because the human body is so complex, discoveries in medicine have relied on trial-and-error. But, by using rational design approaches – understanding what each piece of a potential therapeutic controls – we have the potential to transform how disease is tackled. Toward this goal, our team used quantum dots to dissect some of the important design features for new nanotherapeutics aimed at MS.”

In MS, the immune system incorrectly recognizes components of the central nervous system, causing inflammation and destruction of myelin, the fatty substance that surrounds and protects nerve fibers. When this happens, nerve fibers and cells are damaged, leading to loss of motor function and other complications. The National Multiple Sclerosis Society estimates that MS affects more than 2.3 million people worldwide.

“Symptoms can vary greatly from patient to patient, but can produce extreme fatigue, muscle weakness, and spasticity, and significant pain, “said Krystina Hess, BIOE graduate student and lead author of the Advanced Functional Materials paper. “There is currently no cure for MS, and traditional therapies broadly decrease the activity of the immune system at a cost that leaves MS patients vulnerable to infection.”

One promising strategy to overcome these hurdles is generation of what are known as regulatory T cells (TREGS), the type of white blood cells responsible for turning off immune responses in the body. These cells are capable of restraining the inflammatory response against myelin that occurs in MS, while keeping healthy functions of the immune system intact.

In the human body, the immune system uses antigens – molecules that are present on all cells and vary according to the type of cell – to distinguish self-cells from foreign cells. Because the immune system recognizes specific types of antigens as those displayed by human cells, it can quickly activate an immune response once it detects foreign substance, such as bacteria, toxins, or a virus.

Recent studies focused on specific MS treatments have revealed that the development of inflammation or tolerance against self-molecules is influenced by the concentration and form of antigens reaching the tissues that coordinate immune function – namely, lymph nodes and the spleen. Even more, new studies reveal that changing the way myelin is processed and presented to the immune system can drive tolerance instead of inflammation.

Knowing this, Jewell teamed up with Dr. Igor Medintz and his colleagues at the U.S. Naval Research Laboratory to develop a precision system that uses quantum dots to control how many self-antigens are displayed on each dot. One reason Jewell and his team looked to quantum dots is because they are uniform and very small, allowing efficient draining through lymphatic vessels and accumulation in the lymph nodes.

Quantum dots are also fluorescent, which allows real-time tracking in cells and animals. The team hypothesized that, by using quantum dots displaying defined densities of myelin peptides, they could reveal how the number or density of peptides alters the processing and trafficking of the peptide and, in turn, promotes TREGS that control the disease.

“One of our exciting findings is that tolerance and elimination of paralysis in a pre-clinical mouse model was much better when myelin peptides were displayed on many quantum dots at a low density of 25 per dot, instead of fewer quantum dots displaying the same number of peptides but at a high density of 65 per dot,” Jewell said. “Developing specific knowledge or design guidelines such as these might enable more selective – and effective – therapies to treat MS and other diseases.”