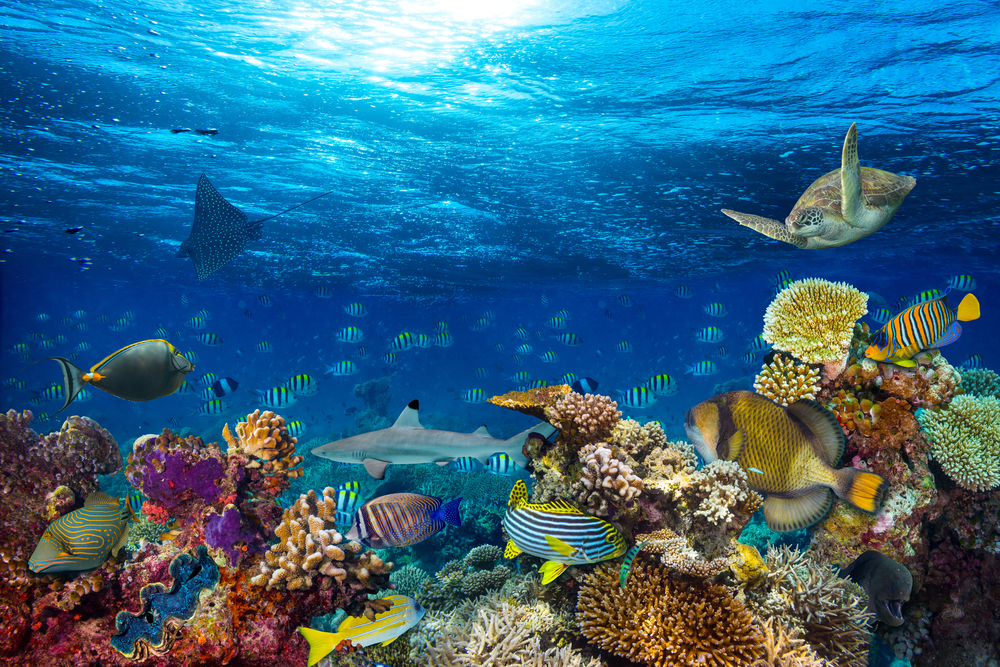 Coral reef bleaching is stark evidence of the damage being inflicted by global climate change on marine ecosystems, but a research team led by scientists at the University of California, Irvine has found some cause for hope. While many corals are dying, others are showing resilience to increased sea surface temperatures, pointing to possible clues to the survival and recovery of these vitally important aquatic habitats.

“Field observations have shown a heterogeneity or patchiness of the bleaching process at the reef scale, which means that some corals are responding differently to heat stress,” said Aryan Safaie, lead author of a study published today in Nature Communications.

“We know that some species are more thermally tolerant than others,” he added. “But our study shows additionally that certain locations within a reef might be more amenable to allowing corals to persist in the face of increasing water temperature.”

To reach this conclusion, Safaie, a Ph.D. student in UCI’s Department of Civil & Environmental Engineering, said it was necessary to examine reefs more closely in terms of both space and time, versus relying solely on satellite remote-sensing products. He and his collaborators analyzed decades’ worth of field data collected at 118 locations spanning five coral reef regions around the world, including the Great Barrier Reef near Australia and sites in the Indian Ocean, Pacific Ocean, Caribbean Sea and the Red Sea.

“Satellite images are indispensable in giving us the big picture and providing tools for long term projections of ocean health,” he said. “But, these spacecraft collect data only once or twice weekly, there just isn’t enough to provide a clear understanding of the daily and hourly variability of ocean conditions unless you’re looking at more frequently reported field observations.”

The team found that in reef locations with more high-frequency temperature variability – water temperature spiking during the day and dropping at night, day in and day out – severe bleaching was less likely to occur.

“We think of corals as these thermally sensitive organisms, and that temperature variability would mean they would have a harder time all the time,” said coauthor Kristen Davis, UCI assistant professor of civil & environmental engineering and Earth system science. “Instead, what we found is that higher daily temperature variability made corals stronger and more resilient when a thermal stress event came along.”

The upshot of this work, according to Davis, is that scientists now have a better way to predict the outcome of coral reef bleaching events, which can lead to better conservation strategies.

“As we move into a time when corals are threatened by global warming, if there are some living corals remaining on a reef after a bleaching event, there will be some genetic material to repopulate the reef with corals that are more thermally resilient,” she said.

Davis said further work is needed to identify where these super corals live, so that those areas can be protected from over fishing and development.