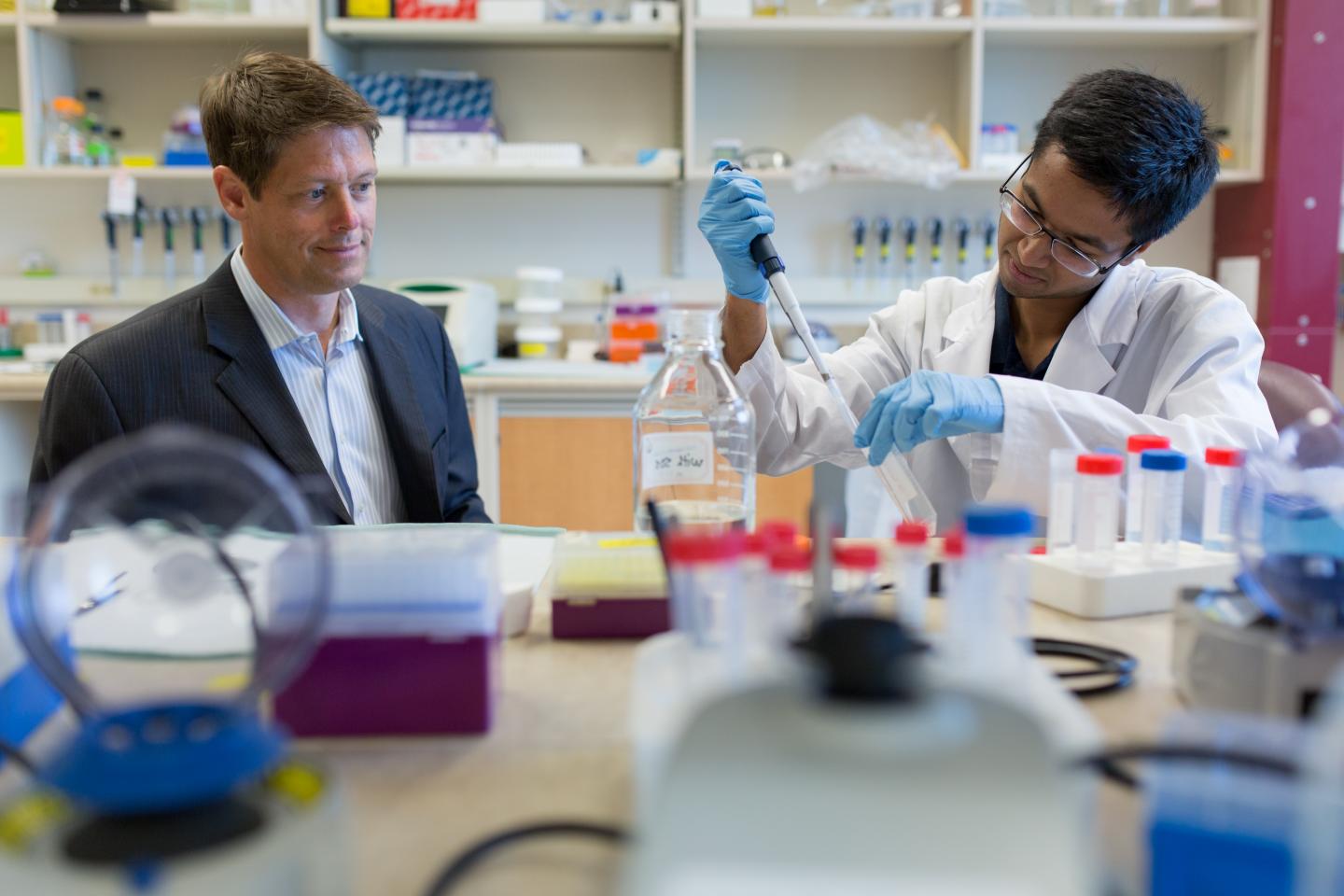 A new diagnostic developed by Alberta scientists will allow men to bypass painful biopsies to test for aggressive prostate cancer. The test incorporates a unique nanotechnology platform to make the diagnostic using only a single drop of blood, and is significantly more accurate than current screening methods.

The Extracellular Vesicle Fingerprint Predictive Score (EV-FPS) test uses machine learning to combine information from millions of cancer cell nanoparticles in the blood to recognize the unique fingerprint of aggressive prostate cancer. The diagnostic, developed by members of the Alberta Prostate Cancer Research Initiative (APCaRI), was evaluated in a group of 377 Albertan men who were referred to their urologist with suspected prostate cancer. It was found that EV-FPS correctly identified men with aggressive prostate cancer 40 percent more accurately than the most common test–Prostate-Specific Antigen (PSA) blood test–in wide use today.

“Higher sensitivity means that our test will miss fewer aggressive cancers,” said John Lewis, the Alberta Cancer Foundation’s Frank and Carla Sojonky Chair of Prostate Cancer Research at the University of Alberta. “For this kind of test you want the sensitivity to be as high as possible because you don’t want to miss a single cancer that should be treated.”

According to the team, current tests such as the PSA and digital rectal exam (DRE) often lead to unneeded biopsies. Lewis says more than 50 per cent of men who undergo biopsy do not have prostate cancer, yet suffer the pain and side effects of the procedure such as infection or sepsis. Less than 20 per cent of men who receive a prostate biopsy are diagnosed with the aggressive form of prostate cancer that could most benefit from treatment.

It’s estimated that successful implementation of the EV-FPS test could eventually eliminate up to 600-thousand unnecessary biopsies, 24-thousand hospitalizations and up to 50 per cent of unnecessary treatments for prostate cancer each year in North America alone. Beyond cost savings to the health care system, the researchers say the diagnostic test will have a dramatic impact on the health care experience and quality of life for men and their families.

“Compared to elevated total PSA alone, the EV-FPS test can more accurately predict the result of prostate biopsy in previously unscreened men,” said Adrian Fairey, urologist at the Northern Alberta Urology Centre and member of APCaRI. “This information can be used by clinicians to determine which men should be advised to undergo immediate prostate biopsy and which men should be advised to defer biopsy and continue prostate cancer screening.”

The team plans to bring the test to market through university spin-off company Nanostics Inc, which was founded by John Lewis, Catalina Vasquez, Desmond Pink and Robert Paproski.