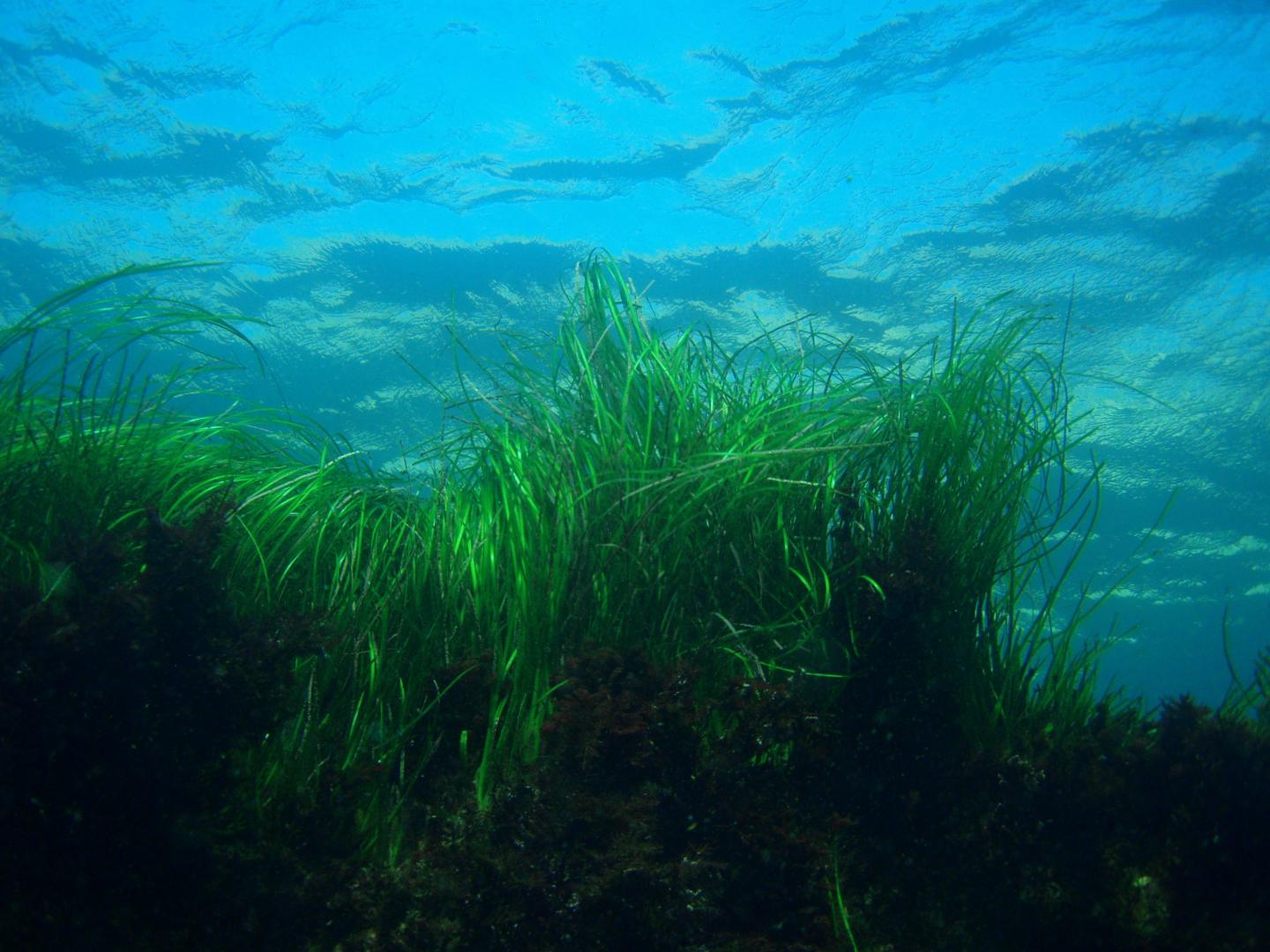 Seagrass meadows could play a limited, localized role in alleviating ocean acidification in coastal ecosystems, according to new work led by Carnegie’s David Koweek and including Carnegie’s Ken Caldeira and published in Ecological Applications.

When coal, oil, or gas is burned, the resulting carbon dioxide is released into the atmosphere where it is the driving force behind global climate change. But this atmospheric carbon dioxide is also absorbed into the ocean where chemical reactions with the seawater produce carbonic acid, which is corrosive to marine life, particularly to organisms like mussels and oysters that construct their shells and exoskeletons out of calcium carbonate.

Seagrasses provide an important source of food and shelter for marine animals, help fight erosion of the sediments that form the sea bed, and filter bacterial pathogens from the water. They also take up carbon dioxide as part of their daytime photosynthetic activity.

Research has already demonstrated that the estuaries and bays of California’s coastline are experiencing ocean acidification. So, the team set out to test the theory that carbon dioxide uptake by seagrass meadows could buffer the pH of the ocean water in their immediate surroundings and help to fight off the effects of acidification in the short term.

They combined data from seagrass meadows in Tomales Bay, an inlet of the Pacific Ocean in California’s Marin County, with sophisticated modeling tools that accounted for a variety of factors including, the amount of seagrass within the meadow, seasonal variation in photosynthetic activity and nighttime respiration, water depth, and tidal currents.

On average, the computer simulations predicted that the seagrass meadows would turn back the clock on ocean acidification a few decades, a small offset to the more than 150 years of acidification–a process that is now happening more quickly than ever with increasing fossil fuel emissions.

However, there were small time windows where their models show that seagrass meadows were able to offer much greater buffering. These occurred during periods when low tides occurred during the daytime when photosynthesis occurs. Koweek and Caldeira say that these offer important opportunities.

This level of buffering could make an impact in aquaculture endeavors or even in natural shellfish communities where marine organisms are able to align their calcification activity with the seagrass buffering periods.

“We are starting to understand that some marine organisms, such as blue mussels, are actually able to shift the time of day in which they do most of their calcification. If other organisms are able to do the same, then even brief windows of significant ocean acidification buffering by seagrass meadows may bring substantial benefits to the organisms that live in them”, Koweek said.

Koweek and Caldeira are grounded in their optimism for solutions to stop ocean acidification around the world.

“Of course, the only way to truly fight ocean acidification is to rapidly and permanently reduce the rate at which we are spewing carbon dioxide emissions into the sky,” Caldeira noted.

“However,” added Koweek, “seagrass meadows are a critical part of California’s coastline. Although our results indicate that seagrass meadows along the California coast are not likely to offer long-term buffering to fight ocean acidification, their enduring role as habitat for marine organisms, protectors against sea level rise, and magnets of biodiversity should be more than enough reason to restore and protect these iconic ecosystems.”