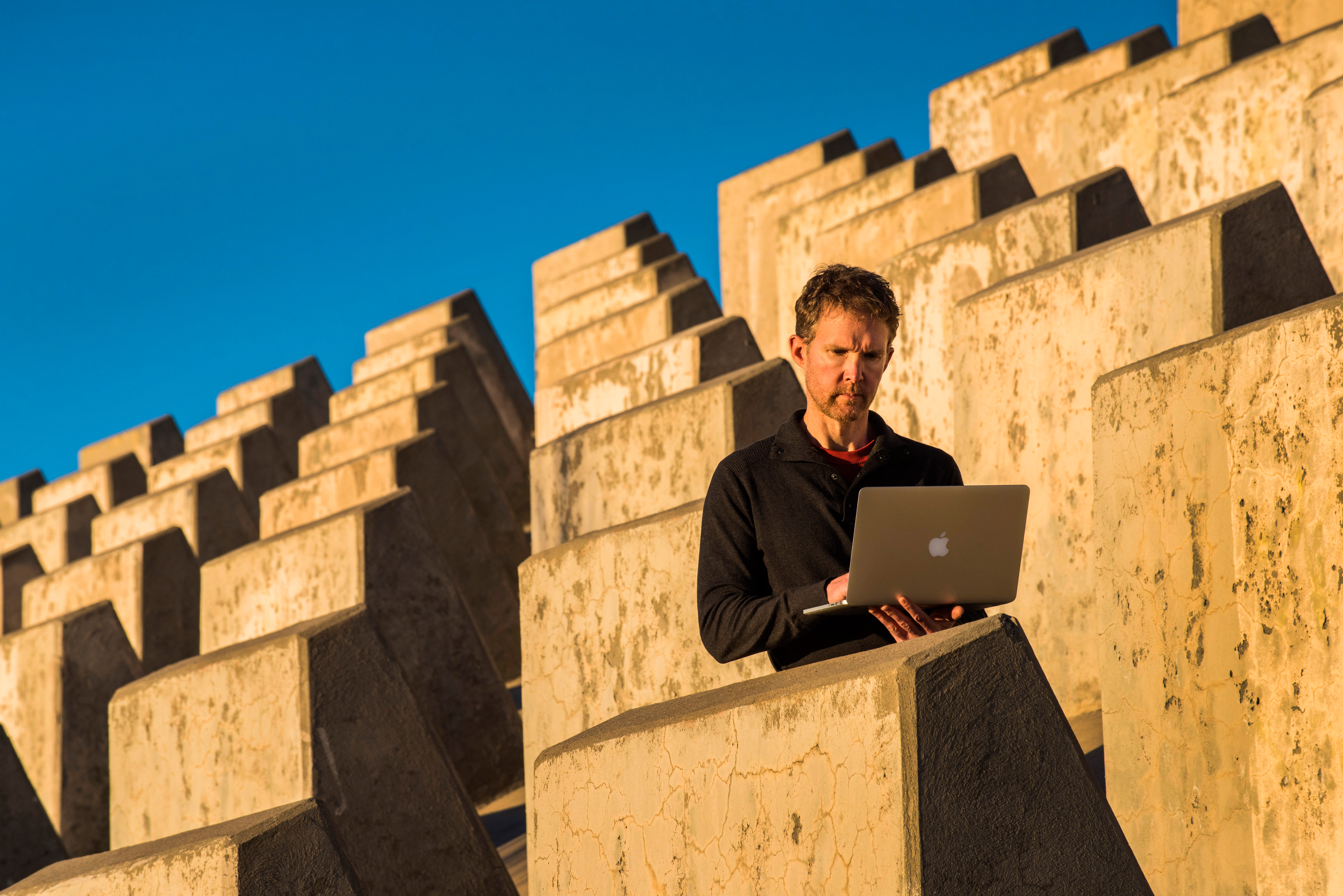 In March 1995, members of a Japanese cult released the deadly nerve agent sarin into the Tokyo subway system, killing a dozen people and injuring a thousand more.

This leads to the question: What if a U.S. transportation hub was contaminated with a chemical agent? The hub might be shut down for weeks, which could have a substantial economic impact. Craig Tenney, a chemical engineer at Sandia National Laboratories, is looking for better ways to clean contaminated concrete to reduce that impact.

“We can’t just rip out and replace the affected concrete — that would be too expensive,” said Tenney. “We need to decontaminate it and make it safe. The public has to be confident enough to come back and use the affected facility.”

The project, funded by Sandia’s Laboratory Directed Research & Development program, uses computer simulations to examine how chemical agents soak into and bind within concrete. The power of the simulations is that researchers can glimpse details they can’t obtain experimentally. Researchers can expose a concrete block to a chemical, try to clean it and then detect the remaining chemicals, but that doesn’t allow them to watch what is happening on the inside, Tenney explained.

Decontaminating concrete is difficult because it’s chemically and physically complex. Tenney said he and his team need details of the chemical interactions that occur in concrete so they can design new decontamination methods and mixtures.

Concrete has been used since the Roman era and is everywhere: building foundations, sidewalks, even specialized underground seals and linings. But its ubiquity masks remarkable chemical complexity and physical intricacy, said Ed Matteo, a chemical engineer with expertise in cement durability.

Like a cake, the recipe for concrete can change depending on how spongy, or porous, it needs to be, but the major ingredients remain the same. Roasted and finely ground limestone and clay make up the “flour,” which is mixed with water to form the gluey “dough” called cement. Concrete is just cement with sand or gravel added to bulk up the mix. Other ingredients can be added to tweak properties, such as the time it takes to set.

On the chemical level, cement is made up of many minerals including aluminosilicates from clay, calcium oxide of quicklime and even potassium hydroxide from potash. But the most important component is amorphous calcium silicate hydrate, the “glue of the glue,” said Matteo. Cement loves water and is extremely alkaline. All this affects how chemicals react with concrete.

In addition to its chemical complexity, concrete is intricately spongy and thus really hard to clean up. It may not look like it from the outside, but concrete is full of microscopic pores that allow a concrete structure to grab onto chemicals and sometimes “breathe” them back out. That means even if the concrete surface is cleaned, dangerous chemicals from an event could still be hiding deep inside.

Breaking down the problem into bite-sized pieces

Building upon Sandia’s long-standing expertise in molecular-scale geochemical simulations, Tenney and his team modeled several long-lasting, oily chemical agents to see how they react and move within tiny water-loving concrete pores: where they spend their time and how they degrade.

These simulations monitored several molecules of chemical agents wiggling for several nanoseconds in nanometer-sized pores 5,000 to 10,000 times narrower than a human hair. The team validated the simulations against what little experimental data is available, which provided a good starting point.

Building on that knowledge and his expertise in atomic-scale models of chemical reactions, Chris O’Brien, a computational materials science postdoctoral researcher, looked at how chemical agents degrade in concrete. He modeled an agent bound to several representative concrete environments and watched how this interaction hastened or slowed the natural break-down process. He plans to expand to other chemical agents, time and funding permitting. The team will use the results to determine the best way to decontaminate concrete exposed to nasty chemicals.

Tenney and his team still have much to do before they can suggest better decontamination mixtures for concrete, but they have determined how strongly various agents stick to concrete pores and which ones clump together.

Tenney would like to team up with geochemists to look at the larger picture. Using information gained from the nanoscale models as a starting point, they would look at larger bits of concrete, still smaller than a human hair, and watch how chemical agents soak into the concrete. Once they understand the transport of chemical agents in concrete, Tenney says, they can suggest decontamination mixtures that would move similarly, following an agent to its hiding place within the porous concrete.

One strength of the computer models is that they allow fairly rapid evaluation of different possible decontamination solutions, often much faster than experiments. This will let Tenney’s team screen many different formulations to see which ones are best at pulling agents out of concrete or away from each other. Another future goal is to experimentally test these new decontamination methods on concrete contaminated with sample chemicals to validate the insights gained from the computer modeling.

What they learn from the computational models could lead to more accurate field tests, said Tenney. Tests that accurately determine the areas impacted by an event and whether the cleaning was effective would improve the efficiency and reliability of decontamination.

“Yes, it would be great from a scientific perspective to just understand what’s going on, but from an engineering point of view, it would also be darn nice if we could take that understanding, tailor our approach for decontamination and make it better,” said Tenney. “This is a national lab-scale problem and there are lots of little pieces that need to be put together to solve a big problem. If the unfortunate ever does happen, at least we [will be] prepared.”