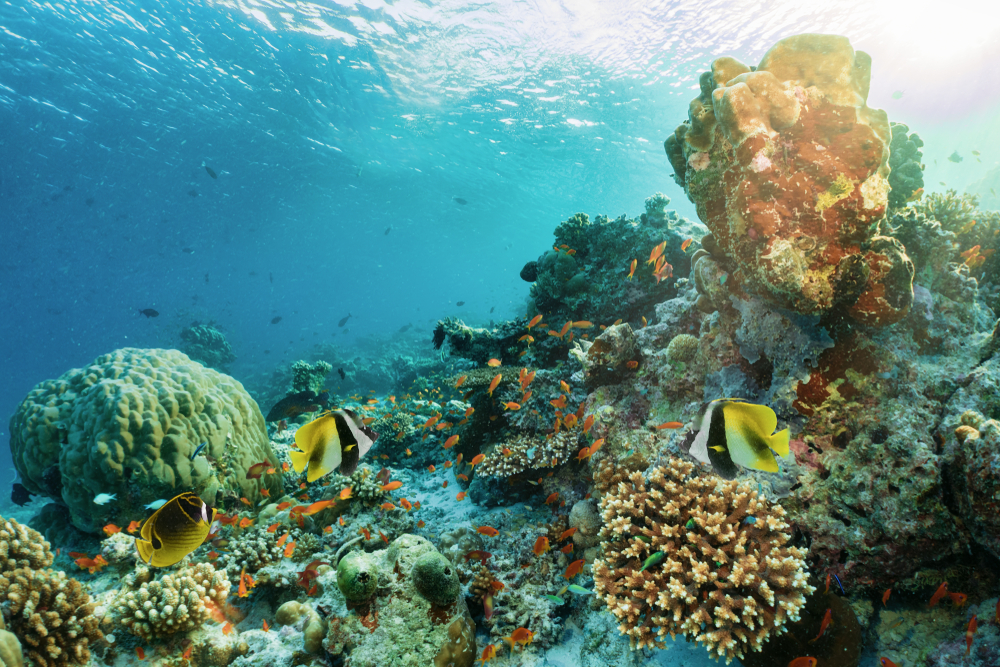 The gorgonians are replacing scleractinian corals that are disappearing from marine ecosystems due to human impact and global climate change. This is the result of a study carried out by researcher of the Institute of Science and Environmental Technology of the Universitat Autònoma de Barcelona (UAB) Sergio Rossi, which analyzes the reason why the gorgonians (or octocorals) are proving to be one of the “winning” species in this transition process triggered by the spiraling death rates and degradation of corals in the deep sea and reefs.

It is estimated that after the last El Niño event (2015-2016), 50% of Australia’s coral reefs are no longer functional: corals have died or been severely damaged. Climate change is eroding at all levels the most complex systems, such as reefs created by scleractinian corals, which are efficient animals that capture light through their symbionts (microscopic algae) to nourish themselves and build “stone”. That same “stone” (the hard part of the coral, formed by calcium carbonate) is partly responsible for the high rate of algae photosynthesis, which supply up to 95% of the nutrients the animal needs to live.

“What is going on? Although the light may remain fairly constant, the sea temperature has risen”, explains Rossi. The higher the temperatures, the more acceleration of the metabolic processes related to the photosynthetic process, to the extent that toxic molecules are created. The excess toxicity caused by the algae bothers the coral … or the algae itself, it is not clear. What is clear is that when the temperature is too high, the algae simply leave the coral. This process is known as bleaching. And without algae, with only 5-15% of nutrients, the coral dies.

Given this situation, the gorgonians (and sponges) are replacing the dead coral to a great extent. The study, which was recently published in the journal Scientific Reports, aims to understand the coral reefs’ functioning in order to foresee their future. To that end, it compares for the first time the photosynthetic efficiency in nine Caribbean gorgonians, one of the most affected places by the transition from a healthy coral reef to one dominated by different species (not only due to climate change). The study shows that the photosynthetic efficiency has to do with the morphology of the organisms -of the gorgonians in question- which have more food (trophic) flexibility with respect to the existing resources than the scleractinian corals. These data allow us better to understand why octocorals seem to have an advantage in transition processes with respect to scleractinians, “although there are still many questions to be answered in order to understand what the future underwater landscape will be in tropical zones of the entire world”.

However, according to the researcher, the replacement of corals by gorgonians is not entirely satisfactory. Although the gorgonians are more flexible to changes and adapt better, they store and retain less amount of carbon from the atmosphere, and their structures do not form reefs such as hard corals, nor are they more resistant to hurricanes. According to Rossi, “99% of the energy of the waves reaching the coastline during a hurricane is absorbed by coral reefs”. Therefore, the study concludes that the disappearance of these reefs and other complex and long-lived biogenic structures only accelerates the degradation process of the entire planet.