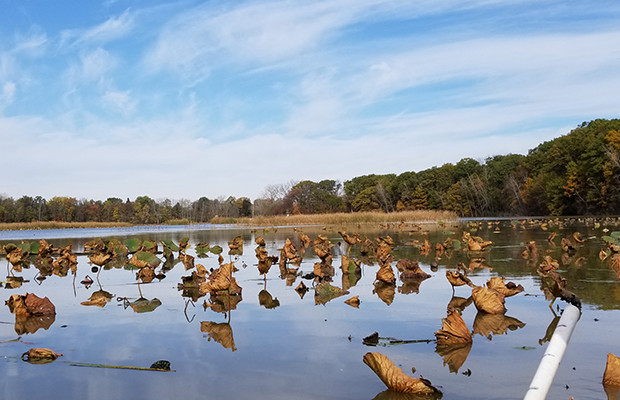 The discovery of the first known methane-producing microbe that is active in an oxygen-rich environment may signal that there is more methane being released into the atmosphere than previously believed.

Researchers from The Ohio State University have studied Old Woman Creek National Estuarine Research Reserve, a 573-acre freshwater wetland on the southern point of Lake Erie near Huron, Ohio and found that scientists have underestimated the number of places that methane-producing microbes can survive.

The discovery may mean that global climate models may be misjudging the amount of methane being released into the atmosphere.

Oxygen is supposed to be toxic to such microbes, called methanogens, but the newly named Candidatus Methanothrix paradoxum thrives in it.

The researchers found that 80 percent of the methane in the wetland they studied came from oxygenated soils.

“We’ve always assumed that oxygen was toxic to all methanogens,” Kelly Wrighton, project leader and professor of microbiology at Ohio State, said in a statement. “That assumption is so far entrenched in our thinking that global climate models simply don’t allow for methane production in the presence of oxygen.”

“Our work shows that this way of thinking is outdated, and we may be grossly under-accounting for methane in our existing climate models.”

The researchers were initially surprised by the discovery that microbes could survive in the oxygen-rich soils, where they found that in some cases, the oxygenated soils contained ten times as much methane as nonoxygenated soils.

The researchers sequenced microbe DNA from the soils and assembled genomes for the most plentiful organism, which turned out to be the new methane-producing microbe.

The researchers found traces of Candidatus Methanothrix paradoxum in more than 100 sites across North America, South America, Europe, and Asia. The organism lives in rice paddies, wetlands and peatlands.