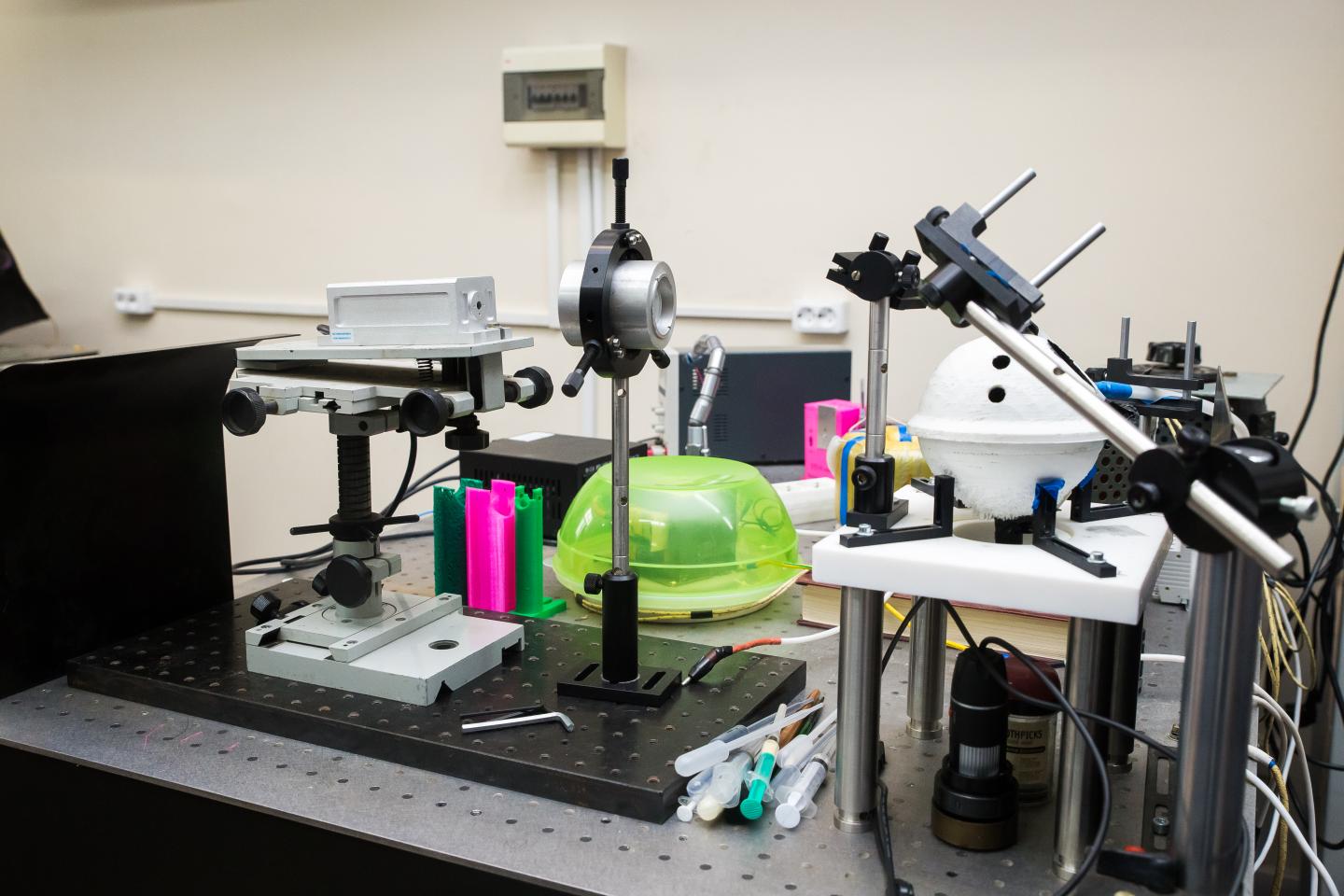 Scientists from ITMO University have developed and applied a new method for analyzing the electromagnetic field inside ion traps. For the first time, they explained the field deviations inside nonlinear radio-frequency traps. This allows to reconsider the prospects nonlinear traps applications, including ion cooling and studies of quantum phenomena. The results are published in the Journal of Physics B.

Ion traps can localize and restrain individual charged particles in a confined space for subsequent manipulations with these particles, such as displacing or even cooling. Cooling of an ion basically means reducing its kinetic energy, which almost completely “freezes” this ion. Scientists believe that in future this technique will help to observe quantum phenomena with the bare eye.

Physicists from ITMO University actively study radio-frequency traps and look for new ways to make them more effective. In their new research, they have proposed a new approach for more accurate analysis of electromagnetic field inside a nonlinear radio-frequency trap. Unlike simple linear traps, in which an ion is restrained in only one spot of the trap area, particles in nonlinear traps can be “caught” in several spots. Previously developed models were appropriate only for simple traps, since they could not explain the field symmetry violation that occurs in nonlinear traps. The proposed model is more universal as it explains the symmetry breaking and is suitable for describing both simple and complex traps.

“Our research, which resulted in a new technique, began with a coffee cup. I really enjoy it and often use a coffee machine at work. Annoyingly, my cup always slides on the tray during the coffee preparation. And each time it does so in different directions, which means that this not caused by the overall tilt of the machine. I have studied the literature on vibromechanics and came to the conclusion that so-called nonlinear friction is to blame. Then I realized that this phenomenon can be found in radio-frequency traps that we study. We have applied the method of complete separation of motion conventionally used in vibromechanics and suddenly found that this allows to describe previously unexplained symmetry breaking in the traps!” says Semyon Rudyi from Nonlinear Optics Laboratory at the ITMO University.

Scientists have tested their method on the experimental data obtained in previous studies. Old models of radio-frequency trapping were unable to explain strange deviations that take place in nonlinear traps, which limited the prospects of nonlinear traps application. Within the framework of the proposed model, these deviations were fully justified. New approach helps to predict and control the localization of charged particles for different electrode positions and voltages. This is necessary to create more efficient radio-frequency traps for various applications.

“Even though this work is theoretical, it is closely related to practice. Our group develops new designs of radio-frequency traps and constructs them to consequently localize various charged particles. We also theoretically investigate nanocrystals deeply cooled in these traps, since these particles can model quantum effects. Our studies often bring unexpected interesting results and bring us closer to interaction with quantum phenomena,” notes Tatiana Vovk from Laboratory of Modeling and Design of Nanostructures at the ITMO University.