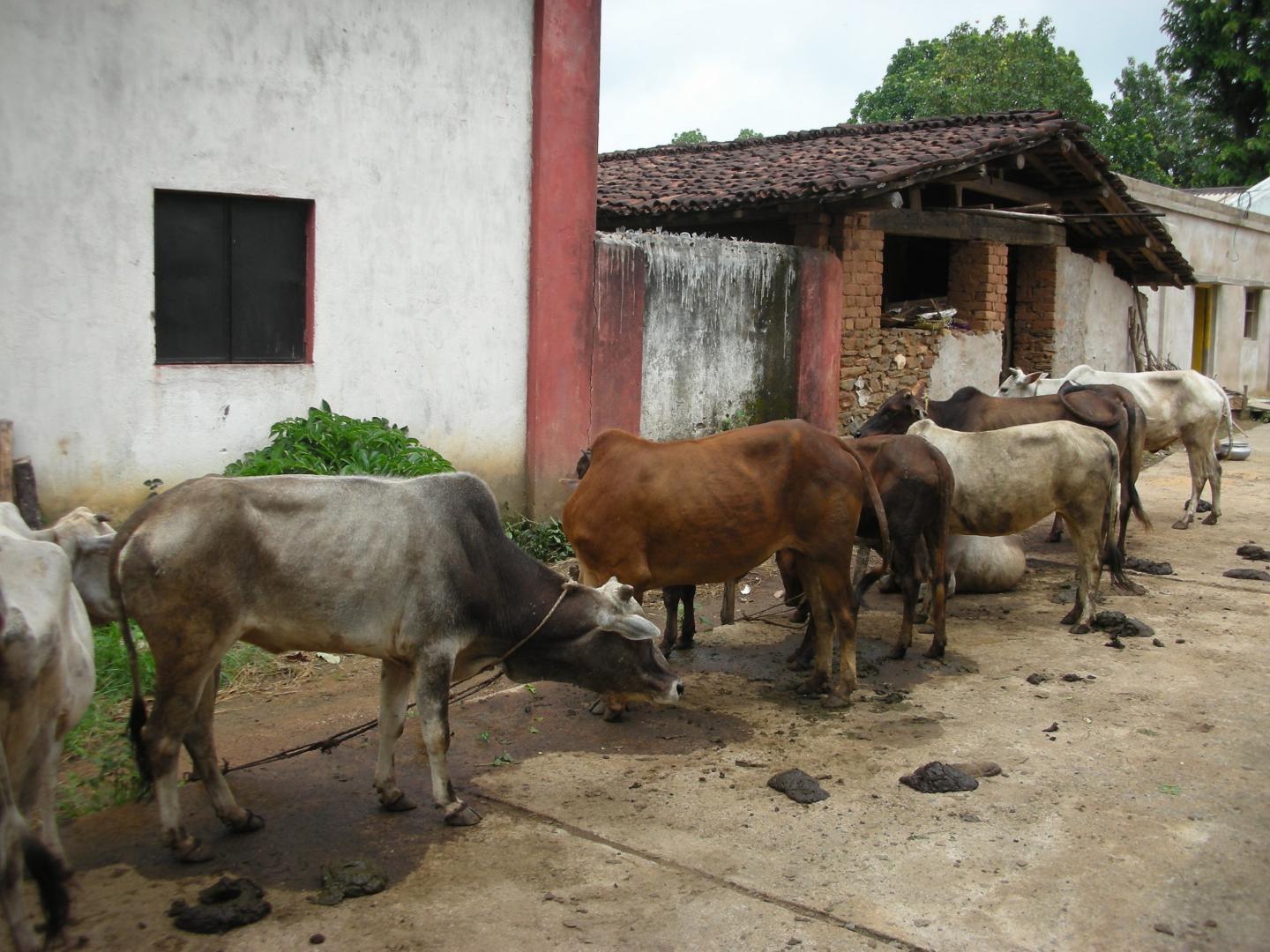 The researchers found that, in an area of India that has a high burden of malaria, most of the mosquitoes that are known to transmit malaria rest in cattle sheds and feed on both cows and humans. In these areas, cattle sheds are often next to and sometimes even connected by a shared wall to human houses.Credit: Jane Carlton

The goal of eliminating malaria in countries like India could be more achievable if mosquito-control efforts take into account the relationship between mosquitoes and cattle, according to an international team of researchers.

“In many parts of the world, the mosquitoes responsible for transmitting malaria are specialist feeders on humans and often rest within human houses,” said Matthew Thomas, professor of entomology, Penn State. “We found that in an area of India that has a high burden of malaria, most of the mosquitoes that are known to transmit malaria rest in cattle sheds and feed on both cows and humans.”

According to Jessica Waite, postdoctoral scholar in entomology, Penn State, cattle sheds are often next to, and sometimes even connected by, a shared wall to human houses, yet current control efforts are restricted to domestic dwellings only.

“Given this cattle-shed ‘refuge’ for mosquitoes, focusing only on humans with regard to malaria control is a bit like treating the tip of an iceberg,” said Waite.

The researchers determined the importance of cows in the malaria-control problem by capturing adult mosquitoes in different habitats within six villages in Odisha state — which has the highest number of malaria cases in the country — and noting where the mosquitoes had been resting. The team then used molecular techniques to determine which species they were and which hosts they had been feeding on.

The scientists collected a total of 1,774 Anopheles culicifacies and 169 Anopheles fluviatilis mosquitoes across all study sites. They found that both species were denser in cattle sheds than in human dwellings, and both were feeding on humans and cattle.

Next, the researchers used their field-collected data to help build a computer model that simulated the life of an adult mosquito. They used the model to explore how best to control the mosquitoes to have maximum impact on malaria transmission in these villages.

“Our model analysis suggests that conventional control tools — such as insecticide-treated bed nets and indoor insecticide sprays — are less effective when mosquitoes exhibit ‘zoophilic’ behaviors (having an attraction to nonhuman animals),” said Thomas. “However, extending controls to better target the zoophilic mosquitoes — for example, by broadening coverage of non-repellant insecticide sprays to include cattle sheds — could help reduce transmission dramatically.”

Waite added that the model suggests very little cattle-based vector control effort would be required to drive malaria transmission in the region to elimination.

“We show that directing even modest amounts of effort to specifically increase mosquito mortality associated with zoophilic behavior can shift the balance towards elimination,” she said.

“Understanding the dynamic between humans, cattle and mosquitoes could have major implications for malaria control policy and practice, not only in India, but in other areas where transmission is sustained by zoophilic vectors,” said Thomas. “Specifically, optimizing use of existing tools will be essential to achieving the ambitious 2030 elimination target set by the World Health Organization, which aims to decrease malaria cases globally by 90 percent compared to 2015 levels and eliminate malaria in at least 35 additional countries, by 2030.”