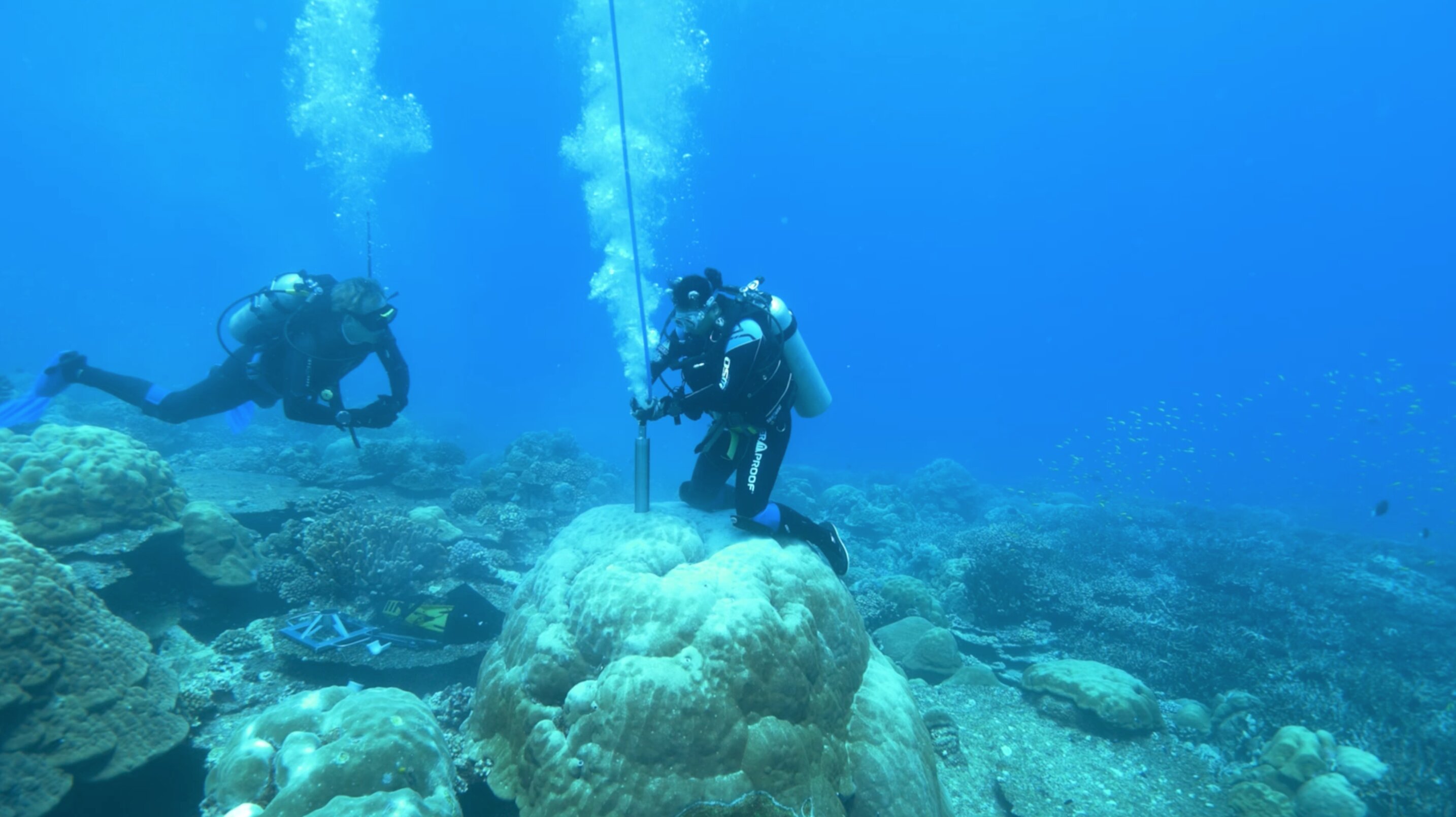 Researchers dive down to corals to extract coral cores that will give us information about Earth’s past climate. Credit: Jason Turl

A team from the University of New South Wales has are utlizing cores drilled from coral to detect different types of El Niño events, demonstrating how the nature of these events has changed, particularly over the last three decades. This discovery could help researchers understand extreme weather events caused by El Niño, especially in Australia, South East Asia and the Americas.

El Niño is an irregularly occurring and complex series of climatic changes that affects the equatorial Pacific region. This weather pattern is characterized by unusually warm, nutrient-poor water off the coast of northern Peru and Ecuador, beginning in late December.

The researchers found that over the 400-year-record of events, there has been an increase in Central Pacific El Niño activity that began in the late 20th century.

“We are seeing more El Niños forming in the central Pacific Ocean in recent decades, which is unusual across the past 400 years,” lead author Mandy Freund, PhD, said in a statement. “There are even some early hints that the much stronger Eastern Pacific El Niños, like those that occurred in 1997/98 and 2015/16 may be growing in intensity.”

Similar to the rings that tell the age of a tree, coral cores have centuries-long growth patterns and contain isotopes that can clue researchers into hints about climates of the past.

The researchers were able to find more information about El Niño by understanding that coral records contained enough information that allowed them to identify seasonal changes in the tropical Pacific Ocean.

While up until this point it was considered impossible to reconstruct El Niño records, the researchers refined their technique using machine learning to reconstruct the signature of El Niño in space and time and compare recent coral results with the instrumental record.

The researchers, for the first time ever, used the information from 27 seasonally resolved coral records to help detect the different types of El Niño events that have occurred throughout the last four centuries.

“Prior to this research, we did not know how frequently different types of El Niño occurred in past centuries,” co-author from the Centre of Excellence for Climate Extremes Ben Henley, PhD, said in a statement.

They ultimately discovered a correlation between the coral cores and recorded events, which allowed the research team to go back and discover that over the last 30 years there has been an unprecedented increase in the amount of El Niños formed in the Central Pacific as opposed to other 30-year periods during the last 400 years. They also found that the stronger Eastern Pacific El Niños were the most intense events ever recorded, confirmed by both the 100-year long instrumental record and the 400-year reconstructed record using coral cores.

The researchers believe their new methodology could be the basis for future climate research.

“The El Niño phenomenon is one of the most important features of global climate, and changes to its behavior have very serious implications for weather patterns and extreme events around the world,” Henley said.  “This gives us an opportunity to more accurately explore how global warming may change El Niños and what this means for future weather and climate extremes.”