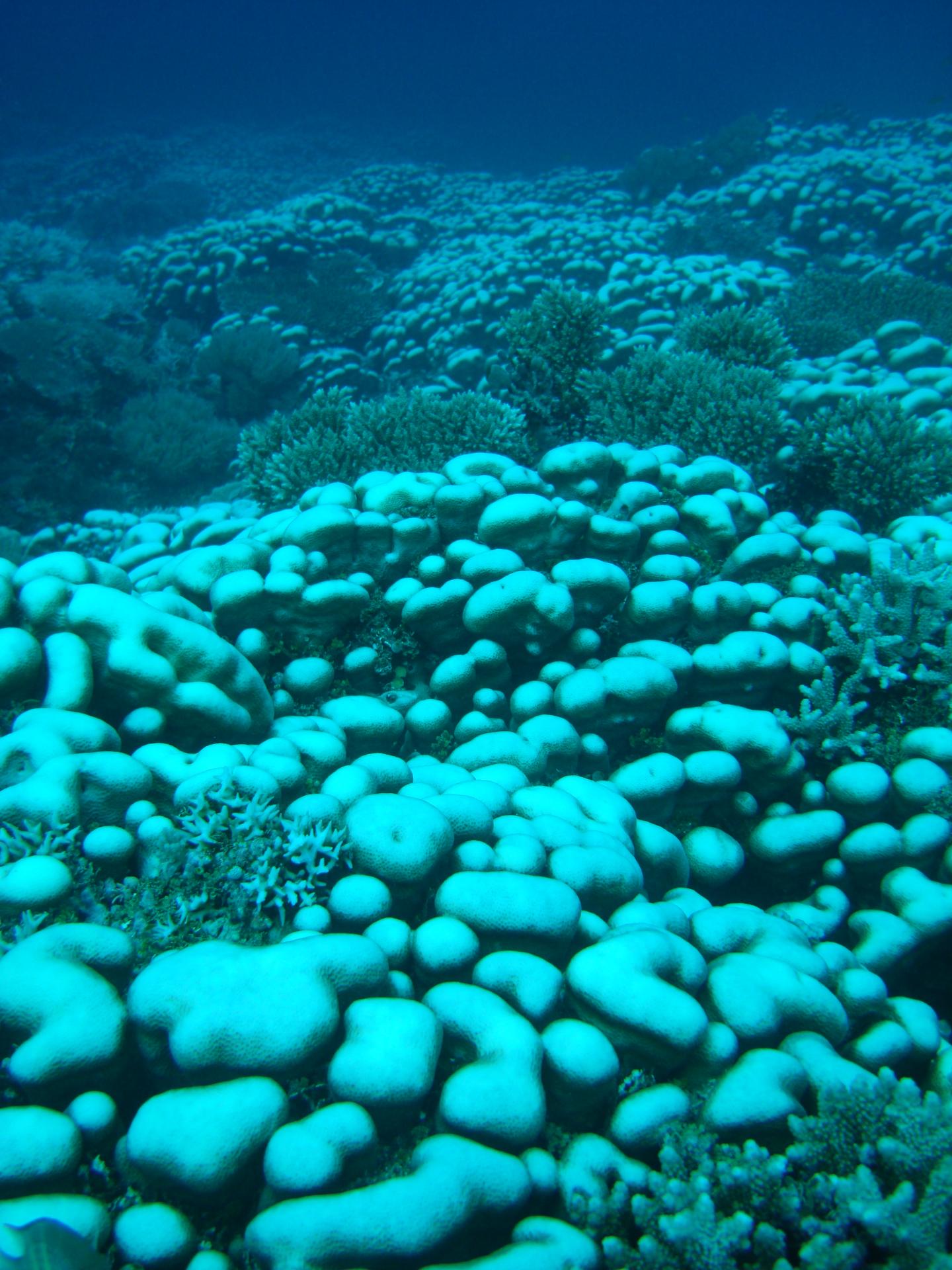 This 2010 image from the island country of Palau shows mild coral bleaching of a coral assemblage dominated by Pavona clavus. Credit: Florida Institute of Technology

Ocean warming is threatening coral reefs globally, with persistent thermal stress events degrading coral reefs worldwide, but a new study has found that corals at or near the equator are affected less than corals elsewhere.

The findings from Florida Institute of Technology Ph.D. student Shannon Sully and professor Rob van Woesik, along with colleagues at the University of California at Santa Barbara and Reef Check, were published March 20 in the journal Nature Communications.

The work, which was supported by the National Science Foundation and the Zegar Family Foundation, was based on analysis of field observations from a 20-year global survey of over 3,500 coral study sites led by Reef Check founder and former director Gregor Hodgson.

As expected, coral bleaching was most common in localities experiencing high-temperature stress, but it was significantly less common in those places with high monthly variation in temperatures.

“We found that it took higher temperatures to bleach corals this past decade than it did 20 years ago,” Florida Tech’s Shannon Sully said.

The authors suggest that bleaching at higher temperatures this decade is likely a consequence of the decline in temperature-sensitive corals during previous bleaching events and that the remaining populations now have a higher thermal threshold for bleaching.

“We found that the reefs near the Equator were less affected by bleaching than elsewhere, despite similar thermal-stress levels at equatorial sites,” said Deron Burkepile, a co-author from UCSB.

Rob van Woesik, professor and director of the Institute for Global Ecology at Florida Tech, said even with the new analysis, some questions remain.

“We are uncertain why equatorial reefs are more tolerant of recent temperature stress, but we do know that we must protect these equatorial reefs – and reefs everywhere – from other disturbances, lest we lose coral reefs that protect coastal inhabitants from storm waves and help feed millions of people worldwide,” he said.

Jan Freiwald, Reef Check’s executive director, added that he was glad to see Reef Check’s data put to good use.

“Reef Check’s citizen science divers work hard to survey reefs all over the world so that we have the data we need to understand our reefs and make effective management decisions in a changing planet,” he said. Key to carbon-free cars? Look to the stars