Engineers at the University of California San Diego have developed a high-throughput computational method to design new materials for next generation solar cells and LEDs. Their approach generated 13 new material candidates for solar cells and 23 new candidates for LEDs. Calculations predicted that these materials, called hybrid halide semiconductors, would be stable and exhibit excellent optoelectronic properties.

The team published their findings on May 22, 2019 in the journal Energy & Environmental Science.

Hybrid halide semiconductors are materials that consist of an inorganic framework housing organic cations. They show unique material properties that are not found in organic or inorganic materials alone.

A subclass of these materials, called hybrid halide perovskites, have attracted a lot of attention as promising materials for next generation solar cells and LED devices because of their exceptional optoelectronic properties and inexpensive fabrication costs. However, hybrid perovskites are not very stable and contain lead, making them unsuitable for commercial devices.

Seeking alternatives to perovskites, a team of researchers led by Kesong Yang, a nanoengineering professor at the UC San Diego Jacobs School of Engineering, used computational tools, data mining and data screening techniques to discover new hybrid halide materials beyond perovskites that are stable and lead-free. "We are looking past perovskite structures to find a new space to design hybrid semiconductor materials for optoelectronics." Yang said.

Yang's team started by going through the two largest quantum materials databases, AFLOW and The Materials Project, and analyzing all compounds that were similar in chemical composition to lead halide perovskites. Then they extracted 24 prototype structures to use as templates for generating hybrid organic-inorganic materials structures. 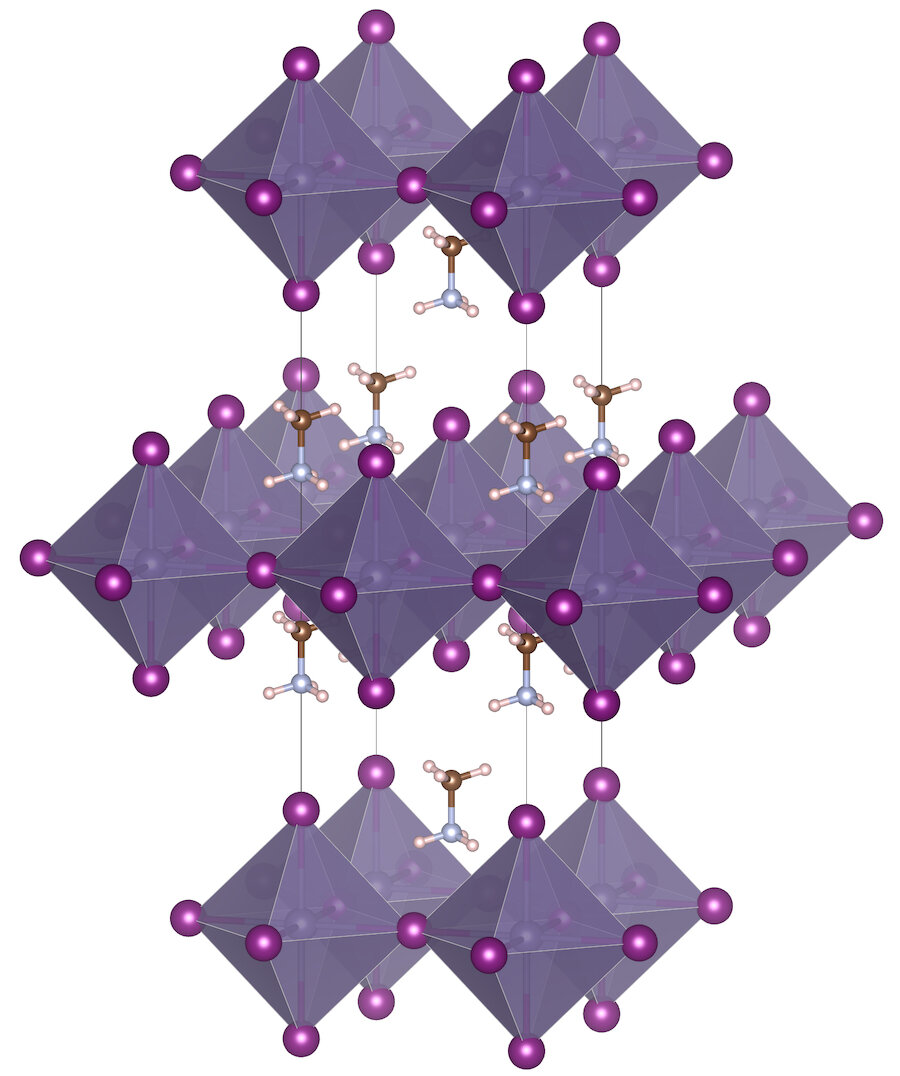 "A high-throughput study of organic-inorganic hybrid materials is not trivial," Yang said. It took several years to develop a complete software framework equipped with data generation, data mining and data screening algorithms for hybrid halide materials. It also took his team a great deal of effort to make the software framework work seamlessly with the software they used for high-throughput calculations.

"Compared to other computational design approaches, we have explored a significantly large structural and chemical space to identify novel halide semiconductor materials," said Yuheng Li, a nanoengineering Ph.D. candidate in Yang's group and the first author of the study. This work could also inspire a new wave of experimental efforts to validate computationally predicted materials, Li said.

Moving forward, Yang and his team are using their high-throughput approach to discover new solar cell and LED materials from other types of crystal structures. They are also developing new data mining modules to discover other types of functional materials for energy conversion, optoelectronic and spintronic applications.

Behind the scenes: SDSC's 'Comet' supercomputer powers the research

Yang attributes much of his project's success to the utilization of the Comet supercomputer at UC San Diego's San Diego Supercomputer Center (SDSC). "Our large-scale quantum mechanics calculations required a large number of computational resources," he explained. "Since 2016, we have been awarded with computing time—some 3.46 million core-hours on Comet, which made the project possible."

While Comet powered the simulations in this study, Yang said that SDSC staff also played a crucial role in his research. Ron Hawkins, SDSC's director of industry relations, and Jerry Greenberg, a computational research specialist with the Center, ensured that adequate support was provided to Yang and his team. The researchers especially relied on the SDSC staff for the study's compilation and installation of computational codes on Comet, which is funded by the National Science Foundation.