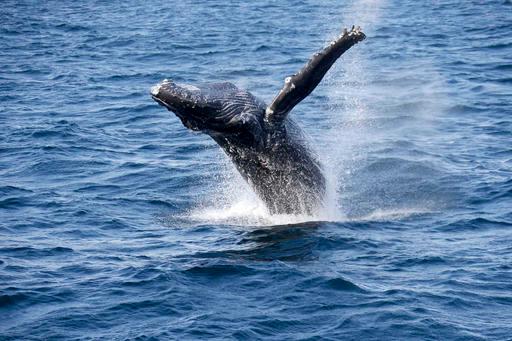 Species living in coastal regions could face a significant future threat from reduced levels of oxygen in the marine environment, according to research published in Nature Scientific Reports.

The prevalence of hypoxic (low oxygen) areas in coastal waters is predicted to increase in the future, both in terms of their scale and duration. And while the adults of many estuarine invertebrates can cope with short periods of hypoxia, it has previously been unclear whether that ability is present if animals are bred and reared under chronic hypoxia.

A study by the University of Plymouth showed that exposure to even moderate hypoxia can have markedly different effects on metabolic performance, depending on whether adults are exposed to short-term hypoxia or undergo the whole of their development under hypoxic conditions.

Scientists warn that these differing reactions could result in the number of vulnerable species in an affected region currently being underestimated, and ultimately lead to vastly reduced biodiversity in ways that are not immediately obvious.

Lecturer in Marine Molecular Biology Dr Manuela Truebano and Professor in Marine Zoology John Spicer, from the University’s Marine Biology and Ecology Research Centre, led the study with contribution from students from the Marine Biology programmes.

Dr Truebano said: “Along with ocean acidification and rising temperatures, hypoxia is considered one of the main threats to species within the marine environment – but it is currently the least talked about. As the duration and extent of hypoxic areas is predicted to increase in coastal regions, it is likely that some species will be exposed chronically throughout their life cycle. Most studies to date focus on short term responses observed in adults and, based on these, many estuarine species are currently considered hypoxia-tolerant.

“We observed a detrimental effect of hypoxia in animals reared under low oxygen, not apparent from observations in short term studies in adults. We believe hypoxia will have marked effects on some aquatic invertebrates currently thought of as hypoxia tolerant, based largely on their ability to do well during exposure to periodic hypoxia.”

For the study, scientists focused on the brackishwater (Gammarus chevreuxi), which as an amphipod is a ubiquitous and ecologically important group found throughout the marine environment from the poles to the tropics.

They exposed both adults and young to the reduced levels of oxygen typically and periodically found in coastal regions for one week and monitored their varying response.

Adults collected from the wild and tested under laboratory conditions maintained their levels of oxygen uptake when exposed to moderate hypoxia for one week.

However, the offspring of these adults, when reared in hypoxic conditions showed less ability to regulate their oxygen uptake and were significantly smaller than those of normoxic parents, potentially because they were having to expend more energy simply to survive in those conditions.

From this the scientists deduced that short-term acclimation ability observed in adults after one week does not predict the ability of their offspring to cope with low oxygen, if reared under moderate hypoxia.

Dr Truebano added: “The observation that these small and seemingly insignificant estuarine animals, reared in hypoxic conditions, become physiologically compromised as adults is a cause of concern for this species. But as a vital part of the food chain, there could be significant knock-on effects for other species as well. Importantly, our study suggests that, by focusing research exclusively on adults, it is likely that we will underestimate the number of species vulnerable to decreasing levels of oxygen in the marine environment.”