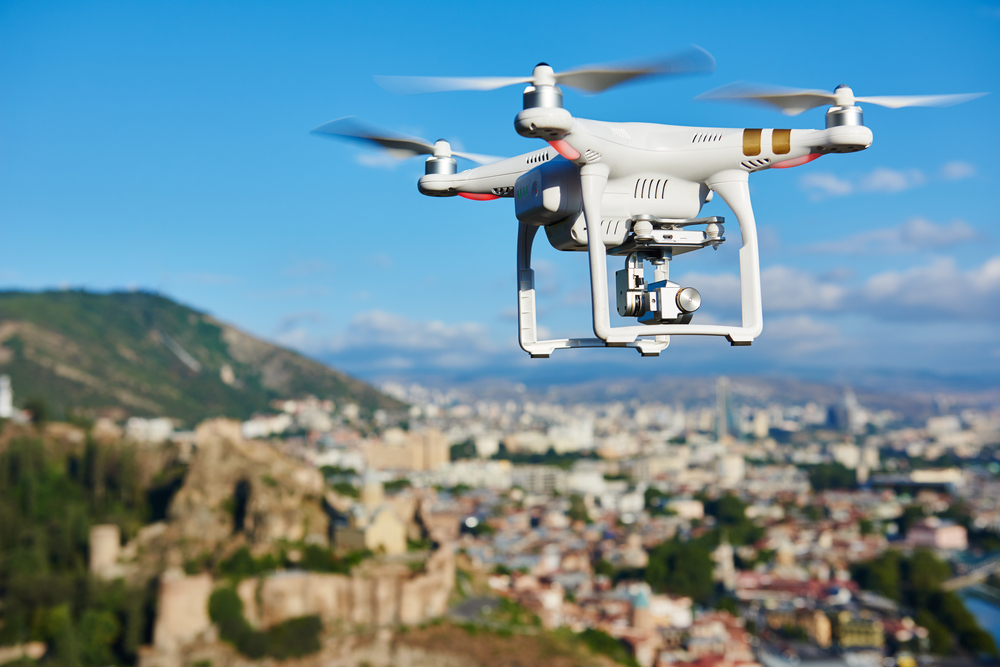 You may have heard of plans to use drones for delivering packages, monitoring wildlife, or tracking storms. But painting murals?

That’s the idea behind a project in Paul Kry’s laboratory at McGill University’s School of Computer Science. Prof. Kry and a few of his students have teamed up to program tiny drones to create dot drawings – an artistic technique known as stippling.

It’s no simple feat. Programming the aerial robots to apply each payload of ink accurately and efficiently requires complex algorithms to plan flight paths and adjust for positioning errors. Even very slight air currents can toss the featherweight drones off course.

The drones, which are small enough to fit in the palm of a hand, are outfitted with a miniature arm that holds a bit of ink-soaked sponge. As they hover near the surface to be painted, internal sensors and a motion capture system help position them to dab the ink in just the right places.

So far, the flying robots have rendered – on paper – portraits of Alan Turing, Grace Kelly, and Che Guevara, among others. Each drawing is composed of a few hundred to a few thousand black dots of varying sizes.

Kry came up with the idea a few years ago, as a way to do something about the blank hallways and stairwells in the building that houses his lab. “I thought it would be great to have drones paint portraits of famous computer scientists on them,” he recalls. He bought a few of the tiny quadcopters online and had a student start on the task as a summer project in 2014, under a Canadian government award for undergraduate research.

Later, master’s students Brendan Galea and Ehsan Kia took the project’s helm, often working at night and into the wee hours of the morning so the drones’ artistic efforts wouldn’t be disturbed by air turbulence from other students coming in and out of the lab.

An article on the project by Kry and the three students won a “best paper” prize in May at an international symposium in Lisbon on computational aesthetics in graphics and imaging.

And the work goes on. Eventually, larger drones could be deployed to paint murals on hard-to-reach outdoor surfaces, including curved or irregular facades, Kry says.

“There’s this wonderful mural festival in Montreal, and we have giant surfaces in the city that end up getting amazing artwork on them,” he notes. “If we had a particularly calm day, it would be wonderful to try to do something on a larger scale like that.”