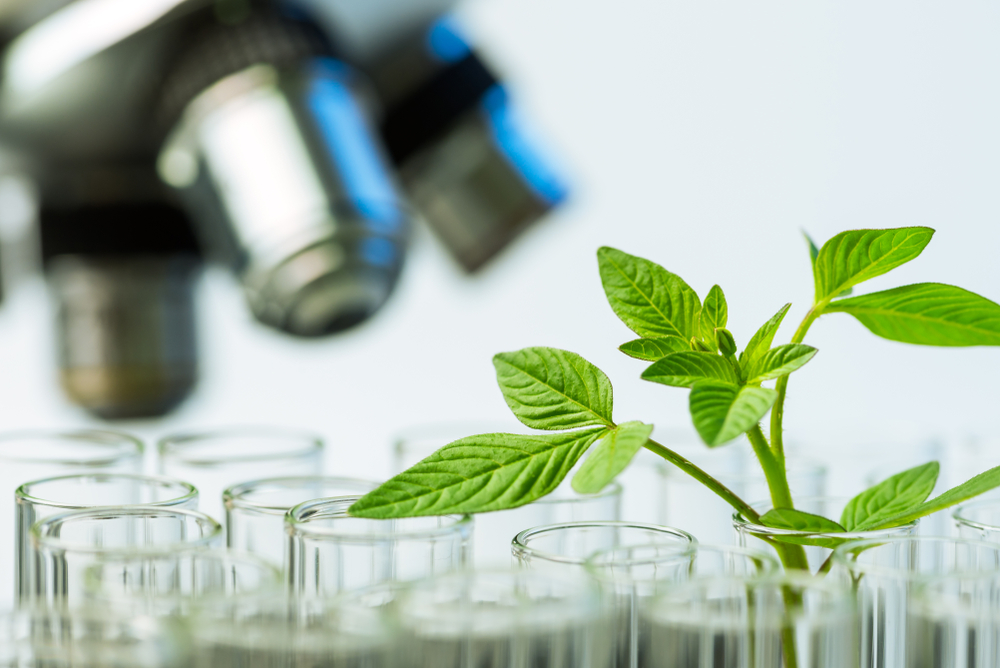 For many years, scientists studying plant cell biomechanics have had to contend with a lack of suitable experimental tools. The arrival on the market of microfluidic devices designed to encapsulate individual cells has already proved a tremendous benefit in animal research and now offers great potential for plant biology. Researchers at the Department of Plant Biology, University of Vermont, are taking advantage of this technology to enhance the study of biomechanics, encapsulating protoplasts in an agarose gel to precisely control the physical microenvironment of individual plant cells.

While the probable significance of cell and tissue mechanics in plant development has long been acknowledged, the study of plant cell biomechanics has remained a challenge. The universal presence of a cellulosic cell wall and the apoplastic continuity that it provides give plant tissues a unique level of mechanical coupling. Theoretically, this enables plant tissues to precisely and instantaneously transmit stress-mechanical information over multicellular distances. However, the apoplastic continuity also makes the interpretation of responses and isolation of mechanical variables at the level of the individual cell problematic.

Sophisticated tools are now available for the investigation of the genetic structure of plants and subcellular processes, but hardly any exist for studying plant biomechanics at the cellular level. Scientists have attempted to study plant structures in controlled mechanical environments, for example, by photoelastic modeling, but this is not easy, as any tissue level interference disturbs the stress mechanics of the system. Attempts have also been made to follow stress release experiments using high speed video micrography, but this too is difficult to interpret. The dawn of droplet microfluidics has opened the door to novel ways of manipulating individual cells, capturing them in an isotropic and homogenous mechanical environment where variables can be isolated more effectively. Once encapsulated in hydrogel beads, the cells are isolated from the physical influence of neighboring cells and can be subjected to controlled mechanical forces.

Early studies at the Department of Plant Biology focused on manual production of droplet emulsions by homogenizing oil and water, with limited success. Researchers went on to evaluate the use of a pressure-driven atomization process to produce a stream of droplets, before discovering a commercially available microfluidic droplet system (Dolomite Microfluidics) that reliably and reproducibly encapsulated individual cells in hydrogel beads. This system has allowed the department to adopt a new approach for studying plant cell biomechanics, encapsulating living plant protoplasts in precisely sized, spherical hydrogel beads.

Isolation and encapsulation of protoplasts

The cell wall is not a homogenous isotropic environment. Naturally structured, its consistent orientation forces the cell into an elongated shape, placing constraints on growth. Prior to encapsulation, cells are removed from a suspension culture and an enzymatic process is used to remove the cell wall, and hence the physical barrier to growth. This creates spherical protoplasts, which do not have the intrinsic polarity of a natural cell contained by a wall, ready for droplet encapsulation.

Figure 1: Schematic of the microdroplet system

The component fluids – mineral oil plus surfactant (continuous phase), live protoplasts in culture medium and agarose (discontinuous phase) – are fed into the droplet chip, where the agarose and protoplasts meet and are immediately cleaved into droplets at the intersection with the continuously flowing oil. The droplet diameter is controlled by adjusting the flow rates of the different phases, creating a stream of monodisperse agarose droplets that exit the microchip into a cooled mineral oil bath where they solidify. After isolation from the oil, the microbeads are suspended in culture medium for experimental studies to investigate plant cell biomechanics, for example, cytoskeletal changes in response to the application of controlled mechanical loads.

The initial results have shown the potential of this technique to support novel approaches to investigating plant biomechanics, generating 130 consistently sized, spherical hydrogel microbeads a second, and resulting in encapsulation of individual protoplasts with good viability. The department is now embarking on the next phase of development, optimizing the process to enhance the survivability of the cells and strengthen the agarose microbeads. Achieving consistent cell survivability is a particular challenge as, with no cell wall, protoplasts are extremely delicate. To try to improve this situation, the laboratory is currently experimenting with a different oil/surfactant combination and a fluorophilic microfluidic chip. At the same time, the team is looking for ways to alter the surface of the hydrogel beads to increase the tensile strength. Typically, as encapsulated cells grow they will eventually burst through the agarose bead; strengthening the beads should enable developing cells to be constrained. One approach to this is layer-by-layer application of a polyelectrolyte coating to the hydrogel surface, generating beads that are permeable to oxygen and nutrients but strong enough to resist the high turgor pressures that can develop inside the cells.

Although microfluidic devices have been successfully used to encapsulate animal cells, until recently little has been done to apply this technique to the field of plant biology. The University of Vermont is an early adopter of this technology in the sector, and has demonstrated the potential of microfluidic encapsulation to support novel approaches to investigating plant biomechanics, allowing consistently sized, spherical hydrogel microbeads to be generated and individual protoplasts to be encapsulated with good viability. The department is now building on this initial success, optimizing the process and experimenting with ways to further improve the application of droplet microfluidics to plant cell biology.