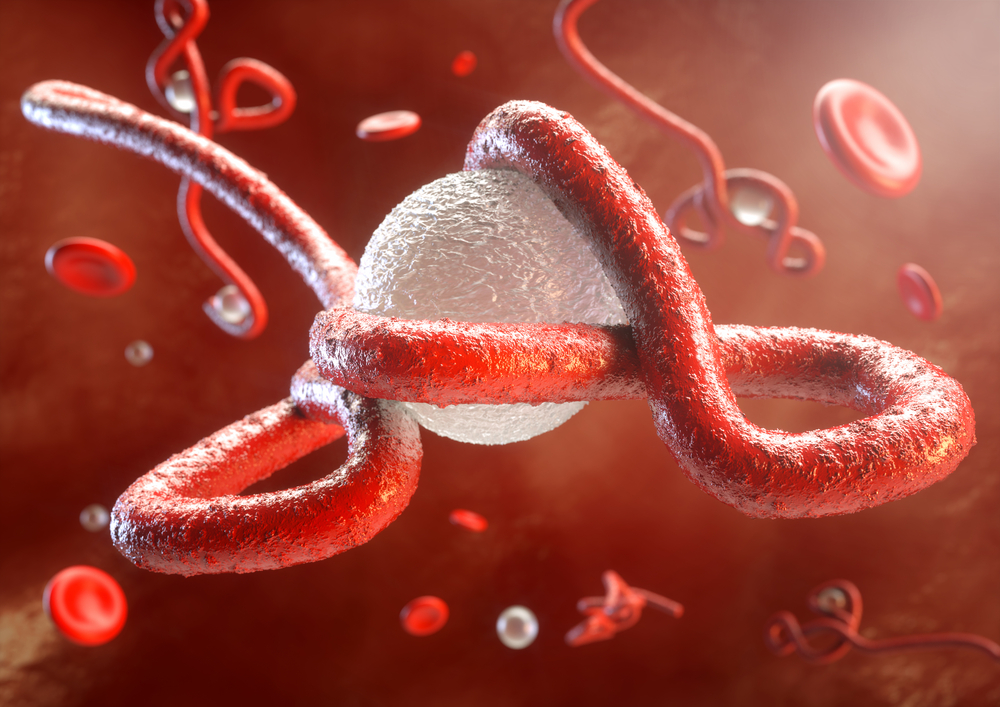 A pair of studies have suggested that the Ebola virus outbreak that began in 2013 may have gained a genetic mutation that appears to have helped it better target human cells.

“There was this belief that Ebola virus essentially never changes,” said TSRI infectious disease researcher Kristian Andersen, who also serves as director of infectious disease genomics at the Scripps Translational Science Institute (STSI), in a statement. “But this study tells us that a natural mutation in Ebola virus—which occurred during an outbreak—changed infectivity of human cells.”

In the Scripps study Andersen and his team used a sequence catalog of viral genomes previously generated from 1,438 of the mora than 28,000 Ebola cases during the recent outbreak, a much larger sample size than ever studied on Ebola before. During this research they discovered a mutation on a site on Ebola’s outer protein—called glycoprotein—that binds to its receptor on host cells, meaning that mutations in that site can affect a virus’s ability to infect.

“This receptor binding domain of the virus has been the same since the first Ebola outbreak in 1976,” said Andersen. “This is the only time we’ve ever seen a mutation in this domain.”

The researchers found that the version of Ebola carrying the mutation, being dubbed GP-A82V, caused about 90 percent of the infections in the recent outbreak

The scientists then tested the mutation’s reaction to many types of animal cells, which proved the mutation specifically helps the virus infect primate cells.

It is believed that Ebola normally lives in bats, but the virus had more opportunities to adapt to humans with more human hosts.

However, questions still remain for researchers, including how the mutation actually boost the virus’s ability to enter human cells. One hypothesis is that the mutation shifts nearby amino acids in the Ebola receptor binding domain, helping the glycoprotein better fit with the human host receptor.

Scientists in the Nottingham study infected human liver cells grown in a test tube with pseudoviruses containing different mutant surface proteins, which proved that the number of genetic changes that occurred during the outbreak increased infectivity.

“I think our study reminds us that if you take a virus and allow it to infect a new host for a considerable amount of time, eventually it may acquire a set of mutations that will benefit it, for example increasing its ability to spread or changing the disease that it causes,” Jonathan Ball, Professor of Molecular Virology at the University of Nottingham, and one of the authors of the study said in a statement. “In order to be prepared we need to know whether similar things are occurring in other outbreaks such as the ongoing Zika and MERS-coronavirus epidemics.”

Andersen also said there is a chance the GP-A82V form of Ebola is no longer a threat, but research is important because it answers questions as to whether the Ebola virus can gain mutations during outbreaks that can potentially change the function of viral proteins.

“It’s important to understand that once the outbreak is over, this particular virus will likely disappear,” Andersen said.

The scientists will now examine other mutations that recently showed up and to see if increased infectivity changes mortality rates and the likelihood of a person transmitting the disease.