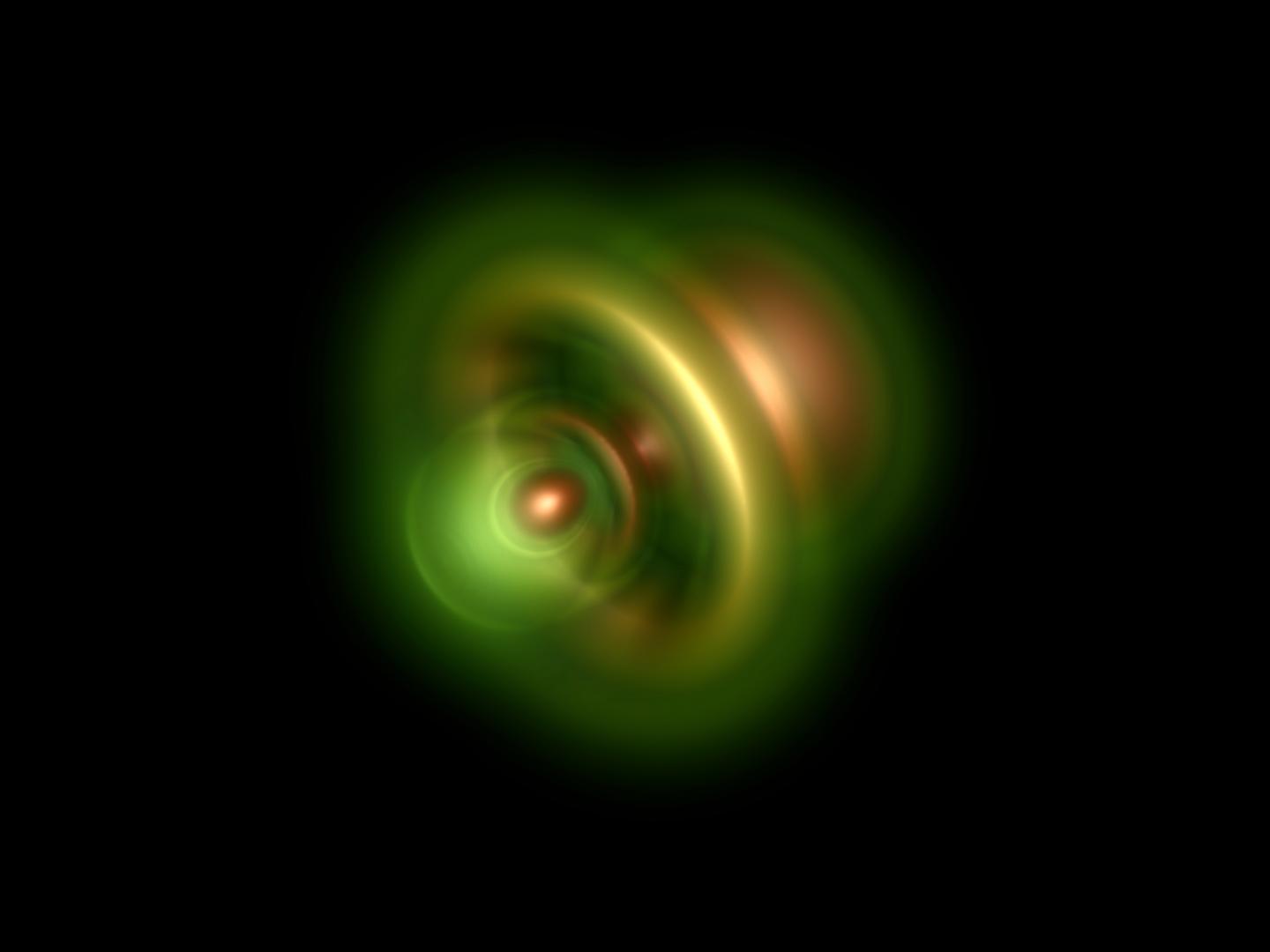 Once a photon has removed an electron from a helium atom, it is possible to calculate the probable position of the remaining electron. The likeliest position of the electron is shown in the image as the brightest area around the atomic nucleus (which itself is not visible in the image) Source: M. Ossiander (TUM) / M. Schultz (MPQ)

Laser physicists in Munich have measured a photoionization — in which an electron exits a helium atom after excitation by light — for the first time with zeptosecond precision. A zeptosecond is a trillionth of a billionth of a second (10^-21 seconds). This is the greatest accuracy of time determination ever achieved, as well as the first absolute determination of the timescale of photoionization.

If light hits the two electrons of a helium atom, one must be incredibly fast to observe what occurs. Besides the ultra-short periods in which changes take place, quantum mechanics also comes into play. Laser physicists at the Max Planck Institute of Quantum Optics (MPQ), the Technical University of Munich (TUM) and the Ludwig Maximilians University (LMU) Munich have now measured such an event for the first time with zeptosecond precision.

Either the entire energy of a light particle (photon) can be absorbed by one of the electrons or a division can take place, if a photon hits the two electrons of a helium atom. Regardless of the energy transfer, one electron leaves the atom. This process is called photoemission, or photoelectric effect, and was explained by Albert Einstein at the beginning of last century.

It takes between five and fifteen attoseconds (1 as is 10^-18 second) from the time a photon interacts with the electrons to the time one of the electrons leaves the atom, as physicists already discovered in recent years.

First glance into the world of Zeptoseconds

With their improved measurement method, laser physicists can accurately measure events at a rate of up to 850 zeptoseconds. The researchers shone an attosecond-long, extremely ultraviolet (XUV) light pulse onto a helium atom to excite the electrons.

Depending on the exact electromagnetic field of this pulse at the time of detection, the electron was accelerated or decelerated. Through this change in speed, the physicists were able to measure photoemission with zeptosecond precision.

In line with theoretical predictions

The researchers were also able to determine for the first time how the energy of the incident photon is quantum-mechanically divided between the two electrons of the helium atom in a few attoseconds before the emission of one of the particles.

“With the measurement of the electronic correlation, our experiments solved a promise of attosecond physics, namely the temporal resolution of a process which is inaccessible with other methods,” says Reinhard Kienberger, professor of the Chair of Laser- and X-Ray Physics at TU Munich.

The physicists were also able to correlate the zeptosecond precision of their experiments with the theoretical predictions of their peers from the Institute of Theoretical Physics at the Technical University of Vienna.

With its two electrons, helium is the only multi electron system that can be calculated completely quantum mechanically. This makes it possible to reconcile theory and experiment. “We can now derive the complete wave mechanic description of the interconnected systems of electron and ionized helium mother atoms from our measurements,” says Martin Schultze, project leader at the Max Planck Institute of Quantum Optics in Garching (Germany).

With their metrology experiments in zeptosecond time dimensions, the laser physicists have maneuvered another important puzzle piece in the quantum mechanics of the helium atom into position, and thus advanced measuring accuracy in the microcosm to a whole new dimension.