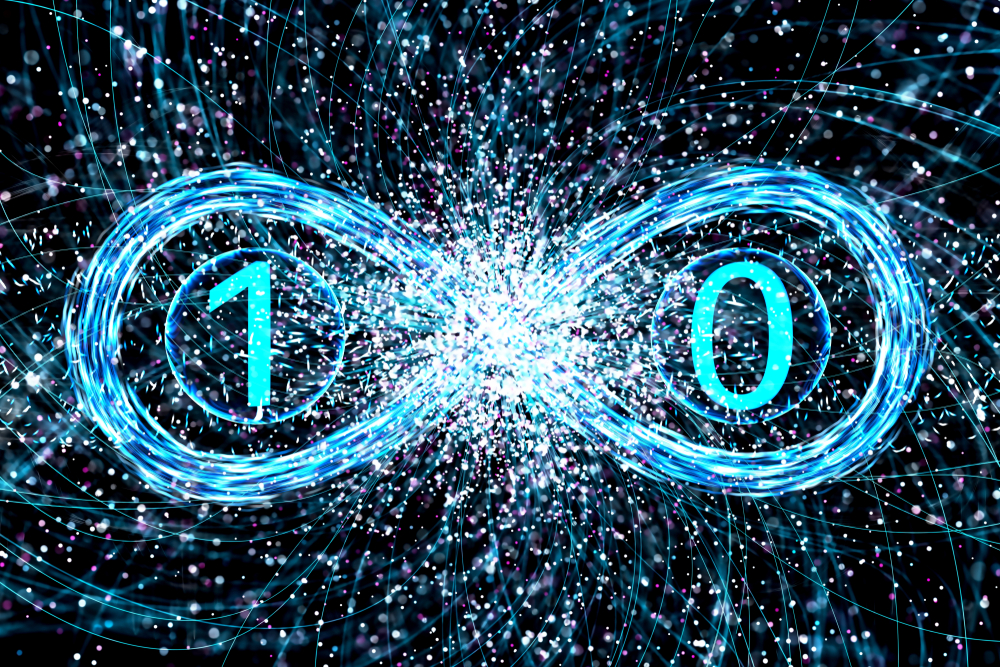 Computers are an integral part of our daily lives. What has once been science fiction is now real technology in our pockets. But computers are physical objects. And as quantum computation has taught us, new insights into physics can sometimes lead to new types of computers.

What kinds of computers would be conceivable if physics worked differently? The quantum physicists Marius Krumm from the University of Vienna and Markus Müller from the Viennese Institute of Quantum Optics and Quantum Information of the Austrian Academy of Sciences (ÖAW) have addressed this question. Theoretical properties of such “science fiction computers” could give us interesting insights into quantum computing.

The key elements of classical and quantum computers are the bits: alternatives of “yes” and “no”, wired together in a circuit. On an ordinary laptop, these bits would have to be either 0 or 1. Quantum computers, on the other hand, work with quantum bits: we can think of these as points on a three-dimensional ball. The north pole represents 0 and the south pole 1. A “qubit” can also take any place in between (for example on the equator)—the so-called superposition states.

In their current study, Krumm and Müller consider bits as points on a ball, too. But in contrast to the quantum bit, this ball does not need to be three-dimensional. A few years ago, two quantum physicists from the University of Vienna and the Austrian Academy of Sciences, Borivoje Dakić and Časlav Brukner, have conjectured that these balls describe alternative physics in worlds with more than three spatial dimensions. To check this idea, Krumm and Müller have made two assumptions on how these bits are wired: first, they are processed via reversible gates, like “AND” or “NOT.” Second, they satisfy an intuitive property of classical and quantum computing: knowing the single bits and how they are correlated tells us everything there is to know.

The surprising result: even though their bits would be more complicated, these computers would have extremely limited capabilities. They would not be faster than quantum computers and could not even execute ordinary algorithms. In this sense, dimension three and the quantum bit are special, and so is quantum computation: in a phrase coined previously by computer scientist Scott Aaronson, it is an “island in theoryspace.”