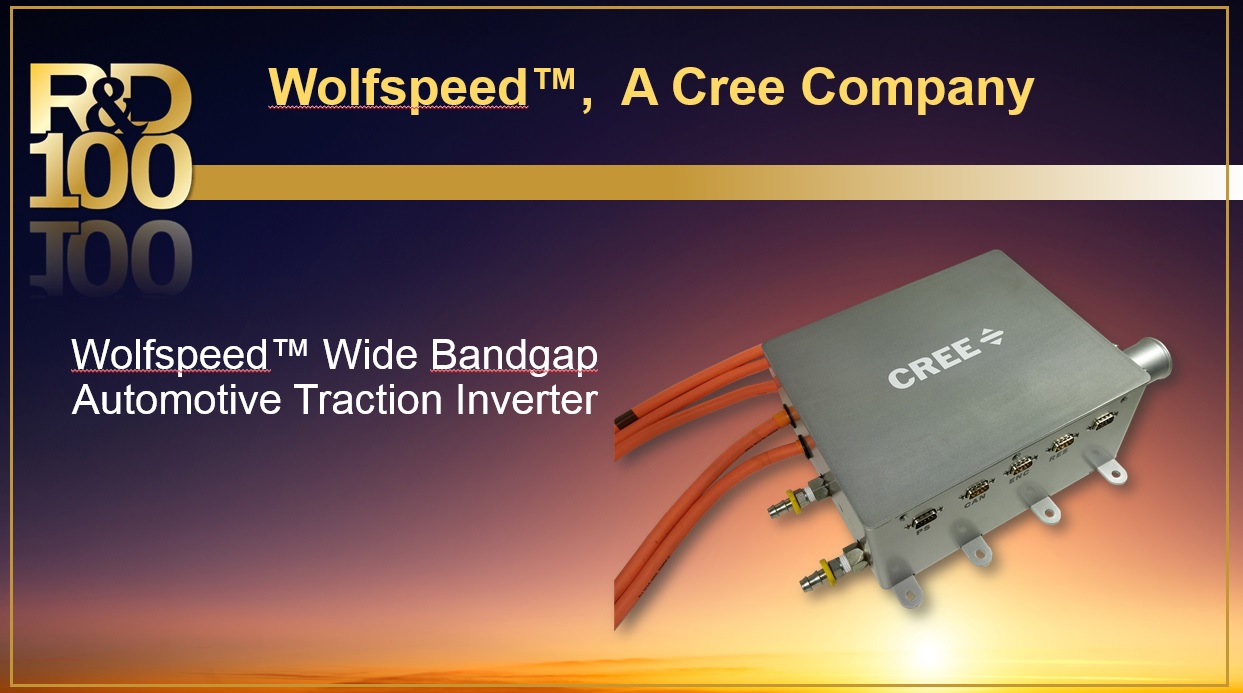 Wolfspeed Wide Bandgap Automotive Traction Inverter, which won a 2016 R&D 100 award, converts the direct current (DC) power stored in either a hybrid, plug-in hybrid or all-electric vehicle battery pack to a three-phase alternating current power used to energize one or more electrical loads. In the electric vehicle application, the load is the vehicle’s traction motor that provides the propulsion torque to make the wheels turn at a predetermined speed. This wide bandgap inverter product was developed in conjunction with Toyota resulting in a smaller, lighter, higher power density and more efficient system in comparison to Toyota’s present Prius inverter design implementing silicon technology.

This product operates by taking a two-level high and low input DC voltage (i.e., taken from the vehicle’s battery pack), and through precise switching of the inverter’s power semiconductor devices using space-vector pulse-width modulation, synthesizes a balanced set of three-phase voltages having a specific amplitude and frequency for any given instant of time. This allows the company to change the torque and speed applied to the vehicle’s wheels from its traction motor.