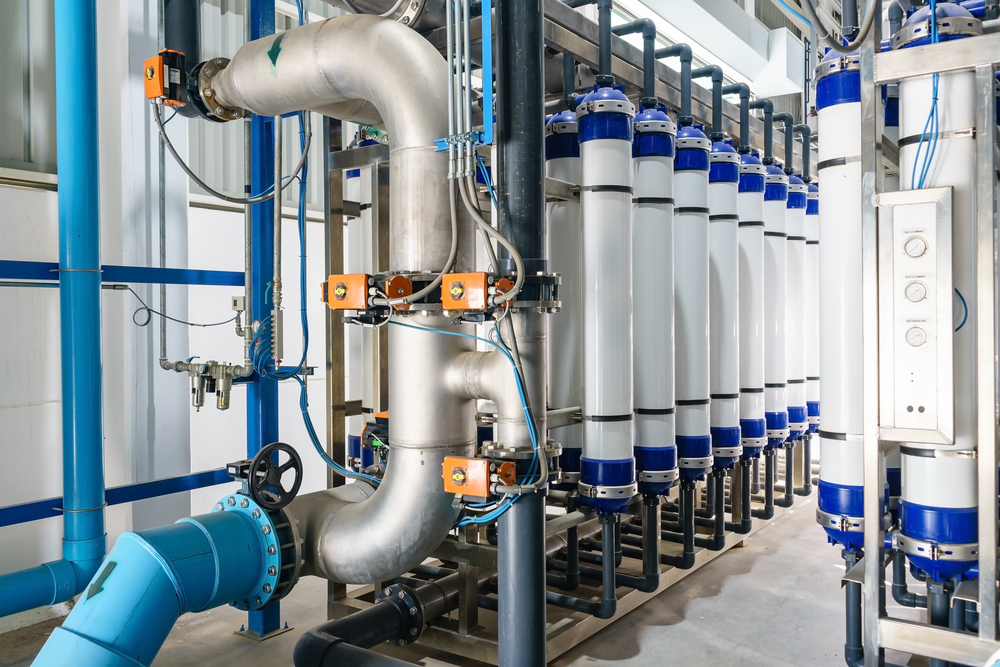 Filtering and treating water, both for human consumption and to clean industrial and municipal wastewater, accounts for about 13% of all electricity consumed in the US every year and releases about 290 million metric tons of CO2 into the atmosphere annually – roughly equivalent to the combined weight of every human on Earth.

One of the most common methods of processing water is passing it through a membrane with pores that are sized to filter out particles that are larger than water molecules. However, these membranes are susceptible to “fouling,” or clogging by the very materials they are designed to filter out, necessitating more electricity to force the water through a partially clogged membrane and frequent membrane replacement, both of which increase water treatment costs.

New research from the Wyss Institute for Biologically Inspired Engineering at Harvard University and collaborators at Northeastern University and the University of Waterloo demonstrates that the Wyss’ liquid-gated membranes (LGMs) filter nanoclay particles out of water with twofold higher efficiency, nearly threefold longer time-to-foul, and a reduction in the pressure required for filtration over conventional membranes, offering a solution that could reduce the cost and electricity consumption of high-impact industrial processes such as oil and gas drilling. The study is reported in APL Materials.

“This is the first study to demonstrate that LGMs can achieve sustained filtration in settings similar to those found in heavy industry, and it provides insight into how LGMs resist different types of fouling, which could lead to their use in a variety of water processing settings,” said first author Jack Alvarenga, a Research Scientist at the Wyss Institute.

LGMs mimic nature’s use of liquid-filled pores to control the movement of liquids, gases and particles through biological filters using the lowest possible amount of energy, much like the small stomata openings in plants’ leaves allow gases to pass through. Each LGM is coated with a liquid that acts as a reversible gate, filling and sealing its pores in the “closed” state. When pressure is applied to the membrane, the liquid inside the pores is pulled to the sides, creating open, liquid-lined pores that can be tuned to allow the passage of specific liquids or gases, and resist fouling due to the liquid layer’s slippery surface. The use of fluid-lined pores also enables the separation of a target compound from a mixture of different substances, which is common in industrial liquid processing.

The research team decided to test their LGMs on a suspension of bentonite clay in water, as such “nanoclay” solutions mimic the wastewater produced by drilling activities in the oil and gas industry. They infused 25-mm discs of a standard filter membrane with perfluoropolyether, a type of liquid lubricant that has been used in the aerospace industry for over 30 years, to convert them into LGMs. They then placed the membranes under pressure to draw water through the pores but leave the nanoclay particles behind, and compared the performance of untreated membranes to LGMs.

The untreated membranes displayed signs of nanoclay fouling much more quickly than the LGMs, and the LGMs were able to filter water three times longer than the standard membranes before requiring a “backwash” procedure to remove particles that had accumulated on the membrane. Less frequent backwashing could translate to a reduction in the use of cleaning chemicals and energy required to pump backwash water, and improve the filtration rate in industrial water treatment settings.

While the LGMs did eventually experience fouling, they displayed a 60% reduction in the amount of nanoclay that accumulated within their structure during filtration, which is known as “irreversible fouling” because it is not removed by backwashing. This advantage gives LGMs a longer lifespan and makes more of the filtrate recoverable for alternate uses. Additionally, the LGMs required 16% less pressure to initiate the filtration process, reflecting further energy savings.

“LGMs have the potential for use in industries as diverse as food and beverage processing, biopharmaceutical manufacturing, textiles, paper, pulp, chemical, and petrochemical, and could offer improvements in energy use and efficiency across a wide swath of industrial applications,” said corresponding author Joanna Aizenberg, Ph.D., who is a Founding Core Faculty member of the Wyss Institute and the Amy Smith Berylson Professor of Material Sciences at Harvard’s John A. Paulson School of Engineering and Applied Sciences (SEAS).

The team’s next steps for the research include larger-scale pilot studies with industry partners, longer-term operation of the LGMs, and filtering even more complex mixtures of substances. These studies will provide insight into the commercial viability of LGMs for different applications, and how long they would last in a number of use cases.

“The concept of using a liquid to help filter other liquids, while perhaps not obvious to us, is prevalent in nature. It’s wonderful to see how leveraging nature’s innovation in this manner can potentially lead to huge energy savings,” said Wyss Founding Director Donald Ingber, M.D., Ph.D., who is also the Judah Folkman Professor of Vascular Biology at Harvard Medical School and the Vascular Biology Program at Boston Children’s Hospital, as well as Professor of Bioengineering at SEAS.