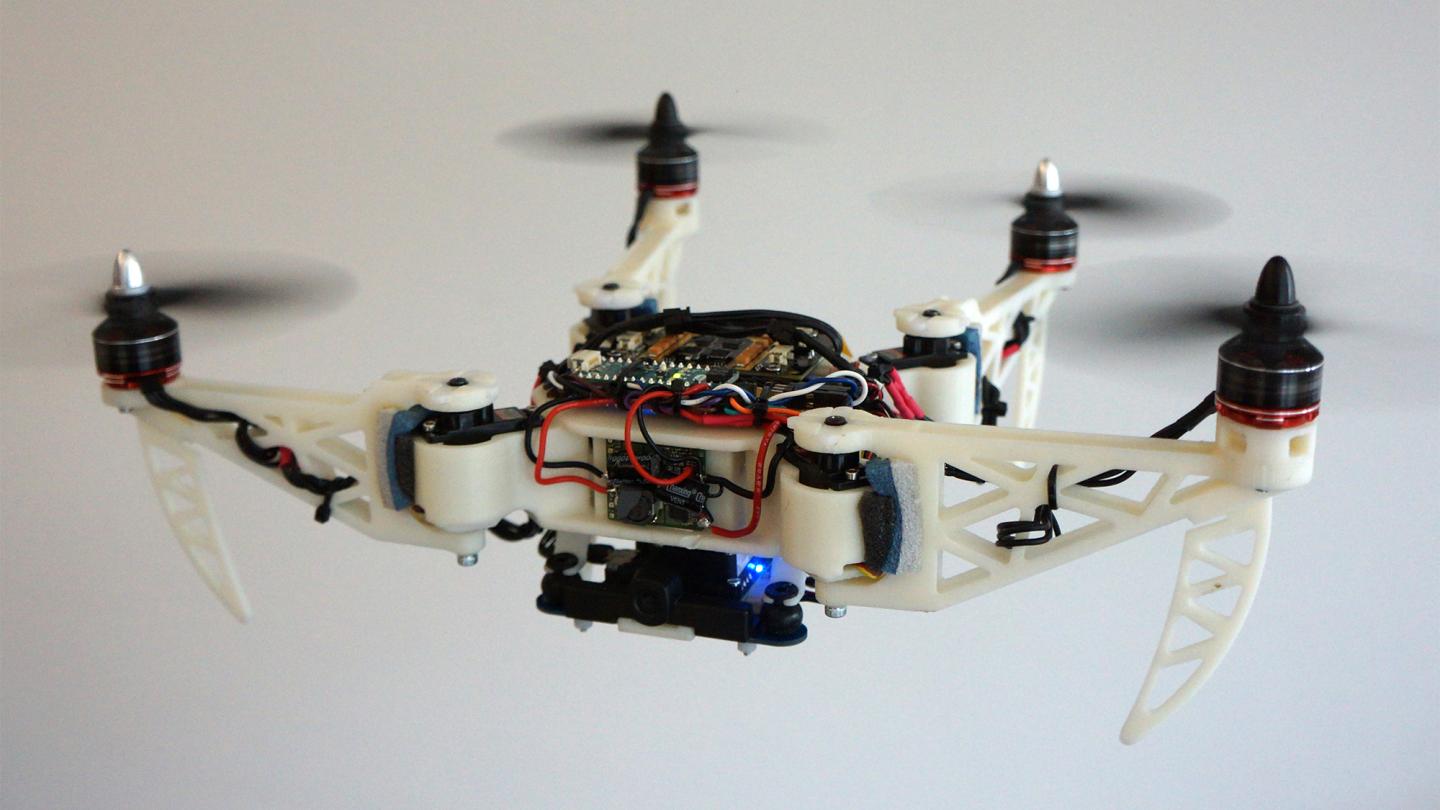 A ‘T’ shape can be used to bring the onboard camera mounted on the central frame as close as possible to objects that the drone needs to inspect.

A foldable drone to fit through narrow gaps and crevices might be a useful tool to aid emergency responders in guiding them towards people trapped inside buildings or caves.

Researchers from the Robotics and Perception Group at the University of Zurich and the Laboratory of Intelligent Systems at EPFL has developed a new drone, which was inspired by birds that fold their wings in mid-air to cross narrow passages.

The drone can maintain a stable flight while changing shape to squeeze itself in order to pass through gaps before returning to its previous shape, doing all of this mid-flight, while also able to hold and transport objects.

“Our solution is quite simple from a mechanical point of view, but it is very versatile and very autonomous, with onboard perception and control systems,” Davide Falanga, a researcher at the University of Zurich and the paper’s first author, said in a statement.

The drone is powered by a newly designed quadrotor mounted on mobile arms that fold around the main frame, and has four propellers that rotate independently. However, the key to making it work is a control system that adapts in real time to any new position of the arms. The system adjusts the thrust of the propellers as the center of gravity shifts.

“The morphing drone can adopt different configurations according to what is needed in the field,” Stefano Mintchev, a co-author and researcher at EPFL, said in a statement.

The drone is X-shaped with four arms stretched out to give the widest possible distance between the propellers. However, when needing to fit throw a narrow passageway, the drone converts to an “H” shape with all arms lined up along one axis or an “O” shape with all arms folded as close as possible to the body.

A “T” shape is also possible to bring the onboard camera mounted on the central frame as close as possible to objects that the drone needs to inspect.

Next, the researchers plan to improve the drone’s structure so that it can fold in all three dimensions. They also want to develop algorithms that will make the drone autonomous, allowing it to look for passages in a real disaster scenario and automatically choose the best way to fit through them.

“The final goal is to give the drone a high-level instruction such as ‘enter that building, inspect every room and come back’ and let it figure out by itself how to do it,” Falanga said.

The study was published in IEEE Robotics and Automation.