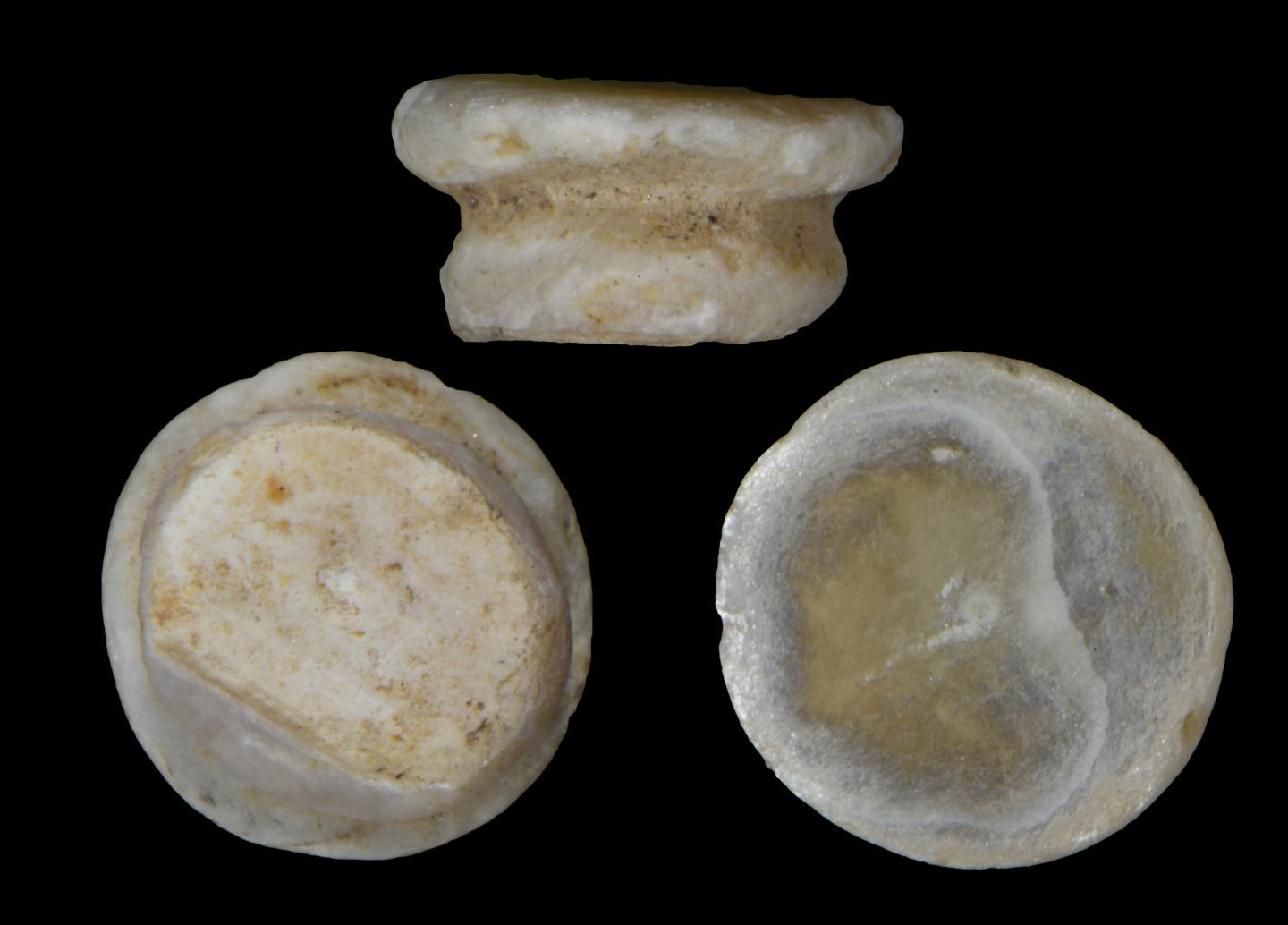 An international team of researchers, including academics from the University of York, extracted ancient proteins from prehistoric shell ornaments – which look remarkably similar despite being found at distant locations in Denmark, Romania and Germany – and discovered they were all made using the mother-of-pearl of freshwater mussels.

The ornaments were made between 4200 and 3800 BC and were even found in areas on the coast where plenty of other shells would have been available.

Archaeological evidence suggests the ornaments, known as “double-buttons”, may have been pressed into leather to decorate armbands or belts.

Senior author of the study, Dr Beatrice Demarchi, from the Department of Archaeology at the University of York and the University of Turin (Italy), said: “We were surprised to discover that the ornaments were all made from freshwater mussels because it implies that this material was highly regarded by prehistoric craftsmen, wherever they were in Europe and whatever cultural group they belonged to. Our study suggests the existence of a European-wide cross-cultural tradition for the manufacture of these double-buttons”.

Freshwater molluscs have often been overlooked as a source of raw material in prehistory (despite the strength and resilience of mother-of-pearl) because many archaeologists believed that their local origin made them less “prestigious” than exotic marine shells.

Co-author of the paper, Dr André Colonese, from the Department of Archaeology at the University of York, said: “The ornaments are associated with the Late Mesolithic, Late Neolithic and Copper Age cultures. Some of these groups were still living as hunter gatherers, but in the south they were farmers with switching to a more settled lifestyle.

“The fact that these ornaments look consistently similar and are made from the same material suggests there may have been some kind of interaction between these distinct groups of people at this time.

“They may have had a shared knowledge or tradition for how to manufacture these ornaments and clearly had a sophisticated understanding of the natural environment and which resources to use.”

Mollusc shells contain a very small proportion of proteins compared to other bio-mineralised tissues, such as bone, making them difficult to analyse.

The researchers are now working on extracting proteins from fossilised molluscs, a method which they have dubbed “palaeoshellomics”. These new techniques could offer fresh insights into some of the earliest forms of life on earth, enhancing our knowledge of evolution.

Dr Demarchi added: “This is the first time researchers have been able to retrieve ancient protein sequences from prehistoric shell ornaments in order to identify the type of mollusc they are made from.

“This research is an important step towards understanding how molluscs and other invertebrates evolved. We hope that using these techniques we will eventually be able to track an evolutionary process which began at least 550 million years ago.”