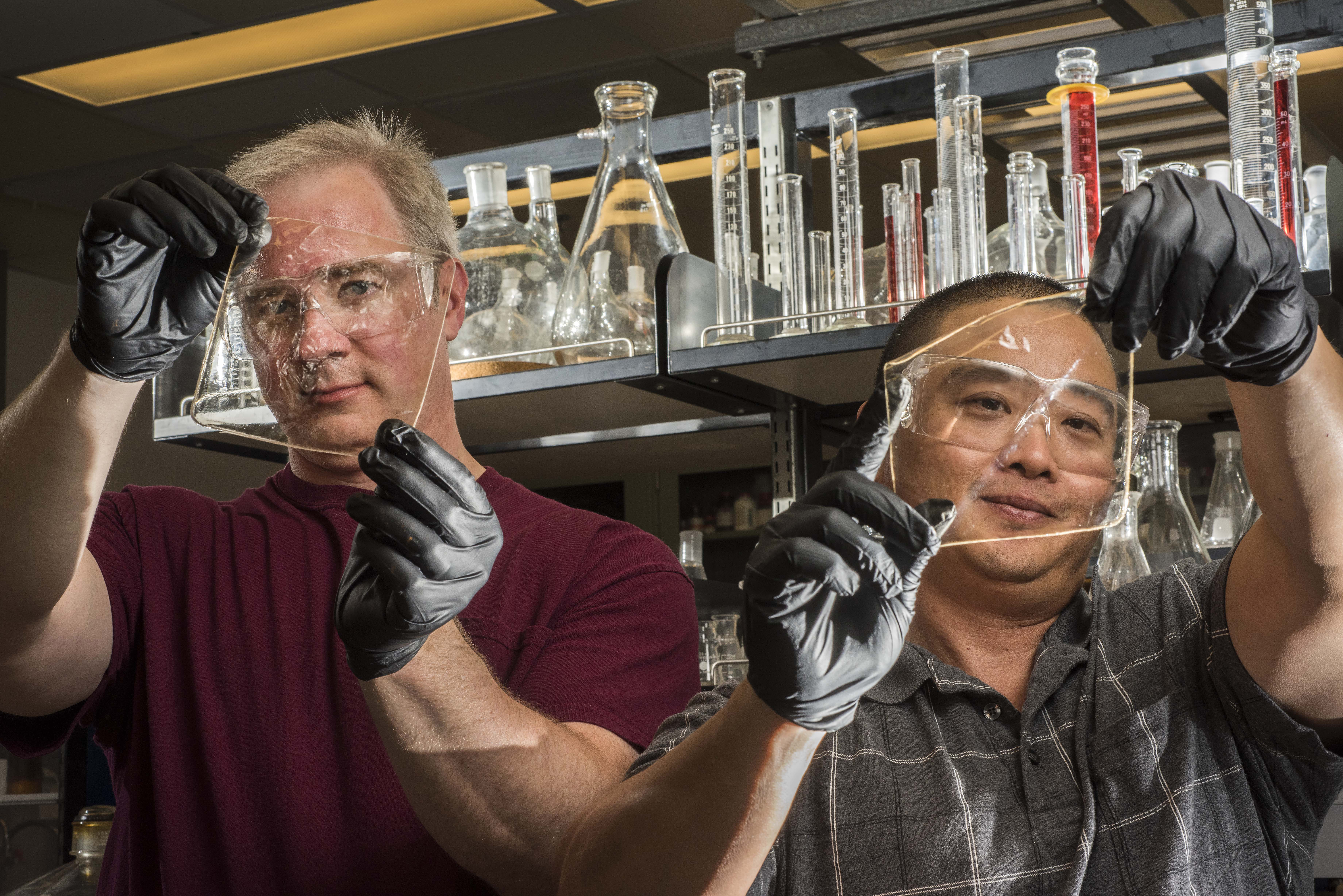 Fuel cells provide power without pollutants. But, as in the Goldilocks story, membranes in automobile fuel cells work at temperatures either too hot or too cold to be maximally effective. A polyphenyline membrane patented by Sandia National Laboratories, though, seems to work just about right, says Sandia chemist Cy Fujimoto.

The membrane, which operates over a wide temperature range, lasts three times longer than comparable commercial products, Fujimoto and his co-authors say in the Aug. 21 issue of Nature Energy.

Fuel-cell PEMs (proton-exchange membranes) allow the excretion of protons — the husk, in a sense — of the material providing the electrons that form the fuel cell’s electrical output. If the protons can’t pass easily within the cell, the fettered flow reduces the electrical output.

“Part of the issues with the current PEMs is that you need to hydrate the hydrogen fuel stream for high performance, and the fuel cell can’t run effectively at temperatures higher than the boiling point of water,” he said.

“This problem can be solved by employing hydrated fuel streams and having a larger radiator to more effectively dissipate waste heat,” Fujimoto continued. “Automakers are doing this now. But if PEM fuel cells didn’t need water to run, it would make things a lot simpler.”

Another problem is that material costs for the current membrane of choice can be approximately $250-$500 per square meter. “The DOE [Department of Energy] would like to see $5 to $20 a square meter,” Fujimoto said.

Researchers have tried to solve these problems with a high-temperature method that uses phosphoric acid to dope a polybenzimidazole membrane at more than 350 degrees Fahrenheit. But the membrane can’t operate below 284 degrees without degrading the phosphoric acid. Thus the membrane is unsuitable for automotive applications, where water condensation from cold engine start-ups and other normal reactions at the fuel cell cathode unavoidably bring the temperature down into undesirable ranges that leach the phosphoric acid out of the reaction.

“There probably will be industrial interest in this discovery,” Fujimoto said. “Our polymer contains a tethered positive charge which interacts more strongly with phosphoric acid, which improves acid retention. Heating the fuel cell and adding humidity doesn’t reduce performance.”