Submissions for the 2019 R&D 100 Awards are now being accepted.  Any new technical product or process that was first available for purchase or licensing between January 1, 2018 and March 31, 2019, is eligible for entry in the 2019 awards.

However, despite its benefits, silicon comes with its own challenges.

“When you store a lot of lithium ion into your silicon you actually physically extend the volume of silicon to about 3 to 3.8 times its original volume—so that is a lot of expansion,” explained Bor Jang, PhD, in an exclusive interview with R&D Magazine. “That by itself is not a big problem, but when you discharge your battery—like when you open your smart phone—the silicon shrinks. Then when you recharge your battery the silicon expands again. This repeated expansion and shrinkage leads to the breakdown of the particles inside of your battery so it loses its capacity.”

“We have found that graphene plays a critical role in protecting the silicon,” said Jang, the CEO and Chief Scientist of Global Graphene Group. The Ohio-based advanced materials organization has created GCA-II-N, a graphene and silicon composite anode for use in lithium-ion batteries.

The innovation—which was a 2018 R&D 100 Award winner—has the potential to make a significant impact in the energy storage space. Jang shared more about graphene, GCA-II-N and its potential applications in his interview with R&D Magazine.

R&D Magazine: Why is graphene such a good material for energy storage?

Jang: From the early beginning when we invented graphene back in 2002 we realized that graphene has certain very unique properties. For example, it has very high electrical conductivity, very high thermal conductivity, it has very high strength—in fact it is probably the strongest material known to mankind naturally. We thought we would be able to make use of graphene to product the anode material than we can significantly improve not only the strength of the electrode itself, but we are also able to dissipate the heat faster, while also reducing the changes for the battery to catch fire or explode.

Also graphene is extremely thin—a single layer graphene is 0.34 nanometer (nm). You can imagine that if you had a fabric that was as thin as 0.34 nanometers in thickness, then you could use this material to wrap around just about anything. So it is a very good protection material in that sense. That is another reason for the flexibility of this graphene material.

Another interesting feature of graphene is that is a very high specific surface area. For instance if I give you 1.5 grams of single layer graphene it will be enough to cover an entire football stadium. There is a huge amount of surface area per unit weight with this material.

That translates into another interesting property in the storage area. In that field that is a device called supercapacitors or ultracapacitors. The operation of supercapacitors depends upon conducting surface areas, like graphene or activated carbon. These graphene sheets have, to be exact, 2630 meters squared per gram. That would give you, in principle, a very high capacity per unit gram of this material when you use it as an electron material for supercapacitors. There are are so many properties associated with graphene for energy applications, those are just examples, I could talk about this all day! 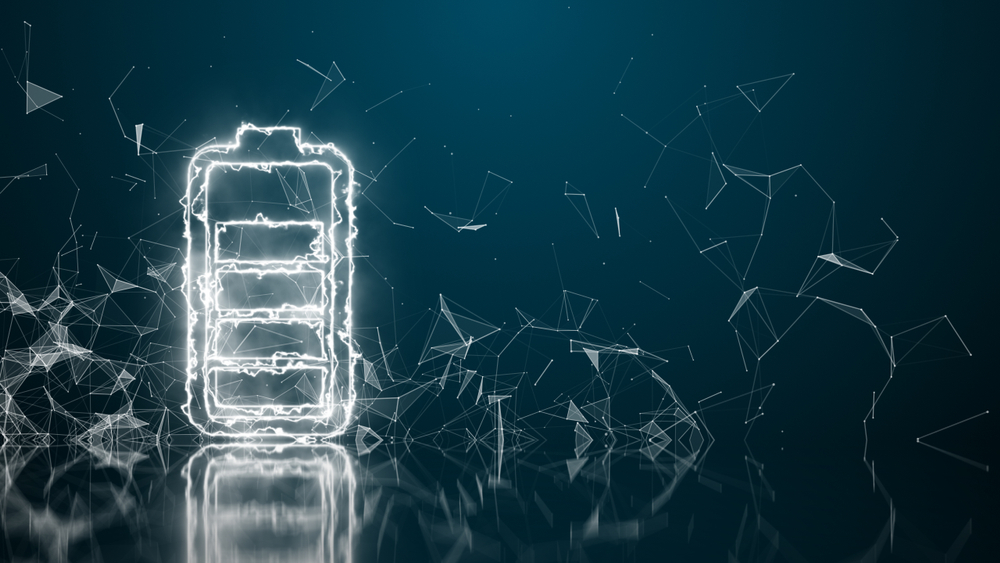 R&D Magazine: Where is the team currently with the GCA-II-N and what are the next steps for this project?

Jang: Last year we began to sell the product. In Dayton, OH, where we are situated at the moment we have a small-scale manufacturing facility. It is now about a 50-metric-ton capacity facility and we can easily scale it up. We have been producing mass qualities of this and then delivering them to some of the potential customers for validation. We are basically in the customer validation stage for this business right now.

We will continue to do research and development for this project. We will eventually manufacture the batteries here in the U.S., but at the moment we are doing the anode materials only.

R&D Magazine: What types of customers are showing interest in this technology?

Jang: Electrical vehicles are a big area that is growing rapidly, particularly in areas in Asia such as China. The electrical vehicle industry is taking the driver’s seat and is driving the growth of this business worldwide right now. E-bikes and electronic scooters are another rapidly growing business where this could be used.

Another example is your smart phone. Right now, if you continue to use your phone you may be able to last for half a day or maybe a whole day if you push it. This technology has the ability to double the amount of energy that could be stored in your battery. Electronic devices is another big area for application of this technology.

A third area is in the energy storage business, it could be utilized to store solar energy or wind energy after it has been captured. Lithium-ion batteries are gaining a lot of ground in this market right now.

Right now, another rapidly growing area is the drone. Drones are used, not only for fun, but for agricultural purposes or for surveillance purposes, such as during natural disasters. Drones are seeing a lot of applications right now and batteries are very important part of that.

R&D Magazine: Are there any challenges to working with graphene?

Jang: One of the major challenges is that graphene by itself is still a relatively high cost. We are doing second-generation processes right now, and I think in a couple of years we should be able to significantly reduce the cost of graphene. We are also working on a third generation of processes that would allow us to reduce the cost even further. That is a major obstacle to large-scale commercialization of all graphene applications.

The second challenge is the notion of graphene as a so-called ‘nanomaterial’ in thickness that a lot of customers find it difficult to disperse in water or disperse in organic solvent or plastic in order to combine graphene with other types of materials, make a composite out of it. Therefore people are resistant to use it. We have found a way to overcome this either real challenge, or perceived challenge. We can do that for a customer and then ship that directly to the customer.

There is also an education challenge. It is sometimes difficult to convince engineers, they want to stick with the materials they are more familiar with, even though the performance is better with graphene. That is a barrier as well. However, I do think it is becoming more well known.