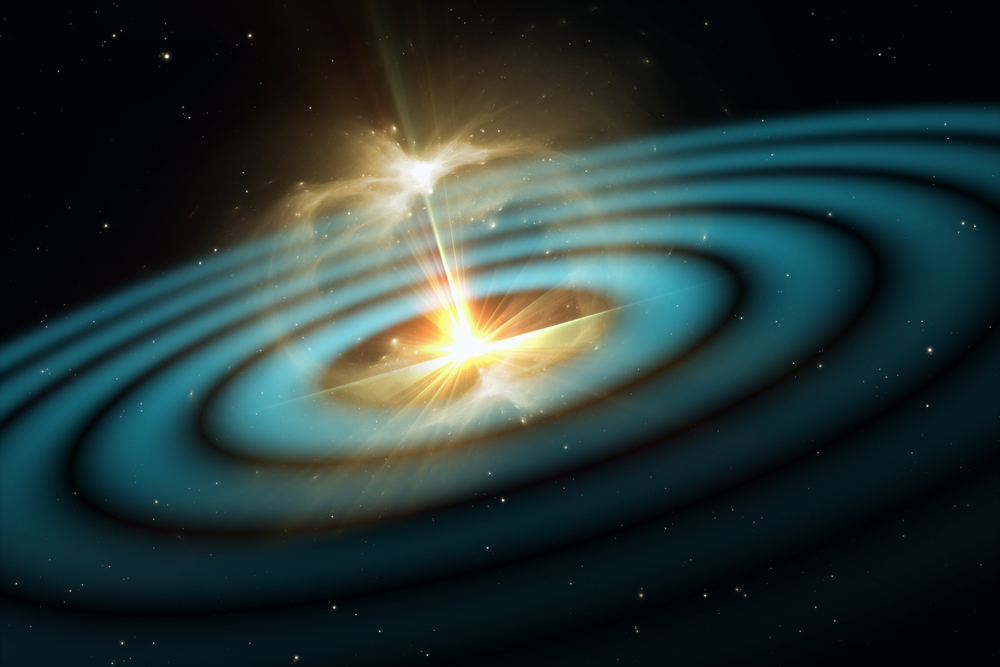 Gravitational waves, first detected in 2016, offer a new window on the universe, with the potential to tell us about everything from the time following the Big Bang to more recent events in galaxy centers.

And while the billion-dollar Laser Interferometer Gravitational-Wave Observatory (LIGO) detector watches 24/7 for gravitational waves to pass through the Earth, new research shows those waves leave behind plenty of “memories” that could help detect them even after they’ve passed.

“That gravitational waves can leave permanent changes to a detector after the gravitational waves have passed is one of the rather unusual predictions of general relativity,” said doctoral candidate Alexander Grant, lead author of “Persistent Gravitational Wave Observables: General Framework,” published April 26 in Physical Review D.

Physicists have long known that gravitational waves leave a memory on the particles along their path, and have identified five such memories. Researchers have now found three more aftereffects of the passing of a gravitational wave, “persistent gravitational wave observables” that could someday help identify waves passing through the universe.

Each new observable, Grant said, provides different ways of confirming the theory of general relativity and offers insight into the intrinsic properties of gravitational waves.

Those properties, the researchers said, could help extract information from the Cosmic Microwave Background – the radiation left over from the Big Bang.

“We didn’t anticipate the richness and diversity of what could be observed,” said Éanna Flanagan, the Edward L. Nichols Professor and chair of physics and professor of astronomy.

“What was surprising for me about this research is how different ideas were sometimes unexpectedly related,” said Grant. “We considered a large variety of different observables, and found that often to know about one, you needed to have an understanding of the other.”

The second observable, “holonomy,” is obtained by transporting information about the linear and angular momentum of a particle along two different curves through the gravitational waves, and comparing the two different results.

The third looks at how gravitational waves affect the relative displacement of two particles when one of the particles has an intrinsic spin.

Each of these observables is defined by the researchers in a way that could be measured by a detector. The detection procedures for curve deviation and the spinning particles are “relatively straightforward to perform,” wrote the researchers, requiring only “a means of measuring separation and for the observers to keep track of their respective accelerations.”

Detecting the holonomy observable would be more difficult, they wrote, “requiring two observers to measure the local curvature of spacetime (potentially by carrying around small gravitational wave detectors themselves).” Given the size needed for LIGO to detect even one gravitational wave, the ability to detect holonomy observables is beyond the reach of current science, researchers say.

“But we’ve seen a lot of exciting things already with gravitational waves, and we will see a lot more. There are even plans to put a gravitational wave detector in space that would be sensitive to different sources than LIGO,” Flanagan said.