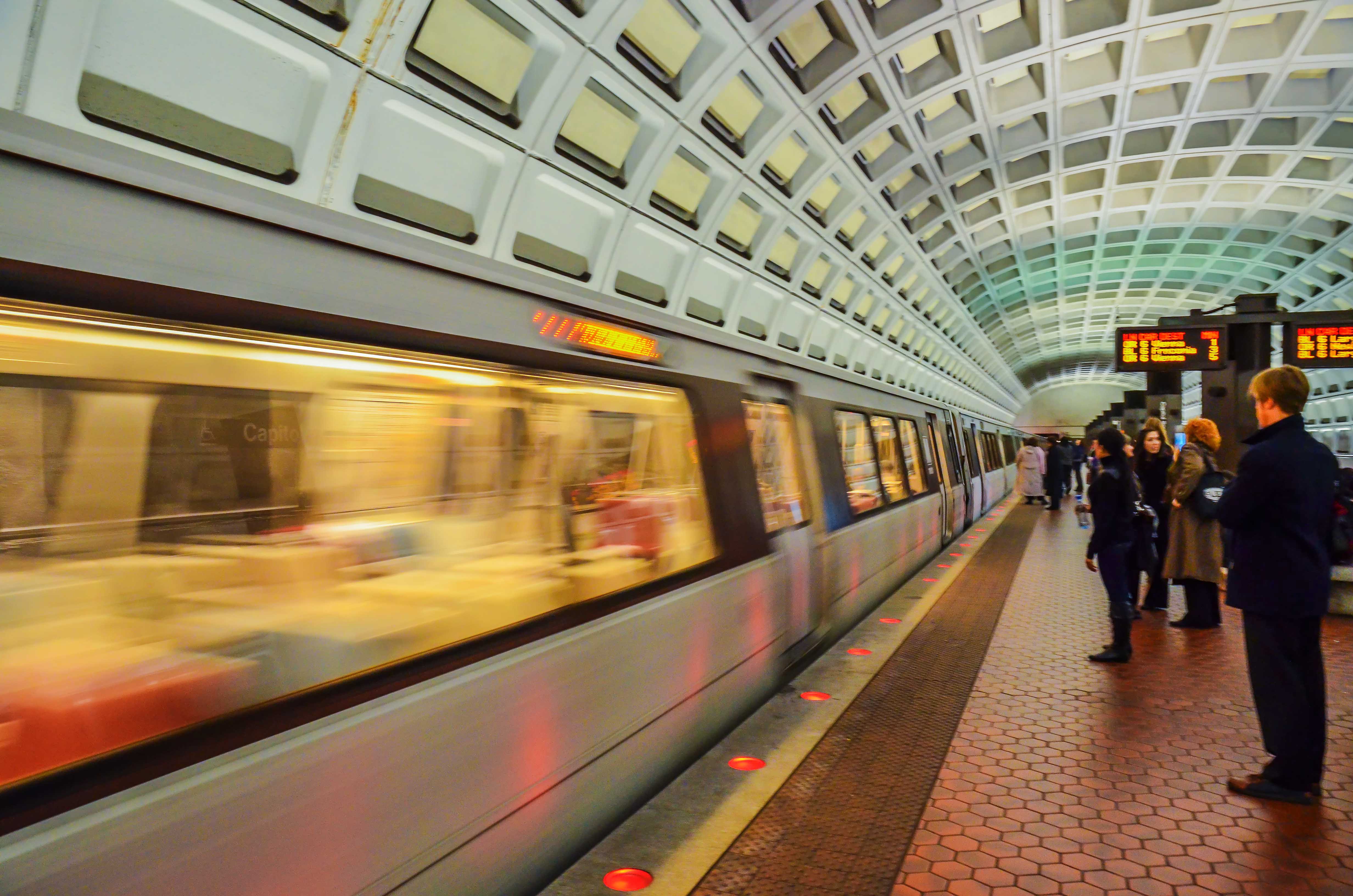 Subway trains really move material around so it’s important to see where a surrogate for anthrax would go when released inside an operational subway system, said Sandia National Laboratories researcher Mark Tucker. (Photo by Randy Montoya)

If you’re like most people, you don’t spend much time thinking about what would happen if anthrax was released into your local subway system.

Luckily, Sandia National Laboratories engineer Mark Tucker has spent much of the past 20 years thinking about incidents involving chemical or biological warfare agents, and the best ways to clean them up. Tucker’s current project focuses on cleaning up a subway system after the release of a biological warfare agent such as anthrax.

In addition to developing Sandia’s decontamination foam, which was used to decontaminate parts of federal office buildings and mailrooms during anthrax letter attacks in 2001, Tucker has led Sandia’s team during numerous chemical and biological remediation projects sponsored by the Department of Homeland Security Science and Technology Directorate’s Homeland Security Advanced Research Projects Agency.

These projects focused on specific remediation situations, starting with cleaning up an airport after a biological agent release. Teams of researchers tested available decontamination methods and technologies, learned what current technologies can’t do, researched solutions and then developed recommendations in case of an airport attack.

A critical aspect of cleaning up chemical and biological warfare agents is figuring out what the contaminant is and how far it has spread. Sandia engineer Bob Knowlton has worked on this challenge for a dozen years. His team has developed scientific sampling methods to determine the extent and nature of the contamination. Sampling also is essential to confirm the decontamination was effective and the site is safe to re-enter.

Tucker said, “What we’re trying to do is make it so that if somebody does release anthrax into a subway system, we can get the system back into operation as soon as possible while still protecting public health and safety.”

The DHS-sponsored Underground Transport Restoration project is wrapping up after four years of research. Tucker, Knowlton and about a dozen other Sandia researchers and their collaborators at other national laboratories and local, state and federal agencies have looked at everything from how to clean subway stations and grimy tunnels to where a surrogate for anthrax would go when released inside the New York City subway system and the best way to decontaminate a subway car.

In July 2015, in collaboration with the Environmental Protection Agency, researchers tested the decontamination of a real subway car. At $3 million to $5 million each, subway cars aren’t cheap, so operators need to clean them up to get the system back up and running again. An extra-strong dose of an industrial gaseous pesticide, methyl bromide, can kill anthrax spores without damaging the subway car, said Tucker.

However, the process is time-consuming and subway systems have a lot of cars. For instance, the New York City subway system has more than 6,000 railcars. Knowlton said, “When you think of the number of railcars and the time and effort it would take to decon a significant number, it’s clear that it’s pretty important to determine if a car has been contaminated.”

The current way to test for anthrax is to take swabs, send them to a laboratory and watch for the growth of Bacillus anthracis bacteria. To speed up this process, Knowlton’s team has worked out recommendations for the initial set of samples on the first day after a suspected release to aid decision-makers. These recommendations include suggested swab locations for subway tunnels, railcars, stations, even control rooms.

To reduce the number of swabs that need to be analyzed by laboratories, Knowlton’s team looked at ways to improve that aspect of the process as well. The researchers developed methods to handle subway grime on swabs and suggestions for combining several samples in one culture. If no Bacillus anthracis bacteria grows, then all of those swab locations are clean.

In May 2016, researchers released harmless particles about the size of anthrax spores into the New York City subway system during operational hours. The test required more than 100 people from several national labs, the EPA and other state and federal agencies to collect thousands of samples to track the spread of particles. The data were used to update a model of the New York City subway system, which can be used to assess the spread of a potential release.

Last fall, Sandia’s team was involved in a large-scale test to figure out the best ways to decontaminate subway stations and tunnels. Subway tunnels tend to be cool and grimy, which makes them hard to clean, Tucker said. During the four-week test in the mock subway, the team looked at modifications to several common decontaminants to improve their effectiveness in subway conditions: bleach, common swimming pool chemicals and Sandia’s decon foam.

In addition to the ingredients of the original decontamination foam — soapy surfactants and mild oxidizers like those found in toothpaste — the new version includes a chemical that helps the decon foam stick to the walls and even the ceilings of the subway tunnel longer, so the decontaminants can kill more of the anthrax. Sandia chemical engineer Patrick Burton developed this version. Even cooler, Tucker said, is that “once the water evaporates, you’re left with a fine powder you can just brush off. It’s a way of overcoming the grime and the temperature problems without creating a mess.”

Sandia’s decontamination foam was originally developed with funding provided by the Department of Energy and National Nuclear Security Administration Chemical and Biological National Security Program. It has been licensed to companies, which have developed it for use in a variety of applications, such as commercial and residential mold remediation, disinfection of hospitals and schools and pesticide removal for farm equipment.

The other new Sandia technology the team tested was a spray knockdown system partly developed with Laboratory Directed Research and Development funds and refined by Sandia technologist Charles Brusseau. Using a very fine mist of charged liquid droplets, dilute decon foam or even plain water, they can attract and pull anthrax spores out of the air. This could prevent people from breathing in anthrax and might even help stop its spread.

Knowlton’s team also demonstrated several new technologies to make sampling easier and more efficient. Among these technologies was a smartphone app to make sample record keeping more reliable and straightforward for those in the field. The app can also combine the laboratory results and the sample locations into a geospatial tool showing contamination hot spots to aid decision-makers. The researchers have even incorporated these tools into augmented and virtual reality systems.

Findings to be available to subway systems and emergency planners

Once the report is completed and reviewed by the pertinent federal agencies, it will be available to municipal subway systems and emergency planners. Previous remediation projects published a 300-page document of their findings, but this project also will transfer its findings into a user-friendly software tool. This software will include a flowchart highlighting decision points. The local, state and federal responders can select a decision such as “decontaminate subway cars” and see the information they need to make an informed choice.