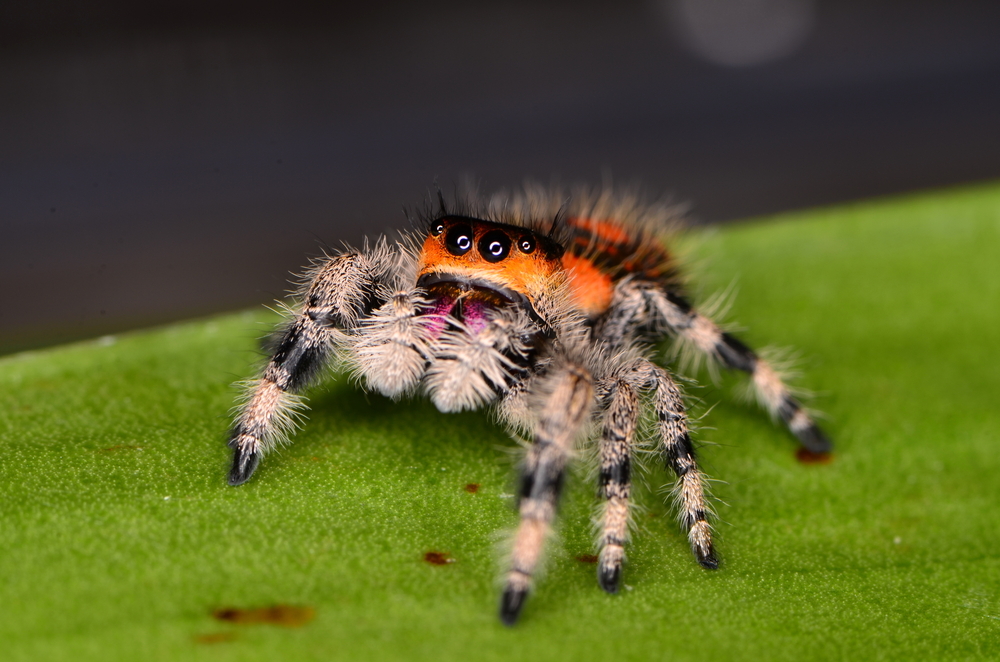 Spiders are equipped with a series of special tools to survive in a harsh environment. Some arachnids can set traps for unsuspecting prey while others can shoot powerful, poisonous silk from their mouths to catch their next meal.

A new study, however, sheds light on a previously unknown attribute found in these creatures.

Researchers from Cornell University discovered jumping spiders can use small hairs on their legs to “hear” sounds coming from distances at least 3 meters away.

Metal microelectrodes were placed in the jumping spider’s poppy-seed-sized brain to show how auditory neurons could sense these noises.

Typical methods for studying spider neurology involves dissection, which can kill these animals. The team opted for another strategy focused on creating a small hole that sealed itself around a hair-sized tungsten microelectrode, according to the university’s press release.

The experiment was conducted in a special cage that prevented vibrations from occurring. A high-speed video recorded the spider’s behavior when coming into contact with sound as the electrodes captured electrical spikes when the auditory neurons began firing. Further tests involved stimulating sensitive long hairs on the spider’s legs and body that caused the same neurons that fired after picking up distant sounds to emit signals.

Results had shown the spiders were sensitive to stimuli like claps coming from over 5 meters away or low-frequency noises that could match the wingbeats of wasps or the pitch of a very deep male voice, wrote The Guardian.

“We are the first and only lab that has successfully and fully been able to tap into what the spider’s brain is listening to,” said Ronald Hoy, Ph.D., senior study author and Cornell University neurobiology and behavior professor.

Hoy’s lab will continue investigating audio perception and audio neurons in the spider’s brain. Currently, they are making recordings from the brains of fishing spiders, wolf spiders, and similar species.

The study featuring this research was published in the journal Current Biology.